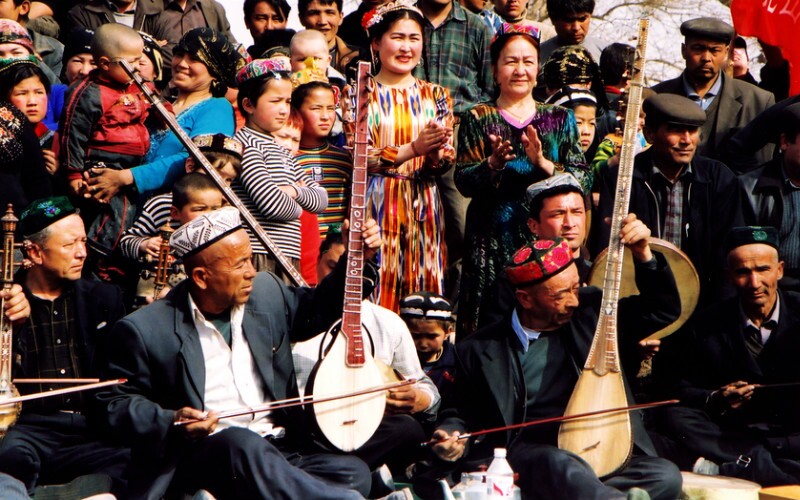 Weather: March in Urumqi is around freezing and quite dry, though the snows begin to melt later in the month. The weather is still wintry.

Pollution: The Air Quality Index has been recorded as 136 in March, so it is only a "lightly polluted" month. If you have a sensitivity to pollution, you should reduce exposure and outdoor activity in the city.

Things to Do in Urumqi in March

Mountain roads outside the city may be impeded by mudslides during the thaw, which would be a shame as there are some great mountain attractions around Urumqi, with clean air, fine mountain views, and Kazakh culture. See more on Urumqi Weather in January. If you do go to Urumqi in March, we recommend venturing out to do some shopping in the city.

Do Some Local Shopping in the Bazaar and Market

The Urumqi Grand Bazaar is a great place to buy souvenirs in the Uyghur ethnic district. It has products like dried fruit from all over Xinjiang.

To escape the wintry weather you may prefer to see the city's top three museums, showcasing the Silk Road, ancient mummies, and geological wonders. See Urumqi Weather in February.

In March in Urumqi, a traditional festival called the Nuòlǔzǐ Festival (诺鲁孜节 'Promise Beasts Diligence Festival') is for shepherds who celebrate the survival of their domestic animals after a freezing winter.

Traveling in March is more economical and comfortable, and you'll have more choices since it's not yet the busy season.

There will be hardly any tourist crowds, low prices for Urumqi flights or train tickets, and hotel room prices are cheaper. We can help you arrange these, and other China adventures.