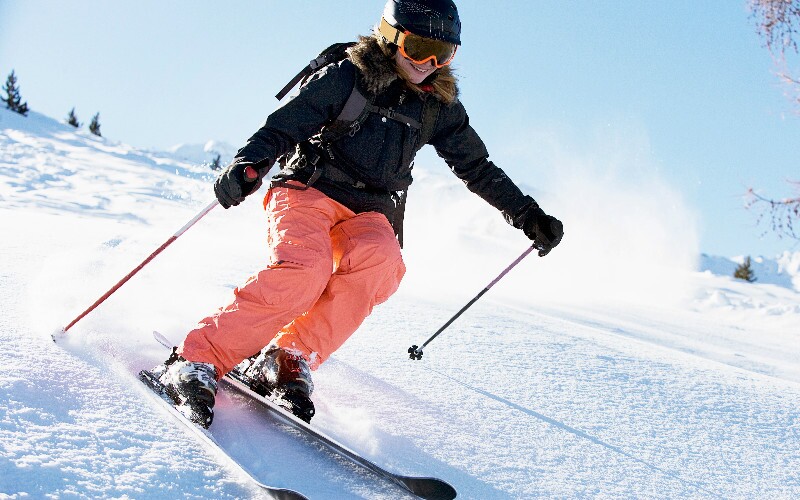 In Urumqi's winter you will need thicker head gear than this beautiful collection at Xinjiang Museum.

Weather: February in Urumqi is very cold and very dry. It is not recommended for touring.

The average daily high temperature is -6°C (21°F), and it gets much colder at night and with windchill! There is only about 8 mm (1/3 inch) of snow that falls lightly on 7 days of the month.

Pollution: The Air Quality Index has been recorded as 231 in February, so it is a "heavily polluted" month. If you have any sensitivity to pollution, avoid coming in this month. Even healthy people will be noticeably affected.

Urumqi has been cited as the most polluted city in the world, but it is not that bad all year round. Pollution reduces greatly outside the winter months, and outside the city.

Things to Do in Urumqi in February

Outdoor activities in the city are best avoided due to the pollution and frozenness. However, if you journey outside the city, there are some reasonable ski resorts, as well as regions with clean air, fine mountain views, and Kazakh culture. See more on Urumqi Weather in January. As February is a frigid and smoggy month, outdoor activities are recommended, and there are none better in Urumqi for tourists than its museums:

The Chinese New Year Festival and the Lantern Festival occur during February in 2/3 of years, and this is the best time to experience traditional Chinese culture. February does not fall during the busy travel season, and booking hotel rooms and traffic tickets is easy, but celebrations will be muted in Urumqi, as it is a Muslim minority area, and it's very cold! February does not fall during the busy travel season, so you'll be one of very few travellers in Urumqi, and this is understandable from the frozen weather and pollution!

(If Chinese New Year falls in February as it does about 2 in 3 years, expect heavy travel volume in China, heavily booked hotels, higher prices, and more crowds, due to workers and students returning home. All but the largest shops close for several days starting from Chinese New Year's Eve.)

Otherwise, expect travel and tourism to be virtually zero, and for lower prices for Urumqi flight or train tickets. Hotel room prices are also cheaper. We can help you arrange these, and other China plans.