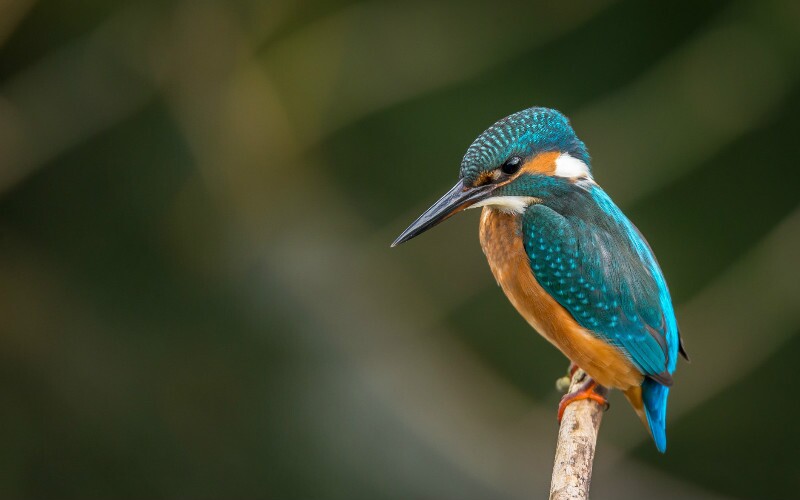 There are many rare and endangered animals at the Louguantai Wild Animal Breeding and Protection Centre in Zhouzhi County. The Centre is based approximately 76 kilometres (1.5 hours) from Xian. It is the first crested ibis breeding centre in China. Apart from crested ibis, there are also many other rare animals here, including giant pandas, golden monkeys, black bears, leopards, giant salamanders, peacocks, antelope, white lipped deer, musk deer, vulture and owl.

As one of the fifty rarest birds in the world, the crested ibis is regarded as an "Oriental treasure" and has been afforded special protection in China. In the last century the bird widely spread over Asia. China, Japan, Russia and many other Asian countries were once habitats of the crested ibis. As a consequence of the widespread destruction of forests and wetland habitats, and the illegal hunt for its long white breeding plumage, the species declined dramatically to a population of hundreds. The bird, somewhat like the Chinese egret, is extraordinary beautiful, with red cheeks, a hooked beak and white plumage. It was regarded as a symbol of happiness and good luck by the ancient Chinese and was even called the "bird of auspiciousness"

Shaanxi is the only habitat for this rare bird in China. The Louguantai Crested Ibis Breeding Centre is a famous breeding base for the crested ibis away from its original birth places. 21 crested ibis have been bred over the last year and there are more expected this year. To help them avoid distraction from outsiders, workers here put each "couple" in an enclosed huge netting cage.

A Giant Panda Breeding Centre is also under construction which will be the fourth of its kind in China after that in Wolong, Sichuan, Chengdu, and Beijing.