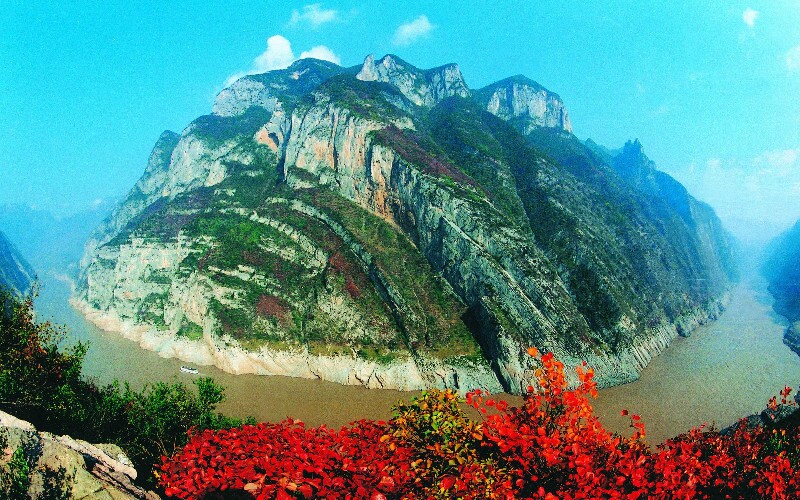 There are four cruise routes of the Yangtze River with the most beautiful scenery:

Most cruises are between Yichang and Chongqing, the favorite cruise route with our customers. The most popular cruise company is President Cruises, which has superior five-star cruise ships with high-end service. Although Yichang is often overlooked by travelers, who travel straight through to board a Yangtze cruise ship, Yichang has a freshness and tidiness, and has some picturesque natural sights in the vicinity.

China's largest municipality, Chongqing, has a number of tourist attractions. You can reach Chengdu to see giant pandas from Chongqing with only a few hours’ drive.

The Differences between Upstream and Downstream

In Chinese peoples’ opinion, downstream means "plain sailing", therefore many Chinese people tend to choose downstream. In fact, both upstream and downstream have their advantages and disadvantages. The choice of upstream or downstream depends on your travel schedule and what is important to you. 2. No Motion at Night
Generally speaking, downstream ships dock in the evening and never travel at night. Therefore there is no rocking motion during nights, which may affect passengers’ sleeping or nighttime relaxation on upstream cruises. Even people who are very sensitive to motion sickness or are light sleepers can have the best chance of a good night’s sleep. Furthermore, all the scenery is passed during the day, so passengers do not miss any beautiful scenery during the hours of darkness. the night view of the Bund, Shanghai

1. Slower Cruises
The average speed of an upstream cruise is 16 kph (10 mph) compared to 29 kph (18 mph) for downstream cruises. Passengers have more time to enjoy the charming scenery, listen to the explanation of the attractions, ask questions about the attractions and take photos.

2. A longer cruise allows you more time to find about Chinese culture, history and customs through the greater number of shows and longer commentaries.

1. Travelling at night
Due to the slower speed, cruise ships travelling upstream have to travel at night in order to reach shore excursion destinations and scenic attractions in daylight hours. It may affect passengers’ sleeping and inevitably some scenery will be passed by at night, but the journey is arranged so that the highlights are seen in the daytime.