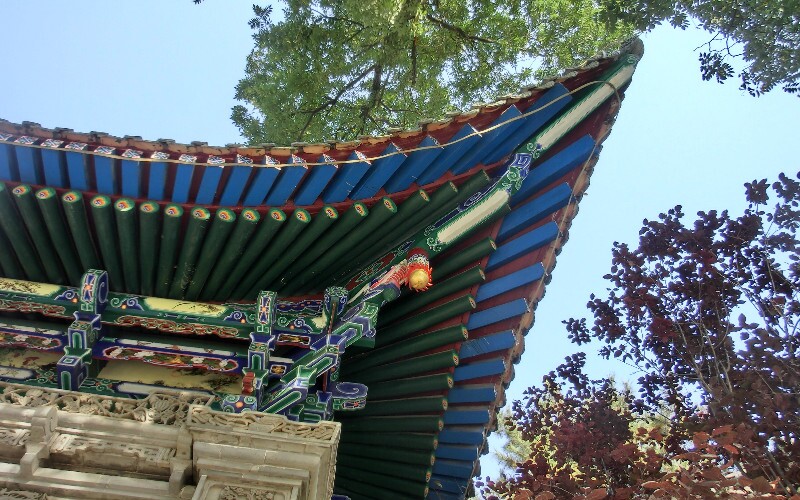 Located in the north of Zhongwei City, Gaomiao Temple faces the south with a general area of 2510 square meters. The temple combines a group of well-preserved ancient buildings in a majestic atmosphere. The techniques of building of temple are well-known all over the world. All the main buildings are located in the temple on an axis.

The Gaomiao Temple is unique for combining three religions of Confucianism, Taoism and Buddhism into one. There are about 174 sculptures of religious images in the temple, which are so lifelike and exquisite that they dazzle the beholders.

The subsidiary buildings in the temple are scattered to be symmetrical and balanced on both sides of an axis. The main buildings and subsidiary buildings are connected by interlacing bridges. On the high board of only more than 2000 square meters, there are about 900 worship halls with diversified styles. The whole groups of buildings are famous for the exquisiteness of its worship halls, the mutual contact of eaves teeth, the high raised upturned roof-ridge, and the bended corridors in a neat order. It is certainly a masterpiece of ancient building in Zhongwei, even all over China.

Besides climbing up the stone steps to the temples to worship the Buddha, tourists can also come down to underground hell, which is a highlight of touring in the temple. To enter the underground palace, tourists are to go through a narrow underpass. The hell imitates the images and environment of an underground palace in ancient Chinese legends. According to the legend, when people of sin die, they are sent down straightly to the hell, and being tortured there. The scenes such as people being boiled in an oil cauldron, being cut off their tongues and being strapped can be seen in the hell. The sculptures in the hell look quite scary and ugly.

zhongwei Zhongwei Travel Guide - How to Plan a Trip to Zhongwei