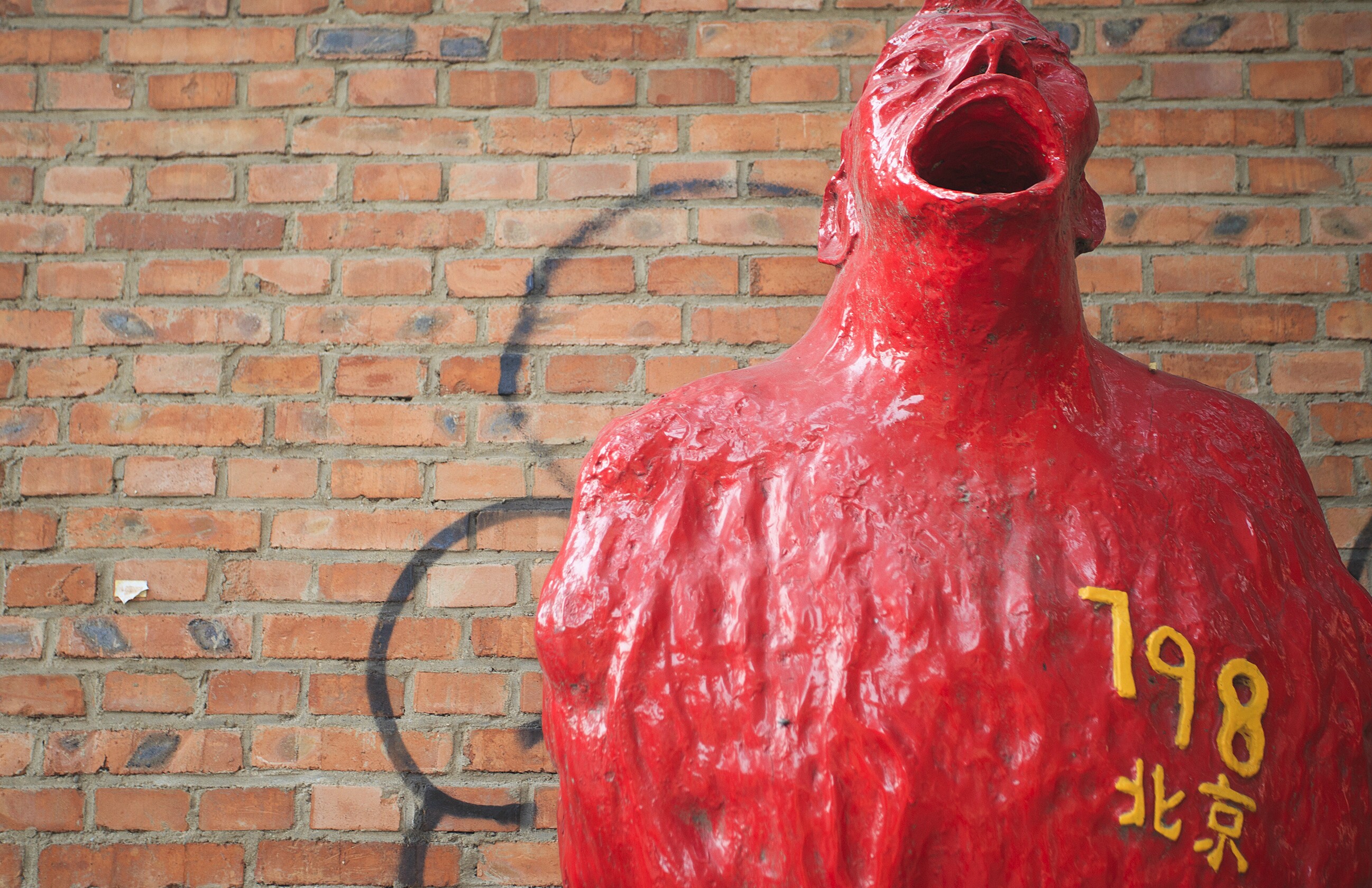 Apart from the famous historical temples, museums, parks, and monuments, Beijing is full of other interesting and little-known sights. You can spice things up by seeing something a little bit unusual, but memorable. Sometimes it is the best way to stay away from the ever-busy mainstream attractions while at the same time enjoying your travel to the fullest...

Under Beijing is the underground city, comprising of, among other things, underground tunnels that were meant for public safety in case the Russian army had invaded China during the cold war. The tunnel network covers about 85 square kilometers. Inside these tunnels are rooms full of horded materials that were meant for safety from a nuclear assault. There is also the silk farm run by Qianmen Arts and Crafts center, and the rare posters of Chairman Mao dating to the early 1970s.

You are required to make arrangements before going there, otherwise you might think the area is closed to the public:

Caochangdi, a Chinese village on the outskirts of the city dotted with a number of high-profile galleries of Beijing art galleries - including gallery of the famous Ai Weiwei - offers the 798 Art District. Inside is the Artist Studios, which not only offers you the option of enjoying some of China’s ancient art and culture; you can also take some home! The choices range from the contemporary to the controversial items.

It is the largest art district in the city. After gallery-hopping, try Caoba, a Caochangdi bar that hosts movies on their rooftop terrace. Though Caochangdi area is tough to maneuver, it pays off.

China's Beijing has some of the weirdest museums you could find world over, and the choice is endless.

If you want to have a feel of what much tension still exists between the Chinese and Japanese people, you need to check in to the Chinese People’s Anti-Japanese Museum. It is located in the Southwest Beijing. Here, 9, 000 photos, documents and cultural relics from the Sino-Japanese war are exhibited. The war was locally known as the Anti-Japanese War, thus the name of the museum.

Wandering into the Honey Bee Museum will see you learn all about the history and evolution of bees, beekeeping practices, and even sample different kinds of honey. One subject of particular interest is the different dances bees use to communicate with one another.

Learn about all of the great figures of Chinese history, from ancient emperors to recent pop icons, at the Beijing Wax Museum. It is located in the Hall of Abstinence in Ditan Park. There are three exhibition halls, housing well over 100 figures.

The address is Panggezhuang Town, Daxing District. It is located inside inside the Watermelon Research Institute. The museum is a tribute to Beijing's favorite summer fruit.

The address is Zhoukoudian Dajie, Fangshan District. This museum is built where Peking Man - the first humanoid discovered in China - was found. Read more on these and other weirdest Museums in Beijing.

The Wangfujing food street located beside Wangfujing street is well known for strange snacks, roasted animal meat, scorpion meat, and other insects' meet. It is a famous destination for tourists. Donghuamen Night Market also exhibits strange foods on the streets. It attracts travelers who come to eat a variety bizarre foods such as spiders, snakes, star fish, crickets, honey bee larvae, and scorpions

The HIAS Gourmet asks the question why just indulge in the most exquisite Chinese and Asian cuisine in the Orient and not learn how to cook it too? Hidden within the central hutong area - 7 Xinsi Hutong to be exact - the HIAS offers not just some of the most mouth watering dishes in town, but customers can also take home tips offered by top chefs on how to cook them. You can make a few new friends and “play with their food.”

Though our Beijing tours don’t cover all the over 70 Beijing Attractions we have information on them. Just let us know if you want to visit one or more of the more offbeat attractions (or something else entirely), and we will do our very best to work it into your itinerary for an excellent value price.