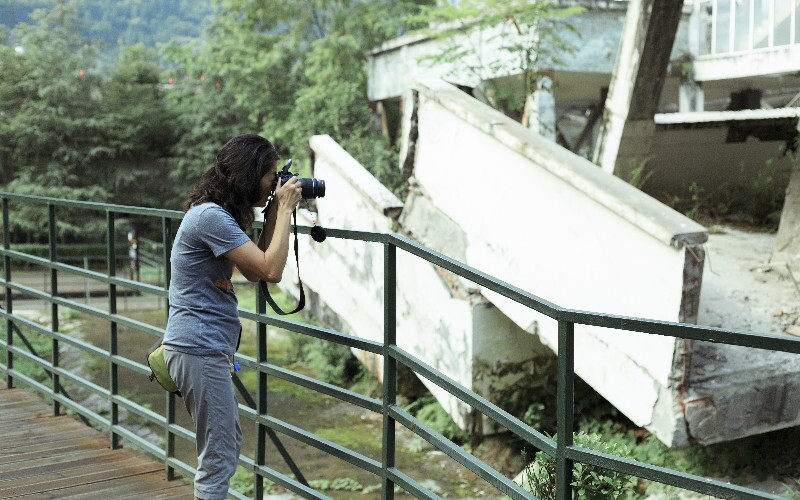 While there are many sites in China that can showcase the nation's long history, many tourists also wish to learn about recent events. The Chengdu Beichuan Earthquake Memorial is both a heart wrenching and inspiring memorial to the human tragedy of the Sichuan earthquake that occurred in 2008.

A Living Memorial to a Terrible Tragedy

The 2008 Sichuan earthquake devastated the Sichuan province, leading to over 70,000 deaths and rendered millions of Chinese citizens homeless. In Beichuan alone, over 8600 citizens died. The provincial government decided to make the destroyed Beichuan county seat a memorial and living museum to commemorate the disaster.

By transforming the town into a memorial, the government and people of China hoped to leave an enduring memorial to their loss. Future generations would be able to come and see the terrible toll of the quake and the efforts to recover from it.

The most terrible aspect of the earthquake was the number of children who died in it. Many schools collapsed, trapping the students and teachers within. In fact, the Beichuan Middle School, where over 1,000 teachers and students died, is placed just behind the primary entrance to the museum.

The memorial site now includes a visitor center and museum, built on the site of the Beichuan High School. In addition, the ruins of the town of Beichuan have largely been opened to the public. In addition, there are surrounding lakes that were created by the earthquake.

The Importance of the Chengdu Beichuan Earthquake Memorial

This memorial represents one of the only cases of preserving the ruins of a modern city that has been struck by an earthquake. The city is mostly preserved as the earthquake left it, save for construction work to make the ruins safe for visitors. Many of the buildings appear much as they did only a few minutes after the earthquake struck.

As a symbol of the devastation of the earthquake and of the determination of the Chinese people to remember its lessons, Beichuan has a powerful impact on visitors. It is important for all visitors to remember what the museum commemorates and treat the site in a dignified manner.

Finally, the Chengdu Beichuan Earthquake Memorial provides scientists from around the world with an opportunity to observe the after effects of a major earthquake on a modern city. These lessons may very well help to save lives when future earthquakes strike.
Discovering China’s Heart

The Beichuan Earthquake Memorial does not simply commemorate a terrible tragedy, but also salutes the Chinese people. Touring the memorial park can allow the visitor to understand both the tragedy and the strength that has allowed the Chinese people to recover from it.

In fact, after visiting Beichuan, tourists should consider visiting Yongchang Town, the new county seat of the Beichuan Qiang Autonomous County. Many of the residents of Beichuan moved there in the aftermath of the earthquake, and the town is a showcase for China's recovery from the devastation of the quake.

Both as a memorial to the human cost of the earthquake, and as a symbol of the determination to move beyond it, the Beichuan Earthquake Memorial is a striking example of China’s living history. The wise traveler should definitely make it a point to visit this poignant site.

Beichuan is located approximately 143 kilometers (88 miles) North of the provincial capital of Chengdu, and is accessible by scheduled bus trips. The price to tour Beichuan is 158 yuan per person. This includes all fees associated with touring the site and trips should be booked at least one week in advance.

While the museum is indoors, a large portion of the memorial park is outdoors. Visitors should prepare themselves by selecting comfortable walking shoes and clothes. Depending on the time of year, it may be wise to check the weather forecast before departing and dress accordingly.

When touring the site, the visitor should note that residents from the surrounding area often visit to pay respects to the deceased. It is not uncommon to see incense burning at the site of some of the ruins. This is especially common during the anniversary of the Sichuan earthquake.

Finally, any tourists who have handicaps that impair their mobility should check with their travel agencies well in advance to determine what, if any measures they will have to take. This is especially true for individuals who are dependent on wheelchairs or other mobility aids.