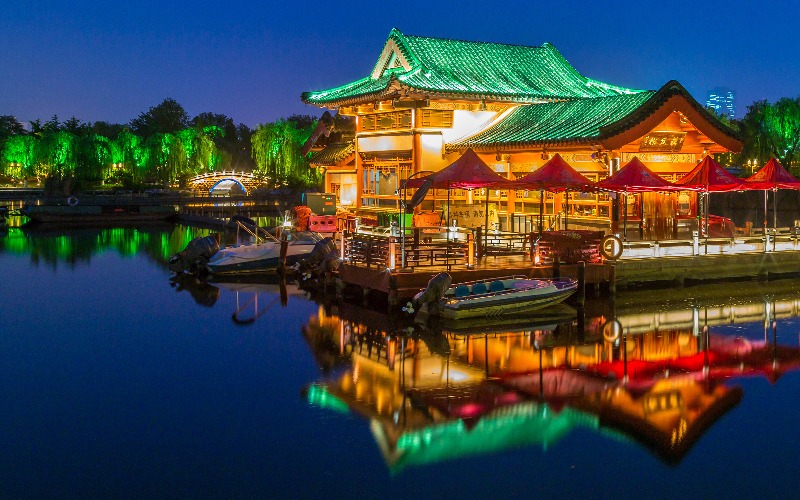 There are 94 pairs of high-speed trains operating between Beijing and Jinan every day and five pairs of normal-speed trains. The journey duration is from 1 hour 22 minutes to 2 hours.

If your time is limited, a fast day trip to Jinan from Beijing is a good choice because the high-speed trains are available every 15 minutes.

The train schedules are adjusted frequently by China Railway. Check out the Jinan–Beijing up-to-date schedules

Please note that high-speed trains arrive at either Jinan Railway Station or Jinan West Railway Station. Please pay attention to the names of these stations to make sure you use the right one.

Please also pay attention to the stations in Jinan when you take a normal-speed train. There are two different stations: Jinan Railway Station and Daminghu Railway Station.