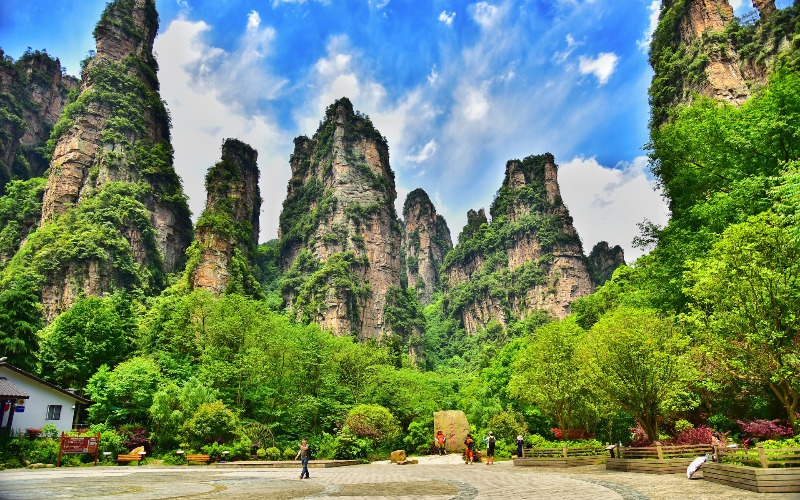 Eight pairs of bullet trains travel on this route daily, with a travel time of about 3 hours. With the operation of the Changsha – Zhangjiajie high-speed railway, it has become more convenient and faster to travel from other cities, such as Guilin, Guangzhou and Guiyang, to Zhangjiajie.

Currently, there are five pairs of normal-speed trains running between Changsha and Zhangjiajie.

1. In Changsha, the terminal for these high-speed trains is Changsha Railway Station, which is centrally located near the city center.

Please be aware that it is a different station from Changsha South Railway Station, which is the main high-speed train station for trains to Beijing, Shanghai, Wuhan, Guiyang and Guilin.