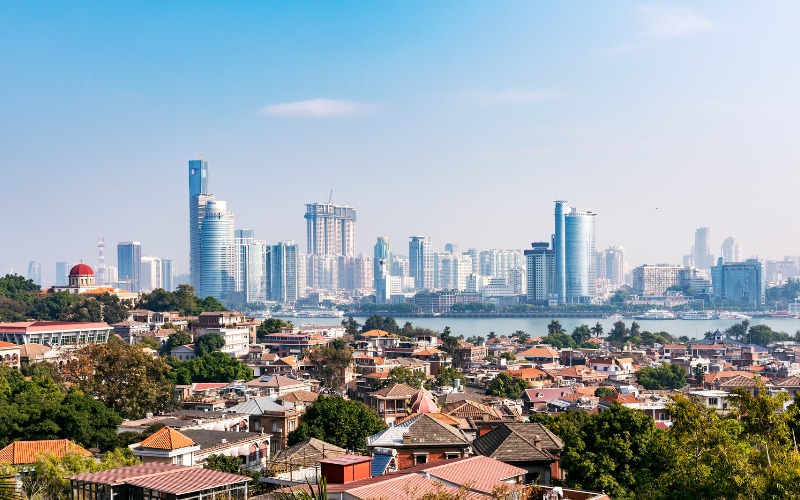 There are four pairs if high-speed trains running between Suzhou Railway Station and Xiamen North Railway Station, with the travel time of about 9 hours. All these trains travel during daytime. First class and second class of seats are available on board, with the ticket fare of USD 103 and UD 65 respectively.

Suzhou to Xiamen high-speed trains have first class and second class seats on board.

Second class is the most commom class of seat on China high-speed trains. The ticket fare is the lowest on bullet trains. Second class carriages has five seats in a row: two on one side of the aisle and three on the other. All seats face forward. The space is more spacious than economy seats on an airplane.

First class carriage has four seats in a row, two on each side of the aisle. The seats are larger and have more leg room and elbow room than second class seats. First class seats are numbered A, B, C and F. A and F are window seat; C and D are aisle seats.