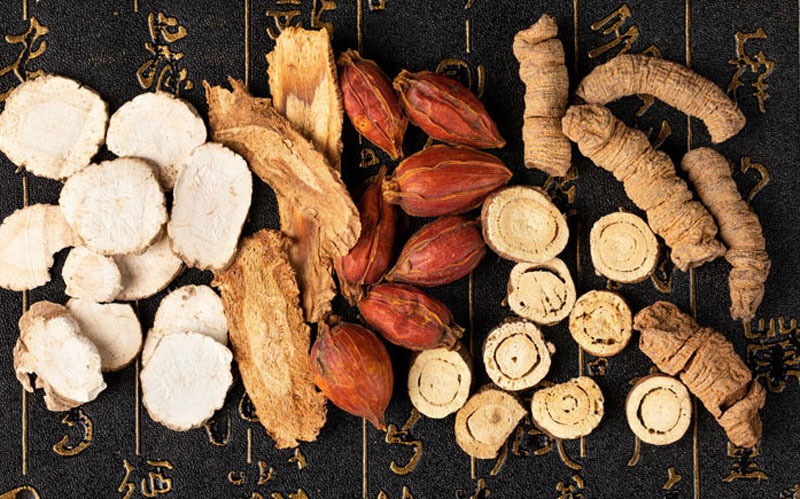 Though the main ideas and techniques of traditional Chinese medicine (TCM) are thousands of years old, these medical practices are still commonly employed in China, and are even being adopted around the world.

In China, you'll find a confusing mixture of modern and traditional medical practices. You may be confused, amused and even frightened by the traditional practices that you see and by the medical advice that you'll receive.

Read on for a better understanding of TCM...

The core belief of traditional Chinese medicine (中医, zhōng yī, /jong ee/) is about the yin-yang (阴阳, yīnyáng) or qi balance in the body and its organs. There is no scientific evidence for the existence of qi.

What Is "Qi" Believed to Be?

Most Chinese medicine practitioners think that there are many kinds of qi 气 (qì), and the most basic kinds are yin qi 阴气 and yang qi 阳气.

Everything is a balance of yin and yang. Yin 阴 is female, dark and formless. Yang 阳 is male, light, and form. Females have more yin qi, and males have more yang qi, and as people age, they lose qi.

The core idea of Chinese medicine is that people can increase or decrease the various qis in the body, and its parts, by various medical techniques, to create a healthful yin-yang balance.

It is believed that qi deficiencies (i.e. poor health) in a person or a body part can be corrected by eating proper food, taking herbs and medicines, using physical manipulation such as cupping, moxibustion, acupuncture and massage, or doing meditation and physical exercise such as qigong.

How to Replace Qi

For example, if a woman is sick or weak from a lack of yin qi, she can eat foods high in yin qi such as melons or goji berries or various high yin herbs.

Older men may want to take herbal and food remedies, such as drinking ginseng tea or eating seahorse dishes, because they are high in yang content, or get a moxibustion treatment that adds Yang to the body.

How to Improve Qi Circulation

If, due to injury or stress, the qi circulation gets blocked or stagnated, all the above medical techniques can be used to unblock the qi channels called meridians, or increase or decrease the qi in various locations. However, a medical practitioner should help you decide which procedure will best help to cure your condition.

Qigong and tai chi practitioners think that special exercises and meditation helps the qi in the body to circulate. They think that by practicing, they can learn to control the motion of qi, and use the qi to heal injured body parts, cure diseases, get healthier, defend themselves, and live longer.

See more on The History of Traditional Chinese Medicine.

The Most Common TCM Techniques

Fire cupping:This ancient practice isn't just a Chinese tradition, it has been practiced for hundreds and thousands of years across Eurasia and North Africa. The Chinese style uses the acupuncture meridians. It is used to remove yang from the body, and it is appropriate for conditions such as bronchitis, heat stroke, and hot weather-related conditions.

Traditional herbology and medicines:In many ways, Chinese herbal medicine is similar to Western herbal medicine, though the emphasis is on promoting the yin-yang balance.

Massage: It seems like there are massage parlors everywhere, and there are various styles that are all thought to be good for the health, some of which are more appreciated by Chinese than foreigners.

Medicinal cuisine: The emphasis in this traditional method of meal preparation, special recipes, and way of eating is to promote the yin-yang balance.

Moxibustion: This is another surprising technique and is used to add Yang to the body. It is appropriate for women with birthing problems, older men, and cold weather-related health issues. The mugwort smoke is thought to have medicinal properties.

Qigong: Meditation and special exercise, such as qigong and tai chi also manipulates the qi balance and the body fluids in the body.

Our tours are customizable, so you can discover more of what you’re interested in. Start from our recommended sample tours like those below, or let us know your requirements and we will tailor-make your journey of discovery.