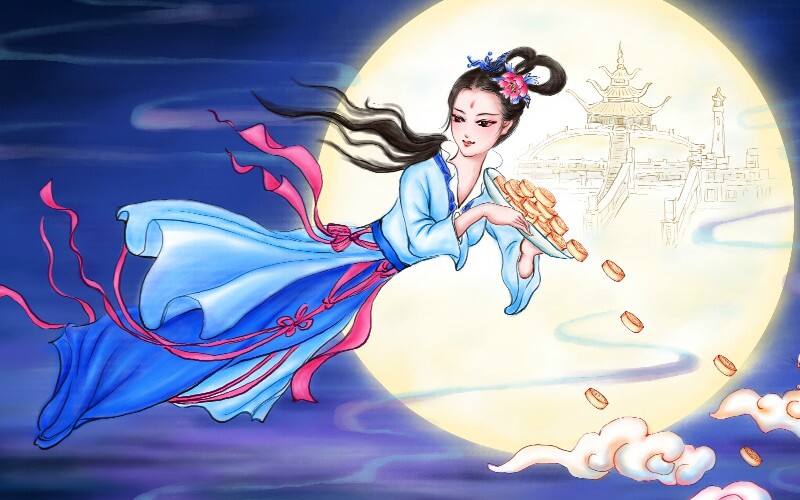 What is the Origin of Mid-Autumn Festival? A Brief History

The Mid-Autumn Festival has a history of more than 3,000 years. It was derived from the custom of Chinese emperors worshipping the moon during the Zhou Dynasty. The Mid-autumn Festival first appeared as a festival during the Song dynasty. Nowadays, it has become a Chinese public holiday and has been China's second-most-important festival.

Some Chinese still put out offerings for the moon goddess.

Ancient Chinese emperors worshiped the harvest moon in autumn, as they believed that the practice would bring them a plentiful harvest the following year.

The term "Mid-Autumn" first appeared in the book Rites of Zhou (周礼), written in the Warring States Period (475 – 221 BC). But at that time the term was only related to the time and season; the festival didn't exist at that point.

Appreciating the moon with family during the Mid-Autumn Festival has been popular in China for hundreds of years.

In the Tang Dynasty (618 – 907 AD), appreciating the moon became popular among the upper class.

Following the emperors, rich merchants and officials held big parties in their courts. They drank and appreciated the bright moon. Music and dances were also indispensable. The common citizens just prayed to the moon for a good harvest.

Later in the Tang Dynasty, not just the rich merchants and officials, but also the common citizens, began appreciating the moon together.

In the Northern Song Dynasty (960–1279 AD), the 15th day of the 8th lunar month was established as the "Mid-Autumn Festival". From then on, sacrificing to the moon was very popular, and has become a custom ever since.

The tradition of eating mooncakes during the festival began in the Yuan Dynasty (1279 – 1368), a dynasty ruled by the Mongols. Messages to rebel against the Mongols were passed around in mooncakes.

People promoted many different activities to celebrate it, such as burning pagodas and performing the fire dragon dance.

Nowadays, many traditional activities are disappearing from Mid-Autumn festivities, but new trends have been generated.

Most workers and students regard it simply as a public holiday to escape work and school. People go out traveling with families or friends, or watch the Mid-Autumn Festival Gala on TV at night.