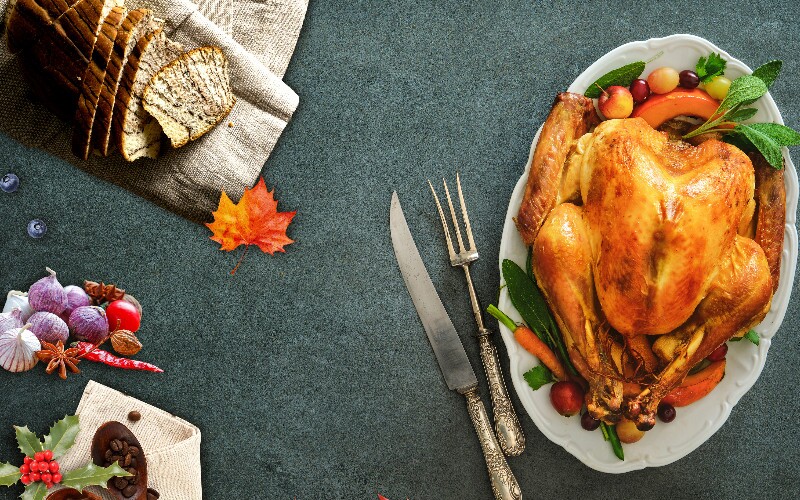 Like many American cultural things, the Thanksgiving holiday that originated in the United States is catching on in China — a little.

It is mainly celebrated among Canadians and Americans who live in China, and sometimes teachers teach kids about the holiday. But the kids and adults reinterpret the day to be a day for giving thanks to their parents, teachers, friends and other people.

In the US, it was meant to be a holiday for thanking God for his blessings, and it is celebrated on the fourth Thursday of November. Thanksgiving in Canada is celebrated on the second Monday of October. If Chinese people celebrate it, they celebrate it on the American date maybe thinking of Indians, Pilgrims, sailing ships, turkey and pumpkin pie since the story is known among educated people.

It is said that the Chinese are the only people other than North Americans who celebrate Thanksgiving. American teachers have been teaching kids about this holiday and how America was settled by Pilgrims for several decades now, and it has caught on among younger people and Christians in China.

Picking up on this American holiday, Chinese people generally think this is a time to have a Western meal and thank friends, family, workmates, and teachers or bosses. They call it "Gan'en Jie" (感恩节, literally: 'thanks for grace holiday'). So foreigners in China might hear people say "thank you" and receive a small gift.

Chinese Christians usually know the day was a holiday for early settlers in America for thanking God for blessings. Some churches have adopted Thanksgiving as a special day for giving thanks. So the people might have a special meal and pray.

How Expats Celebrate on Chinese Mainland

However, finding turkey is problematical in most cities unless their is a foreign-oriented store there. So people usually roast geese or chicken instead. In many of the best international hotels, roasted turkey can often be had on Thanksgiving Day. Expats may also be able to order a turkey delivered on Thanksgiving Day from a hotel restaurant. New Chinese supermarkets in the big cities such as Shanghai and Beijing may also stock frozen turkey.

The Americans generally like to surprise their Chinese guests with the exotic holiday concoctions: ground potatoes with butter on top, strange pink sour berry sauce from cans, cold black tea with ice and sugar?! The ingredients are generally bought at the imported products sections of supermarkets or in stores where expats live, and these imported products cost more than they would in Canada or the US.

North Americans might be surprised by their guests' reactions. The Chinese will often eye the food critically and accept some politely with a smile. Then the expats might surprise their guests with wine or a sweet chocolate cake or apple pie for desert. "So this is usual American food?" is a common question.

Not as Big As Christmas or Easter

Thanksgiving isn't the only foreign holiday that has been adopted to an extent. Christmas is now a big shopping season both in the Chinese mainland and in Hong Kong. April Fools jokes are even played by the younger generation. Easter, like thanksgiving, has integrated with the Chinese Christian culture nowadays too.