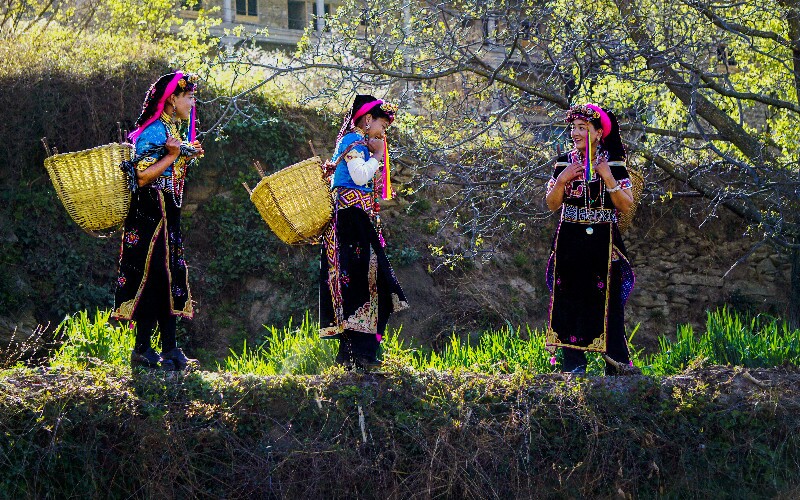 Ganzi Travel Guide - How to Plan a Trip to Ganzi

Ganzi (or Garzê) Tibetan Autonomous Prefecture is located in western Sichuan province, in south central China. Perched on a plateau of the Tibetan foothills, it occupies a large mountainous area of 151,000 sq km (58,000 sq mi). The capital of Ganzi Prefecture is Kangding.

Ganzi was historically part of the Tibetan Kham, and till today, the population is made up of mainly Tibetans. Consisting of 18 scenic counties, it makes an ideal place to experience the Tibetan way of life without the hassle of entering Tibet itself.

Apart from the remote Tibetan settlements, Tibetan Buddhist monasteries, and grasslands, Ganzi is also renowned for its snow-capped mountains and glaciers.

If you want to learn more about Tibetan Buddhism, Seda (Sêrtar) must be on your list of places to visit. Seda is home to Larung Gar Buddhist Institute, the largest Tibetan Buddhist Institution in the world. The rows of tiny red-roofed houses scattered over the hills of some 4,000 metres above sea level make a magnificent sight. Sky burial, which is the most solemn form of funeral for Tibetans, happens occasionally beside the institution.

Tagong offers a good mix of adventure, nature, and culture. Known for its expansive grassland, Tagong is a prime location for  horse-riding. Horse-riding is a staple form of transportation in Ganzi, and you can easily find Tibetan nomads to take you for a ride. Visitors interested in Tibetan architecture should spend a few days in Jiaju, an idyllic village set on the slopes of a steep valley overlooking a raging river.

Luding county boasts Hailuoguo Glacier and Forest Park, home to several geographical phenomenons. Despite the park's lower altitude, there are modern oceanic glacier, ice caves, complete virgin forests, natural springs and wild animals. Travelers interested in natural grandeur should not miss out on the 16 million year-old oceanic glacier that spans over 31 square kilometres! Also, both the hot and cold springs hidden amidst the snow-covered ranges should not be missed.

There are four tourist routes within the county bringing commuters to every corner of the dazzling "pearl on the plateau". You can reach East Valley in the east to explore and immerse in Tibetan Buddhist culture, and Rongbaca in the west (a fork of Yalong Jiang River) to enjoy the infinite charm of Yalong Jiang River. Additionally, you can travel down south to Tongdama to take in the vast grassland scenery, and challenge yourself to a thrilling adventure of rafting on Zakho River in the northwest.

In Ganzi, unlike the rest of Sichuan province which boast a diverse cuisine, there are only a few staple food. Food in Ganzi mainly retains Tibetan way of cooking, especially when you travel out of the centre and to more off-beaten paths. The dishes are often hearty due to the cold climate and the labor-intensive work.

Some of the dishes to look out for are Tsamba, Kangding jelly bean, Yak-meat dumplings, and Maiqiu smoked beef among others. Make sure to try Yak-butter tea and barley liquor (a kind of spirit made from highland barley). It is an old tradition for Tibetans to treat friends from afar to barley liquor.

Getting to Ganzi prefecture from Sichuan's capital, Chengdu, is relatively easy, as there are several ways transportation networks. With the rapid development of tourism in Ganzi in recent years, highways have been constructed to link more populated areas such as Kangding, Yading, Litang and Danba.

Additionally, a few more airports across the prefecture are undergoing development and will soon be functioning.

There are three airports in Ganzi prefecture: Kangding Airport, Daocheng Yading Airport, and most recently Gesar Airport. These three airports are relatively new to accommodate the increasing tourism, and are some of the world's highest airports laying 4,274 metres (14,002 ft) above sea level.

Some of the carriers that fly into these airports are China Eastern Airlines, Sichuan Airlines, Air China, and Lucky Air.

The nearest railway station is Lugu Railway Station, located in Jiulong County within Ganzi, and serves as a junction where the Jiujiang railway line and Chengdu–Kunming Railway line meet.

Land travel to and within Ganzi can take long hours due to the road conditions and vastness.

Daocheng makes a good transit location for travelers coming in from Chengdu. There are buses that leave Chengdu for Daocheng at 10 am in the morning everyday. It takes approximately 24 hours, and a one-way ticket costs RMB 240.

Another more commonly taken land route would be from Chengdu to Kangding. Located 350 kilometres apart, it takes approximately 10 hours by bus. There are multiple buses that runs from Chengdu towards Kangding everyday.

Ganzi lives up to its nickname "Sun City" as it sports a highland valley climate, being typically cool and dry with an annual sunshine total of 2,640 hours, that's over 7 hours a day on average! The highest temperature may reach 32°C (90°F), and the lowest -29°C (-20°F). The climate in different parts of Ganzi varies according to altitude as well.

The most ideal months for travel are in April, May, September, and October, due to less rainfall and moderate temperatures. Spring in Ganzi (April and May) is a suitable time for outdoor activities, with blooming flowers dotting the landscape. Similarly, autumn in Ganzi (September and October) is also enchanting with the colorful falling leaves. These two seasons cater best to photographers inclined to capturing the wonderful vistas.

Summer in Ganzi (June–August) has an average high temperature of 20℃. However, there is a higher chance of rainfall during summer compared to other seasons. Some of the activities and guest houses may not be operational or accessible during bad weather. Beware landslides!

Travel during winter in Ganzi is highly inadvisable. Especially from January to February, the harsh winter conditions will render many attractions closed. Transportation is inconvenient too. Additionally safety measures must be taken.

Due to the high altitude, travelers should prepare for strong sunshine, altitude sickness, and a big temperature change between the day and night.

We Can Help You Visit Ganzi

We can help you visit Ganzi either as part of one of our Sichuan tours, or you can contact us directly and we will tailor a tour to your requirements.