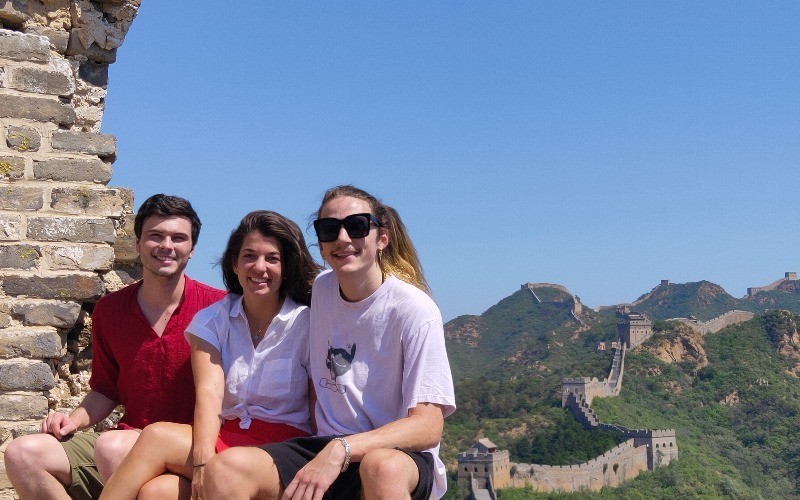 30 Amazing Great Wall of China Facts You Should Know

Read our 30 easy-to-read Great Wall of China facts for interesting info about its length, age, construction, location, and hidden secrets. Get some quick Great Wall expertise to enrich your knowledge or to share with your kids.

4. The First Emperor of Qin was not the first to build the Great Wall. He linked the northern walls of the states he conquered.

6. The main construction materials of the Great Wall were earth, stone, lime, and wood. From the Ming Dynasty (1368–1644), bricks were largely used.

7. The Great Wall is not a continuous line: there are sidewalls, enclosing walls, parallel walls, and sections with no wall (high mountains or rivers form a barrier instead).

8. The main purpose of the Great Wall was for border defense but it also transmitted messages using beacon towers (communication) and allowed troops to travel in a faster way (transportation).

9. Since 1644, when the Ming Dynasty was overthrown, no further work has been done on the Great Wall for military purposes.

1. The Great Wall of China cannot be seen from space by the human eye without aid.

2. Glutinous rice mortar was used to bind the Great Wall bricks, which is much stronger than ordinary lime mortar, and also water-resistant.

3. The Great Wall is poisonous. Arsenic, "the poison of kings" was used to prevent erosion of the Wall by insects like ants.

4. Part of the Great Wall coincided with and protected the route of the ancient Silk Road.

5. The Great Wall also had test projects in  Zhangjiakou of Hebei, to calibrate the quality and specifications of the Great Wall in the Ming Dynasty.

6. The Han people were not the only nation to build a Great Wall. The northern nomads also built their own walls for defense.

7. Large-scale battles were rarely fought at the Great Wall. It was not cost-effective for the nomads to attack its fortifications.

8. The most popular Great Wall legend is about Meng Jiangnv, whose husband died building the Wall. Her weeping was so bitter that a section of the Wall collapsed, revealing her husband's bones. But in reality, no bodies have been found buried in the Great Wall.

9. Writing on the Great Wall was not allowed, but in the Ming Dynasty, every brick was carved with the name of the worker and the dates for individual responsibility.

2. The most visited sections of the Great Wall are around Beijing, but Inner Mongolia has the greatest amount of Great Wall in terms of length and sites.

4. Great Wall reconstruction and protection began with Badaling in 1957. In December of 1987, the Great Wall was placed on the World Heritage List by UNESCO.

5. Many Great Wall bricks were used in building homes, farms, or reservoirs during the Cultural Revolution period (1966–1976).

2. Shanhai Pass is the only section of the Ming Great Wall that meets the sea.

3. Badaling is the most visited section (with over 63,000,000 visitors in a year), and it is often overcrowded with domestic visitors.

The Badaling section of the Great Wall is always busy with visitors.

4. Mutianyu is popular among international travelers — well-restored and family-friendly, it's suitable for combining with a half-day city sightseeing at the Forbidden City or Temple of Heaven.

5. The Jiankou section of the Great Wall, known for being steep and winding, enjoys the most appearances on Great Wall picture books and postcards. It is also the most challenging section for a Great Wall hike.

6. Simatai is not the only Great Wall section that is fully lit up with lights at night, and so is recommended for a night tour alongside Gubei Water Town, which it overlooks.