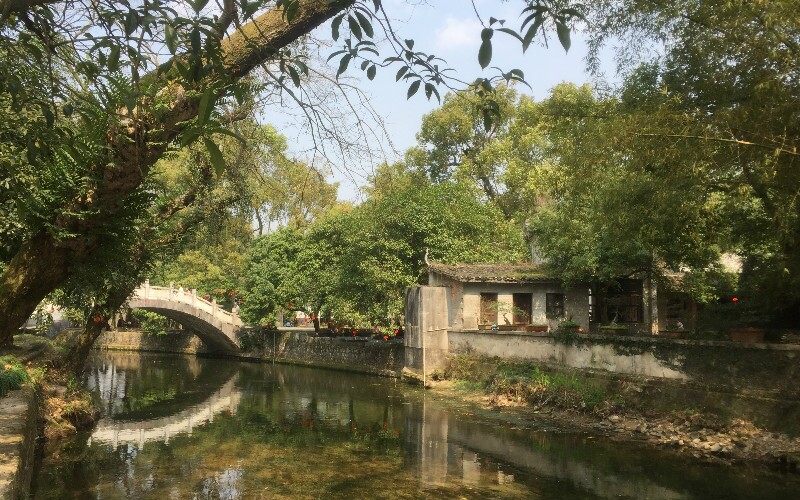 The Ling Canal is one of Guilin’s hidden gems. It is China's second greatest canal

The most unfortunate aspect about the Ling Canal is that it is situated about 70 kilometers north of Guilin City in an area that does not attract many foreign tourists because of its isolation from other tourist destinations. The other tourist attraction in this area is Merryland Theme Park and Golf Resort but by its nature it attracts a different kind of tourist.

The Canal is a wonderful example of the engineering and architectural skill that existed in Chinese society more that 2,000 years ago. The Canal was built in the year 214 BC by First Emperor Qin of the Qin Dynasty.

The canal system connects two rivers, Guilin’s Li River and the Xiang River. But, as these rivers are tributaries of the Pearl and Yangtze Rivers, the connection linked two of the largest river systems in China, thereby opening a huge area to allow travel and commerce to flourish. It was also an important political move as it unified north and south and allowed the Emperor to consolidate his power.

The complexity of the project is more easily understood when we see the difference in water levels between the two rivers, which in some planes is around 6 meters. The project required a complex system of locks and dams to allow the two water systems to merge. At one point the two rivers are only separated by about 20 meters. It is fascinating to watch as the rivers flow in different directions.

It is possible to take a boat ride down the south canal to Xing'an Town, which is well worth the money. The wooden punt is poled along the canal by two boatmen who are happy to point out the points of interest and answer questions if you have someone along who speaks Chinese. They are happy to stop at the most significant spots on the canal for photos or to allow you to get a better look. The ride finishes in the town.

The ticket office at the entrance advertises a boat ride, but this is just across a small lagoon and is not worth the RMB 20 per person for a 50 meter ride. The boat ride down the canal is purchased from the boat operators at the start of the south canal. You can’t miss it.

The canal continues through Xing'an. The walk along the waterway is very interesting. It is lined with old traditional-style buildings, where the residents go about their daily life. It is crowded with domestic tourists at holiday time, but in the low season it can be free of any congestionYou will not be hassled by anybody wanting to sell souvenirs or continually assaulted by "hello, lookie" venders.

The park that surrounds the start of the canal also contains a small museum displaying the wreckage of one of the legendary "Flying Tigers" squadron that operated in the area during the Second World War. There is now a Flying Tiger Heritage Park on the site of Yangtang Airport in Lingui County, where they were stationed.