Harbin Food — Cheer Up Your Taste Buds on a Harbin Tour 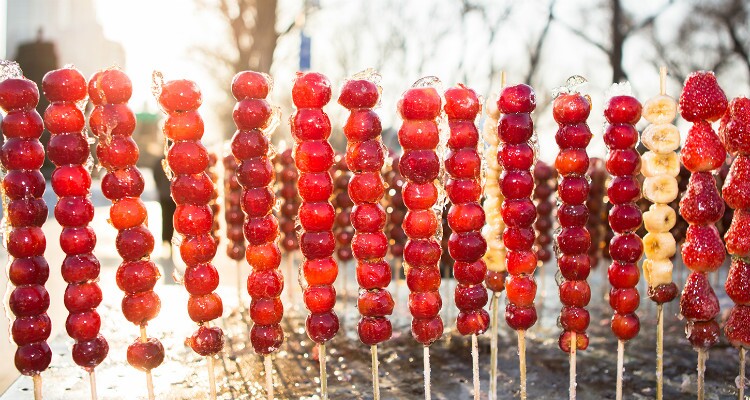 Harbin is not just about the Ice Lanter Festival — the food in Harbin can also enrich your experience when taking a Harbin Tour. Harbin food is influenced by Russia, Korea, Mongolia, and of course Northeast China cuisine, especially Shandong Cuisine. It can be broadly classified into three types: typical Northeast China cuisine, Russian cuisine, and local streets foods/snacks.

Dishes are usually smoked, stewed, or pickled in sauce. They have a wide variety of ingredients and are varied in style. Harbin dishes are saltier and served in much larger portions than those in other cities in China. You will also find that the dishes have a heavy use of vegetables such as cucumber, cabbage, corn, and potatoes.

The following dishes are very common and popular in Harbin: “the Eight Stew Dishes” (including their famous stewed chicken with mushroom), pork bones seasoned with soy sauce, rural-flavor dishes like disanxian and pig's feet, tossed dishes (similar to salads), and of course the Russian cuisine and snacks, like dalieba (or khleb, a kind of Russian bread) and hongchang (Harbin smoked red sausages), due to the city’s history with Russian immigrants.

Among the above-mentioned dishes, we have carefully chosen top 10 Harbin foods based on customer favorites to enlighten your Harbin tour.

This famous dish was created in Harbin in the early 20th century and is still popular among the whole of Northeastern China.

Guobaorou is made of sliced ​​and marinated tenderloin, wrapped in starch and fried until golden brown, then cooked with sweet and sour sauce. It’s sweet and sour, crispy and tender.

“You haven’t really visited Harbin if you haven’t tasted this dish!”

Thanks to its close distance and ties with Russia, Harbin is the best place to taste authentic Russian dishes in China. Both the decoration and flavors of the Russian restaurants of Harbin present you with a "Moscow of the Orient".

The taste of Russian food is rich and hearty, salty, and maybe sour with pickles. The characteristic cooking methods are roasting and smoking.

This traditional dish is basically stir-fried potato, eggplant, and peppers.

It looks like a simple home-cooked dish, but the method is exquisite. The potatoes should be mushy but not crispy, the eggplant should be flavorsome but not too salty, and the peppers should be well-cooked but taste crispy. The simpler the dish, the more the effort that needs to be paid to make it appetizing.

It might be because of the cold weather that people in Harbin and Northeast China love stew dishes that warm their stomachs.

There are "Eight Stews" in Harbin that have reached a level of traditional renown: stewed chicken with mushroom, braised pork with vermicelli, stewed catfish with eggplant, stewed spareribs with green beans, Demoli stewed fresh fish, stewed beef with tomato, braised beef with potatoes, and lamb stew with sauerkraut.

Among the eight stew dishes, stewed chicken with mushroom is the most popular one. Chicken is shredded and stewed with mushrooms, ginger, scallions and vermicelli (bean or sweet potato noodles). When the dish is ready, the chicken and mushroom taste soft, tender, and smooth. It is nutritious and fragrant, and a perfect dish to warm you up in winter.

Khleb is a kind of Russian bread. Its loaves are big and round, as heavy as 2.5 kilograms (5.5lb). It tastes fragrant with a hard crust, but it’s soft inside. The ingredients of this bread are flour, salt, and hops. Khleb is convenient for carrying and storage.

Hongchang (smoked red sausages) are made with lean meat and smoked with wood. They have a thin covering of charcoal ash, and because of it you can taste the true smokey flavor. It is spicy and glutinous, and, compared with other sausages, not greasy and easy to chew.

You can make a sandwich with the khleb and hongchang for an exotic flavor. Both are sold in lots of bread and pastry stores in the city, especially Central Avenue. A famous brand is Churin (秋林), with chain stores to be found almost everywhere in Harbin.

The Madier Ice Cream has a history of over 100 years and its name has remained unchanged from the Qing Dynasty (1644–1912) till now.

It is a characteristic cold drink sold on Central Street with fragrant ice cream. It’s sweet but not greasy. You may surprisingly find people wearing down jackets and waiting in long queues at the Madier stall in winter. The ice cream is said to taste much better in winter than in any other season.

Don’t miss this unique experience when you are in Harbin.

Sweet and crispy sugar-coated haws can be bought everywhere in the streets of Harbin.

Because of the low temperature, the “iced” candied haws are harder in than other places in China, but taste crispier, and are much easier to eat. In addition to the traditional hawthorn sweets, try the candied “haws” made from black dates and golden berries, which have a special taste.

The saying “Chunky gold chain, a fine watch, and three BBQs a day” in Harbin describes how prized the BBQ is in local people’s daily life.

People living in Harbin enjoy the experience of going out, eating barbequed meats, and drinking with friends at night. The characteristic of Harbin BBQ is meat. Different from the fineness and complexity of Southern China BBQ, the non- marinated meats in Harbin perfectly combine with the various complementary ingredients and are grilled with the most original flavors.

Harbin Drinking — Something to Wash down the Food

How can one eat Harbin BBQ without drinking?

Try the local Harbin Beer. Founded in 1900, it comes from China’s oldest and fourth largest brewery.

Qiulin Gevas is another must-try in Harbin. With traditional Russian techniques (fermentation of khleb), it produces a healthy kvass drink (a malted bread low-alcohol beverage) with an excellent taste and rich nutrition.

3 Notable Old Restaurants in Harbin to Trace Its Past

Founded in 1912, this century-old brand is one of the earliest restaurants that serves sam sun dumplings in Harbin. The decoration of the restaurant is antique, and its pastry shells are thin with plenty of stuffing that is fresh and soft.

Opened in 1925, Huamei Western Restaurant is one of the earliest Western restaurants in Harbin. The restaurant assembles all the elite and authentic Russian dishes and mainly deals in the Russian cuisine. However, British cuisine, French cuisine, Italian cuisine, and some other cuisines can be found there.

There are more than 40 famous dishes, such as pork fillet with milk, chicken stewed in a pot; shrimp, beef, mutton, or fish roasted with milk; baked  mutton, and chicken cooked on an iron plate.

Zhangbaopu was founded in the 28th year of Guangxu in the Qing Dynasty (1902).

It is one of the most famous snack shops in Harbin and serves different flavors of steamed buns, like sam sun buns (the ‘three delicacy’ theme appears again), fresh shrimp buns, and tofu buns. The must-try is the rib buns (eat these buns carefully as you may find rib bone splinters inside).

Discover Harbin and Its Food with Us

Want to taste the authentic cuisine of Harbin? Our customizable Harbin private tours can include a food hunt, accompanied by your personal Harbin guide: 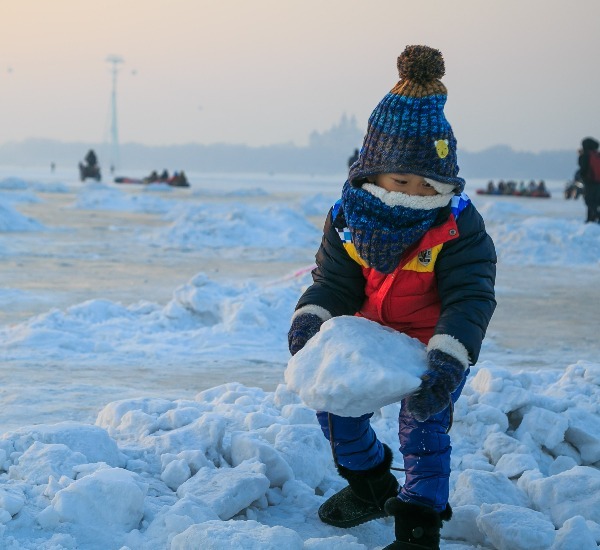