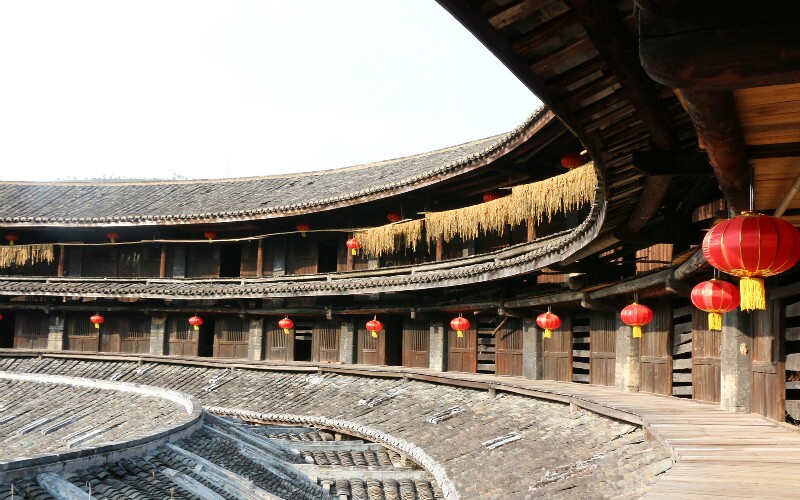 Meizhou Travel Guide - How to Plan a Trip to Meizhou

Meizhou City is a prefecture-level City located in Northeast Guangdong Province. Meizhou is the habitation and hometown of Hakka people, many of who live overseas. Meixian (Mei County) and Dabu County under its administration are considered to be the center of standard Hakka dialect.

Meizhou has a long history. According to archaeological statistics, 398 relic sites of the Neolithic Period have been found in Meizhou. In the Southern Han Dynasty (917-971), it was established as a prefecture named "Jingzhou".

Meizhou is the concentrated habitation for Hakka people. Hakka people are a unique and large group of Han Chinese people. They originally lived around the Yellow River area, but centuries ago migrated south to avoid war chaos. Many of them were forced to the mountainous areas in Guangdong Province. Over about one thousand years of migration, Hakka people are widely distributed all over China and the world as well. In China, Guangdong Province, Fujian Province and Jiangxi Province has the most number of Hakka people, and there are considerable number of them in Hong Kong, Macau and Taiwan. There are many overseas Hakka people too, mainly in Indonesia, Thailand, Malaysia, Vietnam, Burma and Singapore. There is also some distribution in the United States, South Africa, Europe and Oceania. During the last century, many people in Meizhou emigrated overseas looking for new opportunities, with some returning home to build their hometowns.

Hakka folk songs are a feature of Meizhou. Hakka folk songs boast a long history (over 1000 years), vivid metaphor and strong emotion. The folk songs are mostly about Hakka people, about love and their passion for hometown. In 2006, Meizhou Hakka Folk Songs was enrolled as the first batch of China's National Intangible Cultural Heritage.

Round houses are the typical and unique buildings of Hakka people. Round houses are a large and round-shaped living structure which many families can live in. Generally there are 3 or 4 stories, and there is only one entrance for the whole structure and no windows at the ground level. They were originally designed for defensive purposes. Round houses are mostly built with rammed earth, bricks and stones can also be used.

Hakka round houses are regarded one of the five characteristic traditional Chinese folk houses in China, together with courtyard houses in Beijing, cave dwellings in Shaanxi Province, Diaojiaolou (wooden house projecting over the water) in Guangxi Province and Yikeyin (seal-shaped compound) in Yunnan Province.

Meizhou Meixian Airport is located about 4 kilometers from city center. Passengers can take public buses or taxi to get there. Curretly there are two flights between Guangzhou and Meizhou every day, and one flight between Hong Kong and Meizhou every Monday and Friday.

There are trains which connect Meizhou with Guangzhou, Shenzhen, Shantou, Fuzhou, Xiamen, Kunming and Longyan.

There is one bus station in Meizhou (Address: 2 Meishi Road 梅石路2号). It takes only about 3 hours to get to Shenzhen, and 4 hours to Guangzhou by car.

Meizhou is located in subtropical monsoon climate zone, with abundant rainfall and sunshine. It has long, hot summers and mild, short winters, and the annual average temperature is 21 °C (70 °F). Rainfall from April till September takes up most of the annual precipitation.