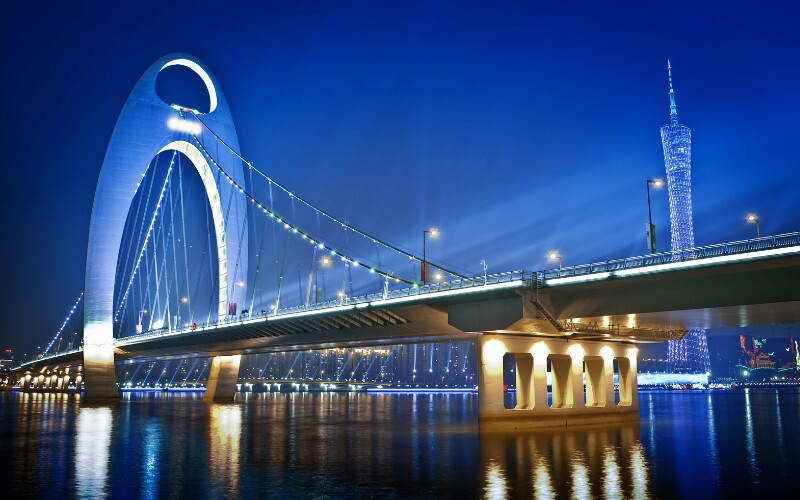 Guangdong Travel Guide - How to Plan a Trip to Guangdong

Guangdong Province is a coastal province in southeast China. It holds the Pearl River Delta and Hong Kong nestles in the center of its South China Sea coast.

Guangdong Province has been important in Chinese history as a major international trading center with much foreign influence and presence. It is China's most populous province with and estimated 100 to 110 million people in 2019.

For tourists, the huge cities of Guangzhou and Shenzhen are the main tourist highlights with attractions such as supertall towers and the shopping.

Guangdong is conditionally open (COVID restrictions apply) and can be visited by foreign travelers. If you are planning a trip to Guangdong and want to know more details, please contact us.

6 Things Guangdong Is Famous For

Guangdong Province is China's center for commodities manufacturing. Especially in Guangzhou and Shenzhen, inexpensive electronics, clothing, computers, and thousands of other products are on sale in the huge markets and thousands of shops. You will find everything you are interested in, from bustling wholesale markets to luxury malls and from handicraft souvenirs to famous brands of clothing. See more on Guangzhou shopping and Shenzhen Shopping

Steamed fish with slivers of ginger is an example of a mild and delicious traditional dish.

Cantonese cuisine is the most famous of the ‘China's Eight Great Cuisines’. It has the characteristics of clearness, freshness, coolness, tenderness, and smoothness. A Cantonese cuisine chef is required to master how to expertly control the food’s heat and oil temperature .

As the majority of Chinese restaurants around the world were opened by Cantonese-speaking (Guangdong or Hong Kong) chefs, Cantonese cuisine is the most popular Chinese cuisine in the world.

Cantonese cuisine uses a great variety of ingredients including everything from snakes to cats. People jokingly say that in Guangdong, everything that walks, flies, crawls, or swims is edible.

The China Import and Export Fair, which is held in April/May and October/November each year and attracts hundreds of thousands of people from all over the world, is honored as "China's Number One Exhibition".

See more on the Top Trade Fairs in China.

Contact us to custimize a tour for the Landmark Constructions in Guangzhou, or check out our popular Guangzhou tours.

What Languages Are Spoken in Guangdong

Apart from Mandarin and English that are taught in schools, there are three major language families in Guangdong: Cantonese, the Teochew (Chaoshan) dialect, and the Hakka dialect.

Cantonese is spoken by around 67 million people in Guangdong. In Guangzhou, Guangdong’s capital, 80% of people speak Cantonese. On the one hand, Cantonese inherits and retains some characteristics of ancient Chinese, on the other hand, it also absorbs some southern dialects, these dialects are quite different from Mandarin, Chaoshan dialect and Hakka dialect.

The Chaoshan area dialect is mainly spoken in the southeastern area of Guangdong around Chaozhou and Shantou. Geographically, it is closer to Fujian Province than to Guangzhou and is a Minnan (South Fujian) dialect.

Join our 3-Day Chaozhou and Shantou Tour to expirence the special culture in this area.

Compared with Teochew (Chaoshan) dialect, Hakka, another minority language in Guangdong, is closer to Cantonese, and is concentrated around Meizhou (Mei County) in the northeast, though the most famous Hakka people live across the border in Fujian.

Guangdong has a humid subtropical to tropical climate marked by high temperatures and plentiful rainfall. It has long, hot, wet summers and short, mild, dry winters.

The best time to visit is autumn for pleasant conditions, as it’s drier than spring and has much less rainfall than the summer. See more on Guangdong Weather.

G-class bullet trains such as these go to Beijing, Shanghai, Guilin, Hong Kong, and Shenzhen.

Guangdong Province is in the southeast of China, and Guangzhou, its capital city, serves as the major transportation hub for south China, with Shenzhen an increasingly close second. As one of the most prosperous provinces in China, Guangdong Province is conveniently accessible by air, railway, highway, and water.

There are many airports in Guangdong Province. Guangzhou and Shenzhen are the major two, with international flights to every major city in the world and China. Hong Kong’s major international airport is just over the border as is Macao.

Bullet train lines from Guangdong to the rest of China are extensive and continue being built rapidly. Guangzhou and Shenzhen are connected to dozens of major cities by high-speed trains.

Transportation from Hong Kong to Guangdong

Guangzhou — a Great Gateway for Your First China Trip

Guangzhou is the largest city and capital of Guangdong and China's third largest city. It provides great convenience for travel.

Guangzhou is a southern city with a sense of both history and modernity. Besides the super-modern towers, there is European-style architecture and Lingnan (medieval ‘south China’) characteristics in the arcades, teahouses, and snack streets. Guangzhou is the center of commodities manufacture, and the Canton Fair is held in Guangzhou every year. It is a shopping paradise, and enjoying the authentic Cantonese food is a must-do.

See the  4-Day Essence of Guangzhou and Shenzhen Tour

Shenzhen — Window on a New China

Shenzhen is a young, active, and creative city. Following China’s ‘reform and opening up’, it transformed from a tiny fishing village to China's Silicon Valley at incredible speed. Shenzhen is more than an urban Cinderella tale, it is the microcosm of China's thriving growth.

Chaozhou is a good place to learn about the culture of Guangdong. There is an old saying: "If you haven't been to Chaozhou, you haven't really been to Guangdong."

Chaozhou was an important gateway city on the medieval Maritime Silk Road, and there remain lots of historic buildings and cultural landmarks. Chaozhou cuisine is well known in China as one of the most important branches of Cantonese cuisine.

Check out for the Foshan tour

Shantou was one of the earliest trading ports open to Western powers and one of the earliest special economic zones in the People's Republic of China. British-built villas, French-built churches, and traditional wooden storefronts and walkways are witnesses of its history.

Diaolou (watchtowers) and hot springs are the highlights of Jiangmen. You will see diaolou ascending from the rice paddies around the city.

Diaolou were built in stone to provide a refuge and keep a look out for bandits and pirates. Diaolou were created by returning Chinese immigrants from their interpretations of Western-style strongholds.

Jiangmen is also Guangdong’s homeland of hot springs. It has the first geothermal national geopark in China. The hot springs there have good water quality.

Discover the New Guangdong Your Way with Us!

Due to Guangdong's sheer size, if you have time constraints such as 72-hour or 144-hour visa-free entry, we could help tailor your tour to do what you wish enjoyably and efficiently.

These well designed tours will help you explore specific aspects of Guangdong culture:

All our tours are modifiable — we’re experts at personalizing trips.