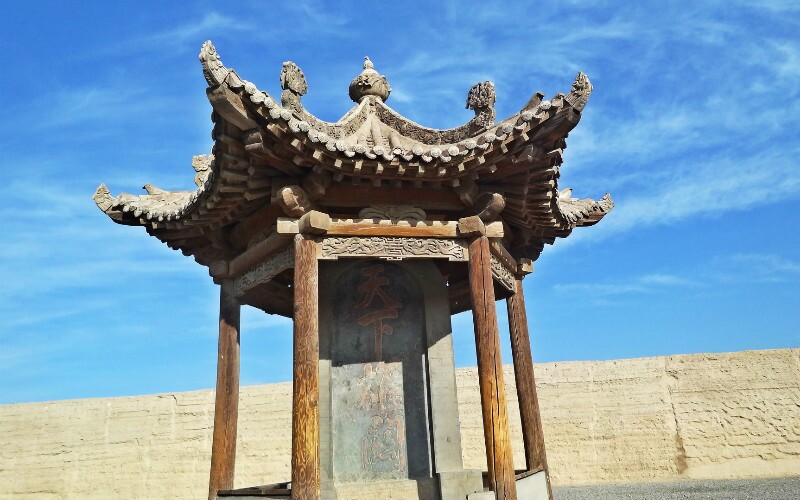 12 Best Silk Road Destinations with Top Things to Do

The Silk Road in China has a wealth of fascinating and beautiful destinations and attractions. This ancient Chinese trade route has many contrasting things to do.

The 12 Silk Road destinations and what to do in each place are covered below in order of recommendation.

Mural painting in the Mogao Grottoes

Dunhuang became prosperous with the rise of the Silk Road. It was a necessary stop on the Silk Road from China’s Central Plains to Central Asia. Its unique location bred its distinct culture — great civilizations met there.

One of the greatest influences of the Silk Road on ancient China was the introduction of Buddhism. As the gateway of the Silk Road to inner China, Dunhuang’s grotto culture completely reflects this fact.

Artists from different periods of the Middle Ages carved exquisite murals and Buddhist statues in the grottoes, creating the greatest treasures of Buddhist art to exist in the world.

Top Things to Do in Dunhuang

All our tours can be customized. Contact us to create a Silk Road trip according to your group size, time, budget, interests, and other requirements.

An important staging point on the Silk Road, Zhangye is a fertile green zone in the otherwise desolate Gansu Corridor. In Zhangye, you can feel the influence of Buddhism: Zhangye's Grand Buddha Temple, built in 1098, houses China's largest indoor reclining Buddha. The frescos on the walls are depictions of stories from "Journey to the West" and "Classic of Mountains and Seas".

Zhangye also has a special attraction: its eye-catching red and even rainbow-colored landforms, known as Danxia — photographer's eye candy.

Top Things to Do in Zhangye

With a history of over 2,000 years, Kashgar served as a main node of communications along the ancient Silk Road, which linked ancient China with the Central Asian countries.

It was a trading center for goods on the Silk Road, and so it got the name ‘Bazaar Kingdom’.

Kashgar is one of the most characteristic cities of Xinjiang. Kashgar is China's most Muslim city. Uyghurs make up about 80 percent of the city's population.

Top Things to Do in Kashgar

Situated on the ancient Silk Road’s northern loop, Urumqi was an important stop for caravans traveling the Ili River Valley from the main route across the Turkistan region.

Top Things to Do in Urumqi

In the vast land of Xinjiang, there is an oasis surrounded by the Gobi, quicksand, and dry ancient river channels. That is Turpan. There are mysterious legends, ruins, and numerous ethnic customs.

It was also an important window for communication, trade, culture, and religion between Central Plains and Western countries for thousands of years.

Summer and autumn are the best and most popular times to travel to Turpan when the trellises are full of juicy and sweet grapes.

Top Things to Do in Turpan

Ningxia is one of the birthplaces of Chinese civilization. On the northern loop of the Silk Road between Xi’an and Lanzhou, Ningxia used to be an important transportation and trade channel between the east and the west.

Ningxia possesses the Xumi Grottoes in Guyuan, which are comparable to the famous Longmen Grottoes and Yungang Grottoes, the Helan Mountain Rock Paintings north of Yinchuan known as the ‘Art Gallery of Nomads’, the Western Xia Imperial Mausoleum in Yinchuan known as the ‘Eastern Pyramid’, and numerous excellent vineyards around Zhongwei.

Top Things to Do in Ningxia (all in Zhongwei)

Luoyang was the most eastern starting point of the Silk Road. In the Eastern Han Dynasty (25–220), when Luoyang was China’s capital, Emperor Ming sent his envoy Ban Chao to the western regions to open up the long-neglected Silk Road. He extended China’s Silk Road trade to Europe for the first time, reaching the Roman Empire.

Luoyang was also the birthplace of Shaolin Kung Fu. It boasts many historical attractions, from World Heritage Sites to a State Protected Historic Area.

Top Things to Do in Luoyang

Xi'an is where the Silk Road began when it was China’s capital city during 13 dynasties. Emperor Wudi (156–87 BC) of the Han Dynasty (206 BC – 220 AD) sent the first Chinese delegation from Xi’an to Central Asia and Europe.

Xi’an reached its heyday as China’s capital during the Tang Dynasty (618–907). Western goods and clothes were very popular during that period.

During the Ming Dynasty (1368–1644), many Muslim merchants came to Xi’an via the Silk Road and put down roots there. You could feel Xi’an’s Muslim culture in Muslim Street.

Top Things to Do in Xi’an

Gannan in southeast Gansu, just 200 km south of the Silk Road running through Lanzhou, is one of China's ten Tibetan autonomous prefectures. There are gorgeous mountains, valleys, gorges, wetlands, and meadows. If you cannot go to Tibet, Gannan is an ideal place to experience Tibetan culture and appreciate stunning Tibetan plateau landscapes.

Top Things to Do in Gannan

Lanzhou was a key city on the Silk Road trade route, because it is at the entrance of a long, narrow valley called the Hexi Corridor joining the China plains with the western deserts, and it was a key place for crossing the Yellow River.

The legacy of centuries of travel and trade on the Silk Road is displayed at the Bingling Temple Grottoes and its ancient temple and fortifications in the Hexi Corridor near Lanzhou.

Top Things to Do in Lanzhou

Jiayuguan is on the Silk Road, where the western starting point of the Great Wall in the Ming Dynasty (1368–1644) was.

In today’s Jiayuguan, you can still find traces of the prosperous ancient Silk Road. The beacon towers on the ancient battlements are visible.

Top Things to Do in Jiayuguan

Tianshui is between Xi’an and Lanzhou on the Silk Road and on the "Eurasian Continental Bridge", a rail route said to be the cheapest and fastest land route between China's Pacific Ocean coast and northwestern Europe.

Tianshui is renowned for its historic relics and natural beauty. Fuxi Temple and Guatai Mountain are places where Chinese people worship their ancestors. The Maiji Mountain Grottoes display more of the features of the culture of China’s Central Plains than Mogao’s because they’re nearer to central China.

Tour the Silk Road with Us

All our tours are customizable. Contact us to create a Silk Road trip according to your group size, time, budget, interests, and other requirements.