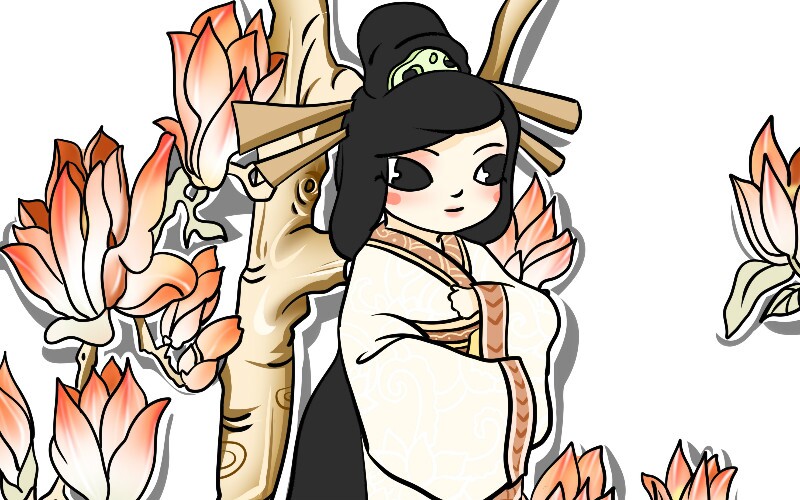 The Real Story of Mulan

The original real story of Mulan is found in the Ballad of Mulan (Mulan book/story English translation provided). Discover the real locations and states in Mulan's war (Huns, Northern Wei).

Is Mulan Based on a Real Story?

Mulan is based on an ancient Chinese folk story called the Ballad of Mulan (木兰辞 Mùlán Cí). The Chinese mùlán means 'magnolia flower'. It is a short folk story comprised of 392 Chinese characters that was created in the Northern Wei Dynasty (386–534). The Ballad of Mulan has been a popular tale since the Tang Dynasty (618–907). In China, Mulan is a byword for heroines and Mulan's story is a household tale to encourage girls to be brave or to "make a man out of you" as the popular saying goes nowadays.

The gist of the ballad tells of how Hua Mulan replaced her aging father to serve the country, disguised herself as a man, and fought bravely in the army. When she returned and attended the court after the army's victory, she didn't want any official reward but just asked to be reunited with her family. After she changed into her own clothing at home, her comrades were all shocked that she was a girl.

When Was the Story of Mulan Created?

The Ballad of Mulan was created during the late Northern Wei Dynasty (386–534), during which period the northern region of Han China was frequently invaded by the Hun (Xiongnu) people along the northern border.

Which Countries Was Mulan's War Between?

Based on Chinese historical documents, a real war happened between the Northern Wei state and a Mongolic state called Rouran. In 429, the emperor (khan) of Northern Wei led an army to fight Rouran, which according to the Ballad of Mulan lasted 12 years.

The Rouran Khanate were the first Mongolic people to use the title Khan for their leaders. The Rouran were probably the last of a people called the Xiongnu who were a northern threat to "China" since the 3rd century BC. The Rouran are referred to as the Xiongnu in the translation of the Ballad of Mulan below.

The Northern Wei Dynasty were initially a nomadic Mongol people too, called the Xianbei (who also used the title Khan, a title which appears in the Ballad of Mulan). They became sinicized by the Tang Dynasty (618–907), and so the Ballad of Mulan became part of popular Chinese culture.

Where Did Mulan's War Take Place?

The Rouran Khanate (394–552) was a major Mongolian state, covering most of modern-day Mongolia. Many wars occurred between the Northern Wei and its neighbor states during its existence. Most of them took place between Black Mountain and Mount Yanran.

Black Mountain is the modern-day Shahukou Mountain, which is located about 480 kilometers west of Beijing. Shahukou Pass was one of the key Great Wall fortified passes. Now Shahukou ('Kill-Tiger-Mouth' — the Mongols were referred to as 'tigers') is a small village 80 km (50 miles) west of Datong on the Shanxi / Inner Mongolia border.

Mount Yanran is where an Eastern Han Dynasty inscription was made in 89 AD about a Chinese victory over the Xiongnu. Mount Yanran is now called Delgerhangay Uul in central modern-day Mongolia, about 800 km (500 miles) northwest of Black Mountain.

English Translation of the Original Chinese Ballad of Mulan

Ching ching and ching ching, Mulan weaves in the house yet there is no weaving machine's sound, only Mulan's sigh. "What is troubling you?" Mulan says, "Nothing, just...

"Last night, I read Khan's official conscript. My old hobbled father's name is on the 12 scrolls that list the names of soldiers to be recruited.

"My father doesn't have any sons old enough and I don't have any older brothers, so I have decided to replace my father to answer the call. I can get a horse from the east market, a saddle from the west market, a headstall and reins from the south market, and a whip from the north market.

"I said farewell to my parents in the morning and by the evening I was sleeping by the Yellow River, which is miles away from home.

"I can't hear how heartbroken my family is and how much they are crying over my leaving; all I can hear is water continually flowing in the river in front of me.

"I set off from the Yellow River the other morning and kept going toward the deep north until, by the evening, I had reached the gloomy Black Mountain.

"I can't hear how heartbroken my family is and how much they are crying over my leaving; all I can hear is the northern Xiongnu invaders' horses neighing fiercely.

"I ride for thousands of miles and pass through numerous barriers and blocks to fight at battlefields. At night, I'm accompanied by cold midwinter howls and blue moonlight casting an icy glow on my heavy armor. Years of war and hundreds of battles have cost many generals' lives and leave the bravest warriors to return.

"We present ourselves to Khan in his splendid court. His majesty is rewarding us with titles, medals, and gifts. When Khan asks me, 'Mulan, what's your wish?', I reply, 'I wish for no position in the court but a fast horse to take me home'.

"My parents have come out to the village to greet me, my sisters are putting on their best makeup to see me, while my youngest brother is preparing to butcher a pig for my return feast. I open my room's window and sit on my bed, remove my battle armor and change into my normal clothes, create a feminine hairstyle, and put on some makeup.

"Walking out to meet my war fellows, they are all shocked by the fact that 'Mulan is a girl', which they had failed to find out during 12 years of living in the army."

Only when you hold a rabbit in the air by its ears can you tell a male rabbit, which keeps trying to jump, while a female rabbit's eyes go dim and sleepy. If they run together on land, hardly anybody can tell the difference between the male and the female.