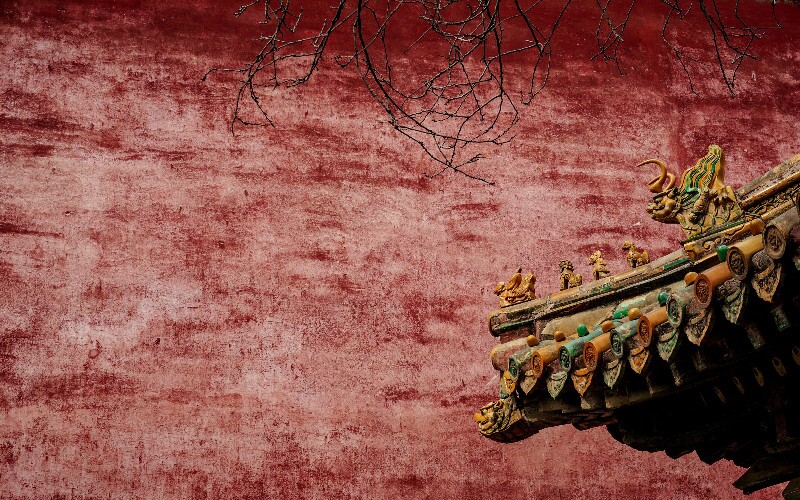 10 Facts about Puyi You Didn't Know

Puyi was the last emperor of China. His life was full of ups and downs. He led a special life in China's turbulent era of change — from emperor to citizen. The following facts will help you better understand the Last Emperor.

1. Puyi was the only emperor to be enthroned 3 times.

Puyi was the last emperor three times, but was not in power even for a day! Puyi was "the puppet emperor".

From 1908 to 1912 was Puyi’s first "reign", over the Qing Dynasty as Emperor Xuantong. His father Zaifeng was actually in power as Prince Regent.

Puyi was the youngest emperor at only 2. He was appointed by the dying Empress Dowager Cixi. Emperor Guangxu had no heirs, and Puyi was Guangxu's nephew.

The reason Puyi was chosen by Cixi was that it would be easy for her to continue to rule China (behind the screens), as he was just a toddler. She never thought that she'd die the day before Puyi's enthronement.

The Revolution of 1911 established a republic, and Puyi announced his abdication in 1912, ending the imperial era. Although Puyi was no longer the emperor any more, he was allowed to live in the Forbidden City.

In 1917, Puyi was restored to the throne by the warlord Zhang Xun, a Qing Dynasty loyalist general. The restoration of the Qing Dynasty lasted only 12 days.

In 1924, Puyi fled from the Forbidden City to the Tianjin concession where he enjoyed special treatment. Foreign consuls and generals still called him emperor there, celebrated his birthday, and invited him to participate in a variety of celebrations. This feeling of being treated regally made Puyi more eager to become emperor again.

Meanwhile, the Japanese wanted to build a puppet Manchukuo regime after occupying northeast China. Puyi was their best choice. When they offered Puyi the chance to be emperor of Manchukuo (1932–1945), he immediately agreed.

2. Puyi's abdication was the end of imperial China.

3. Puyi was the first emperor to learn English and wear suits because...

...Puyi had an English tutor. In 1919, Scotsman Johnston was invited to the Forbidden City as Puyi's teacher of English, mathematics, geography, world history, etc. Puyi’s English name Henry was chosen by Johnston.

Johnston's arrival opened Puyi’s eyes to the world. He then started to wear suits and glasses, cut off his Manchurian queue, used a phonograph, had Western meals, installed a telephone, and rode a bike in the Forbidden City.

4. Puyi was captured by the USSR and served 10 years in prison in China as a war criminal.

During his detention, Puyi still enjoyed different treatment from other prisoners, such as having meals alone and not having to participate in forced labor.

In 1950 Puyi was extradited back to China. He had to be "reformed" under the "Communist re-education programme" for political prisoners. Thus, he spent ten years in the Fushun War Criminals Management Center in Liaoning Province from 1950 to 1959.

During his imprisonment, he wrote his autobiography — From Emperor to Citizen.

5. Puyi spent his final 8 years as an ordinary PRC citizen.

Puyi was pardoned in 1960. After being released from prison, he became a citizen of the People's Republic of China with special permission from Chairman Mao Zedong.

At first, he worked as a gardener at the Beijing Botanical Gardens from 1960. Later he became a member of a national organization serving the people — the fourth National Committee of the Chinese People's Political Consultative Conference, and there he worked as an editor for the CPPCC.

6. Puyi was the first emperor to be divorced.

In 1931, his second wife Wenxiu, the consort Shu, divorced him due to 'emptiness of life for nine years'. Puyi vented on his anger at Wenxiu’s divorce on Wanrong.

Puyi's ignorance and hatred and the atrocities of the Japanese left Wanrong addicted to opium and her mental faculties gradually became abnormal. Finally, she died in 1946 in a prison in Yanji, Jilin after being arrested by Chinese Communist soldiers.

Puyi was last married to a nurse Li Shuxian in 1962. This time Puyi enjoyed a happy marriage.

7. Puyi had no children, and this was because...

...Puyi lost his fertility. Puyi's autobiography recorded that eunuchs didn’t want to take care of him at night, so they arranged maids to accompany Puyi when he slept. Constant sex with maids in his early years, it is most strongly theorized, led to the loss of his sexual function and fertility, whether due to psychological damage or through a sexually transmitted disease, it is not known.

Indulging in sex in his early years, it is theorized, made Puyi lose the ability to bear children, and more seriously, TCM theorists say, caused damage to his kidneys, stating depletion of kidney qi as the cause. Though, possibly, his gradually failing kidneys caused his impotence.

On October 17, 1967, Puyi died of kidney cancer and was buried in Hualong Royal Cemetery, near Western Royal Tombs of the Qing Dynasty (Yongzheng, Jiaqing, Daoguang, and Guangxu were buried there).

“The Last Emperor” used the book Twilight in the Forbidden City written by Puyi's tutor, Johnston as the original structure, as well as referring to Puyi's autobiography, From Emperor to Citizen, and other related works.

It artistically told the story of Aisin Gioro Puyi, the last emperor of China, who lived a tumultuous life spanning 60 years from the emperor to an ordinary citizen, though it glossed over some of the worst parts.

10.  Some interesting stories about Puyi

Puyi’s life was full of eccentric and interesting episodes. Here are some...

Puyi argued with historians about a photo…

In Puyi’s later years, he visited the Forbidden City with several good friends. (Even though it was once his home, he needed to buy a ticket to visit it.)

When Puyi went to the palace where Emperor Guangxu lived, he found that the picture hanging on the wall was not Guangxu, so he reminded the staff: "This is not Emperor Guangxu, but Prince Chun — Zaifeng."

Then the staff called the experts. But these experts did not agree with Puyi's opinion, and said: "We are specialists in the study of history. Do you know better than we do? Surely we know who the person in this photo is?"

Puyi was very angry in turn. Pointing to the photo, he said: "That is my father!" (Prince Chun was the younger brother of Guangxu.)

Once Puyi's teacher Wang Guowei invited Puyi to his home. Wang Guowei took out his collection of antiques and wanted to give Puyi a lesson in antique appreciation.

Puyi carefully took the antique, had a look, and said: "Are you going to test me now? These are fakes."

Wang Guowei was surprised with Puyi's words. The next day, Wang Guowei took the collections to be evaluated, and his collection was confirmed to be fakes.

Later, Wang asked Puyi how he knew the collections were fake. Puyi replied: “I don’t understand the methods of antique appraisal. But the collections just didn't feel like the ones I had in my home before.”

Puyi drank breast milk until he was eight years old…

It is said that at that time everyone was talking about and laughing at his peculiar habit behind his back, but because he was the emperor, they did not dare to complain about it to his face.

Puyi wrote in his autobiography that his wet nurse was the only person who could give him a sense of safety. This might explain this behavior.

The Forbidden City was heart of Chinese imperial life for almost 600 years. See our Private Emperor's Tour of Beijing for ways to get more out of your time in the last emperors' palace.

For a tailor-made Beijing/China tour, please do not hesitate to tell us your interests and requirements.