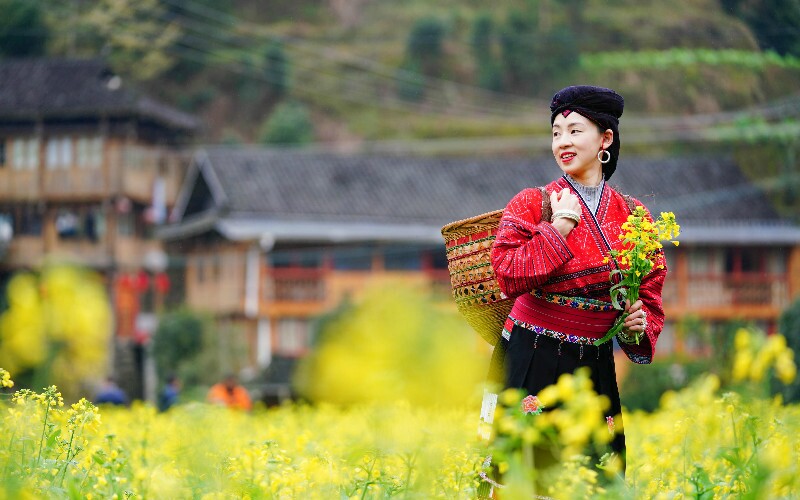 A Brief Introduction to China

Cruise through the heart of China on the Yangtze.

Whether you are looking for ancient history, urban wonders, picturesque landscapes, or cultural experiences; more and more world travelers are turning their toes towards China. For first time travelers to this beautiful and historic land, here are some facts you may wish to know.

China is located in eastern Asia along the western shore of the Pacific Ocean. It spreads over a vastly diverse geographical area of 9.6 million square kilometers (about the size of the USA or Europe), and is home to approaching 1.4 billion people (more than N. America and Europe combined).

The highlands and hill regions account for 65 percent of the country's total landmass, and there are more than 2,000 lakes dotting the landscape. The highest mountain peak is Qomolangma (Mt. Everest) in Tibet, the highest in the world, 8,848 meters above sea level.

Among the 220,000 kilometers of rivers the Changjiang (Yangtze), Huanghe (Yellow River) and Zhujiang (Pearl River) are the most famous. The Yellow River Basin is the cradle of Chinese civilization, as the many cultural-historical sites along its banks can attest.

A cruise up/down the Yangtze offers unique encounters with China's rich cultural heritage as well as some spectacular vistas. Check out the 2023/2024 Cruise Calendar to explore the Yangtze River, and to explore China's ancient culture.

Most of China has a continental climate, though it has an ocean coast, and latitudes range from tropical to Siberian, meaning that temperatures and weather differ strikingly across the country.

For example, northernmost Heilongjiang. Province has long winters and short summers, while Hainan Island in the south boasts the exact opposite. Likewise, the Huai River valley (between the Yellow and Yangtze rivers) is marked by distinctive seasonal changes, but the southern province of Yunnan is famous for its perpetual spring.

China's immense size and unique geography means that travelers will need to pay extra attention to climate and weather as they pack. Read more detailed information about China's weather here.

Since the 1980's, China has been drawing increasing amounts of Western visitors eager to explore its beauty and culture. While there are some tips to make your first trip to China more smooth, most travelers find the country easy to navigate and well worth effort. Beijing, Shanghai, Guilin, Xi'an, and Hong Kong are the five best-known tourist cities in China.

Beijing: The Chinese capital is well-known for its mixture of ancient culture and urban growth. The most famous attractions in Beijing include the Great Wall of China and the Forbidden City.

The Night View of the Bund, Shanghai

Shanghai: Known as a city of commerce, Shanghai is China's largest and most prosperous city. It is often called "China's Gateway to the West" due to it's increasingly Westernized culture. Famous attractions include the newly built Disneyland Shanghai and the Bund.

Guilin:The southern city of Guilin is famous among tourists due to its beautiful scenery and unique mountains. The Li River , one of the most beautiful rivers in China, runs through Guilin and is a staple in traditional Chinese art.

Xi'an: A visit to Xi'an is a journey into China's long history. Xi'an served as capital for 12 dynasties over 1,000 years. The world famous Terracotta Army is located in Xi'an as well as many other historical sites.

Hong Kong: The fascinating history of the British occupation of Hong Kong creates a fusion of Chinese and Western culture unlike anywhere else in China. Known for shopping and sightseeing, Hong Kong is immensely popular with tourists looking to find great deals and unique experiences.

Differences Between China and the West

Despite government restrictions on the Internet, foreign media like movies, music, news, and sports coverage are becoming increasingly available in China as an inevitable consequence of economic development. While access to foreign media means that China is becoming more Westernized (or globalized), there are still big differences in culture.

Visitors on their first trip to China should prepare for the infamous culture shock that comes along with any new adventure. See Chinese Culture and Developing China for more.

Planning Your Visit to China

Let China Highlights help you plan your first tour of China today! Choose from our catalogue of featured trips to China's grandest sights or plan a unique journey tailored to your specific needs.