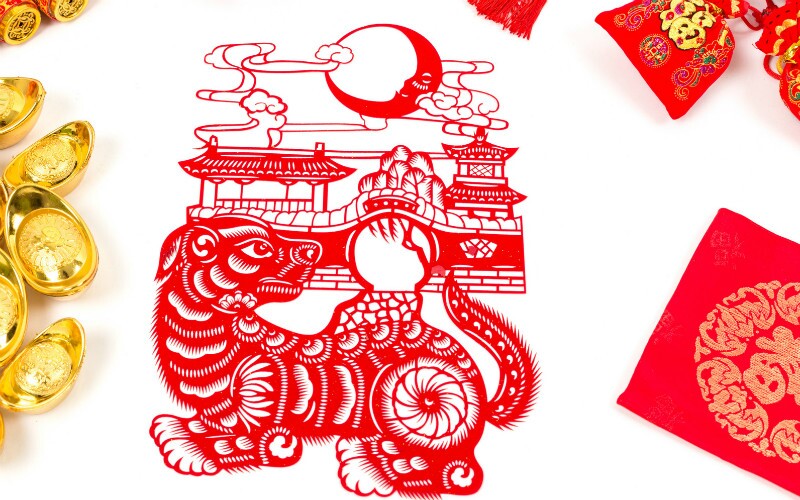 Everyone has his or her own zodiac sign, and every zodiac sign corresponds to a unique city in China, whether it's big or small.

The cities shown below have been chosen based on their characteristics, which correspond to their zodiac signs. Find your zodiac animal city - your most-suited traveling destination. However, the timid, overcautious, skeptical, and conservative characteristics of Rats are also reflected in the slow reformation pace of Shenyang, where development in both industry and commerce lags behind nearby Dalian's.

Shenyang is a famous historical and cultural city in China, where numerous cultural heritages have remained throughout the course of its 2,000-year history. Oxes are diligent and make consistent efforts. In Chinese, ‘ox temper' (牛气) means the haughtiness of an Ox, expressing the prosperity of their business, outstanding work, and good reputation.

The haughty personality of the Ox is reflected in Wuhan. Wuhan is becoming more prosperous owing to its rapid economic development and convenient transportation, and it has started to “bully” its neighboring cities, in that it is exerting influence on them. China Highlights's customers are hiking on the Great Wall.

Tigers represent the supremacy of an emperor, whose majesty is fully reflected in Beijing. An ancient capital for the three most recent dynasties and capital of the People's Republic of China, Beijing's supremacy is beyond compare in China.

With tourist attractions beyond compare, Beijing is a famous city combining ancient and modern elements as one, whose ancient element lies in its 3,000-year history and culture, including over 850 years as the capital city. A rabbit is small, exquisite, and beautiful in appearance, which resembles the style of Hangzhou. Rabbits are cute and favored by people, resembling people's love of Hangzhou, which is fully expressed in the saying about Hangzhou, “There is paradise in heaven; there are Suzhou and Hangzhou on Earth.” The beautiful night view of the Bund

A Dragon is characterized by being subjective, stubborn, and aggressive, and seeks to prevail over others in all aspects to show its advantages, resembling Shanghai's characteristics.

A dragon was the symbol of an emperor in ancient times, and Shanghai has the air of an emperor. The competition between Dragons and Tigers is fully reflected in the contest between Beijing and Shanghai for influence and economic domination.

Shanghai is the biggest city in China, and a newly-emerging tourist city, with a profound historical and cultural heritage. A Snake is similar to a Dragon, but is a lesser Dragon. Although Tianjin is a municipality (just like Beijing, Shanghai, and Chongqing), Tianjin has no Shanghai-style influence due to its lower level of economic power, and it makes its way cautiously with the spirit of a snake under the shadow of Beijing.

However, Tianjin still strives for economic growth with unwavering spirit and persistence. Great changes have taken place in Tianjin due to great support from the Chinese central government. The night view of Window of the World

A Horse has vigorous, active, and speedy characteristics. During the 20-year opening up and reformation period of China, Shenzhen has risen abruptly as a “dark horse”, whose development speed has astonished the world. Now Shenzhen ranks 4th for economic power in China (after Beijing, Shanghai, and Guangzhou).

Shenzhen is a vibrant, lively city packed with life and activity given that it has a largely youthful population drawn from all quarters of China.

It hasn't lost its tourist attractions in the thrust to modernization, and has added a few sights in its modernity: Known as ‘Goat City' in ancient times, Guangzhou gets its name from a beautiful legend…

During the Zhou Dynasty (1045–256 BC), five immortals - each riding a goat of a different color - saved Guangzhou people from famine by introducing five types of grain. They bestowed a blessing that there would never be a famine again in the region.

Later, the immortals rose to the sky, leaving their five goats at the foot of a mountain in Guangzhou.

A sculpture of five stone goats was erected on Yuexiu Mountain in 1959, and it has become the symbol of Guangzhou. On one hand, Monkeys are aggressive and relish the challenge of competition; on the other hand, Monkeys get along well with each other. Nanjing contends with Suzhou and Wuxi in all aspects; however, it's surpassed by them both.

Nanjing has developed by leaps and bounds owing to cooperation with Suzhou and Wuxi, just like a monkey succeeds by cooperating. The crow of a rooster symbolizes the beginning of a new day; and Xi'an is associated with the dawn of Chinese civilization.

Xi'an was the first of China's Four Great Ancient Capitals and played a very important part in Chinese history. From the 11th century BCE to the 10th century CE, Xi'an hosted no less than 13 dynasties and regimes in the flux of Chinese history. A Dog is known for its high speed, loyalty, and striving spirit.

The high speed and striving spirit reflect the great changes of Chongqing in the last 10 years. The loyalty of a dog represents Chongqing's loyalty to the Chinese central government regarding taxation and its contribution to China's GDP. Our colleague Carol Wang is looking after the panda in Dujiangyan Panda Base.

A Pig is inclined to live a lazy and easy life, and this pace resembles the lifestyle of Chengdu.

Although life in Chengdu is rather slow-paced, it attracts investors from all over the world each year, making it prosperous, while people go about their business without ambitions of getting rich.

Chengdu is known as ‘land of abundance in midwest China', and it was awarded the title of “World Excellent Tourist Destination City” in 2009. Its most famous attractions are:

Travel to Your Zodiac Sign City with China Highlights

China Highlights offers the best driver to our customers during their trips.

If you want to visit any of the cities mentioned above to see their best attractions, China Highlights can offer assistance. See our most recommended tours, for inspiration: