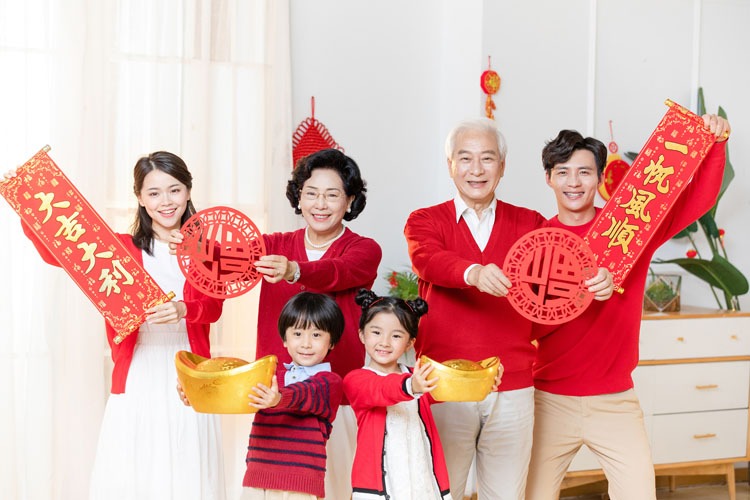 One of the oldest traditions in the Chinese Spring Festival celebrations is acquiring new clothes for the new year. This is symbolically in line with many other aspects of the festival, which emphasize the idea of change, new beginnings, and ridding of the old. 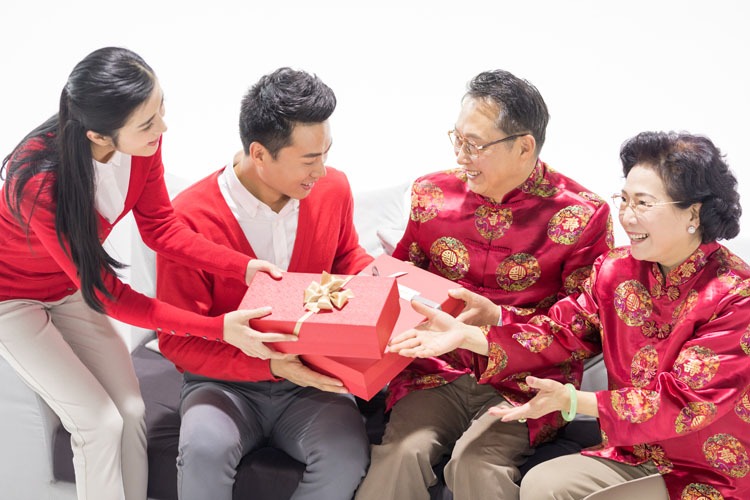 In ancient (and simpler) times, it was not uncommon for people to have just one or two sets of clothes or outfits for the entire year, but the Chinese New Year meant that it's time for fresh new clothes to be worn!

In the past, this would usually be done by wives or mothers, who would normally sow or knit new clothes for the family ahead of the Chinese New Year. Today, while this may still be done by elder family members, the tradition is often substituted with shopping for new clothes instead.

Any new clothes acquired should be worn on the first day of the Chinese New Year, and new Pajamas may be worn to sleep on New Year's Eve.

There is no specific criteria for what type or style of new clothes should be bought, and pretty much anything that's fashionable or in-style goes, but preferably not clothes that are purposefully torn or worn-out.

In some southern regions, buying (and wearing) new shoes may be seen as bad luck, or a Chinese New Year Taboo. In the past, many people would keep traditional Chinese outfits, and use them specifically as Chinese New Year dress.

Nowadays, especially for younger generations, these traditional 'costumes' that were once customary to wear during the festival, are rarely worn anymore, meaning that there is technically no "official" Chinese New Year outfits.

However, it is still possible to see elders fashioning such clothing items around the holidays, or by people who may be more religious/traditional.

Such traditional clothes may include items such as the 'Tang suit'; a men's jacket with an upturned collar typical of the Tang Dynasty (618-907), or a qipao; a tight-fitted dress for women, from the Qing Dynasty (1644-1912). Both of these pieces of clothing are normally made of silk and feature bright colors and intricate designs, typical of traditional Chinese fashion.

The traditional 'Zhongshan suit' (named after first Chinese president Sun Zhongshan, a.k.a. Sun Yat-sen, 1866-1925) may also be a popular choice for older family members during the festival.

Of course, there are various other traditional varieties of outfits specific to different regions or ethnic groups. It is not likely to be able to witness many of these ethnic minority costumes commonly wore in standard settings though, and are usually worn only during festive shows and performances.

One common practice with regards to clothes that can still be witnessed today to a somewhat large extent, is the use of the color red. As is probably already very well-known, red is the top Chinese lucky color and represents strength and prosperity.

During most festivals, birthdays, and other celebrations, it is very common to fashion red attire. In the Chinese Spring Festival, this tradition is even more apparent. After the festival has passed, many may go back to their normal-colored clothes. However, there is an exception. For individuals who were born in the same year as this Chinese calendar year's Chinese zodiac animal, incorporating the color red into daily fashion is common for weeks, months, or even for the whole year!

This usually is done by wearing red underwear/undergarments and socks, or replacing the inner soles of shoes with red ones. This is traditionally believed to bring forth good luck for the entire year.

As is common in most of the world, many of such traditions slowly get lost with the generations, and are not as well-preserved as some would like. As a general rule of thumb, if you are not sure what to wear during the Chinese New Year, just try to stick to new and preferably more colorful clothes, and don't forget; if you were born in the Year of the Rat, it is time to buy some red soles for your shoes!

Are you looking for the best place to buy or get tailor-made traditional Chinese outfits from the best-quality silk?

The best places to buy quality silk are Suzhou, Hangzhou and Shanghai. China Highlights' tours to these cities can include stops to shop for silk based on your preference.

You can also join a silk factory tour with us. After touring the facility and observing the silk making process, if you wish, we'll take you to a display room and help you purchase clothing, comforters, brocades, scarves or other silk products direct from the manufacturer.

Contact us for a tailor-made tour according to your requirements and interests.