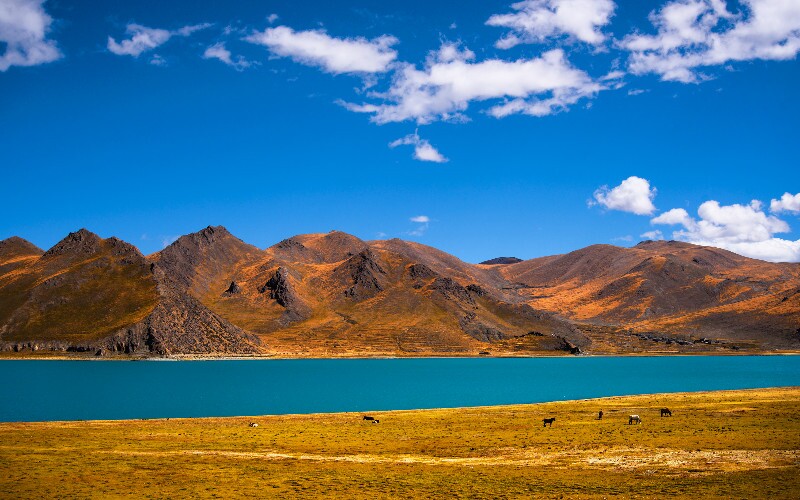 South of the city in the Turpan basin is the dry Lake Ayding (艾丁湖). The dry lakebed is about 155 meters or 508 feet below sea level. This makes it the world’s second or third lowest point after the Dead Sea. It is more than an hour south of Turpan.

Visiting it is possible if you go in a good all-terrain vehicle, but unless it rains heavily or there is a sudden flood of water off of a broken dam or something, you won’t see moonlit water. What you can see is perhaps dried mud and salt beds.

Now because the temperatures are about the hottest in China and because it is the 2nd lowest place on earth, it is being used as a place for extreme sports. There is stark scenery and extremely hot weather. Temperatures may sometimes go over 47 degrees Celsius or 116 degrees Fahrenheit. There is a monument with the name of the former lake written in Chinese. People take pictures next to it to record their trip.

The Turpan Depression is the second lowest spot on earth. Along the northern rim of the depression there is a range with high mountains and snow capped peaks called the Bogda Mountains. Just to the west are the Tianshan Mountains. Enough water used to flow into the depression from surrounding highland to maintain a lake. But people started diverting the water.

Long ago people built karezes to irrigate their fields. You may learn about the ancient karez system at the Turpan Karez Museum in Turpan. Then in this century, the people drilled modern wells and diverted water using surface canals and pipes. So the lake dried up.

Until recently, there was water there. About twenty years ago or so, the salt lake was still about a meter deep, so it was tied with a salt lake in Africa called Lake Assal as the second lowest place on earth at 154 meters. In 1986, the lake was about 5 square kilometers in size and about half a meter deep. In the last twenty years, the African lake has also decreased in elevation to about 155 meters below sea level, but its elevation fluctuates and the Ayding lakebed doesn’t.

Since it dried, it has become a spot for extreme sports and tests of endurance. The 2008 Taklamakan Rally went through the spot. Both cars and motorcycles took part in the event. In 2010, it was part of an extreme ultra-marathon route.

Around Turpan or Urumqi, you can see high altitude scenic places that are a great contrast to the deep, dry basin at the green and snowy Tianshan Mountains and the South Pastures. Bogda Peak north of Turpan is 5,445 meters (17,864 ft) tall. There is a glacier called the Number One Glacier in the Tianshan range that people can go to. The Grape Valley is a place to go to eat and for Uighur entertainment. Turpan has the Turpan Karez Museum and the Turpan Museum and several major ancient ruins.