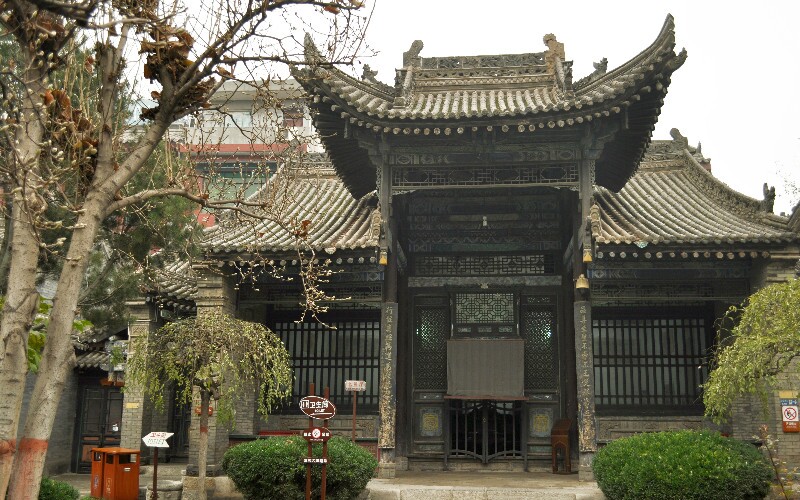 The Great Mosque, located at 30 Huajue (Change Feeling) Lane in the center of the city, is the largest and one of the most important Islamic places of worship in China. The Great Mosque was added to the UNESCO Islamic Heritage List in 1985. See famous churches and mosques in China.

The History of the Mosque

In the Tang dynasty, Islam was introduced to China by the Arabian merchants. Many Muslims settled in China and married Han people. The Great Mosque was constructed at that time to honor the founders of Islam in China. Since then many other mosques have been erected across the county.

The Structure of the Mosque

Covering an area of 6,000 square meters, the whole complex can be divided into four courtyards.

In the first courtyard, there is a wooden arch. The arch is nine meters high, with glaze-covered tiles, and can be traced back to the seventeenth century. Three chambers stand either side of the arch, in which is now displayed some furniture preserved from the Ming and Qing dynasties.

In the center of the second courtyard stands a stone arch with two steles on both sides. On the steles are famous calligraphic writings from prominent ancient calligraphers.

At the entrance to the third courtyard is a hall that contains many steles from ancient times. In the center of the yard is the Xingxin Tower, where visitors can come to attend prayer services.

The fourth courtyard contains a big prayer hall which can accommodate over a thousand people.

The mosque is a combination of traditional Chinese architecture and Islamic art. In Chinese style, there are a series of pavilions, with the four courtyards of the mosque between them. The wall, however, is decorated with Islamic art.

It is the only mosque in the country that is open to visitors. However, non-Muslim visitors are not allowed to enter the main prayer hall.

Based on years of experience and customer feedback, we have developed many Xi’an tours. Here are some popular tours for inspiration:

If one of the options above does not suit you, you can ask us to customize it, or use our tailor-made form to design your own tour of Xi'an!