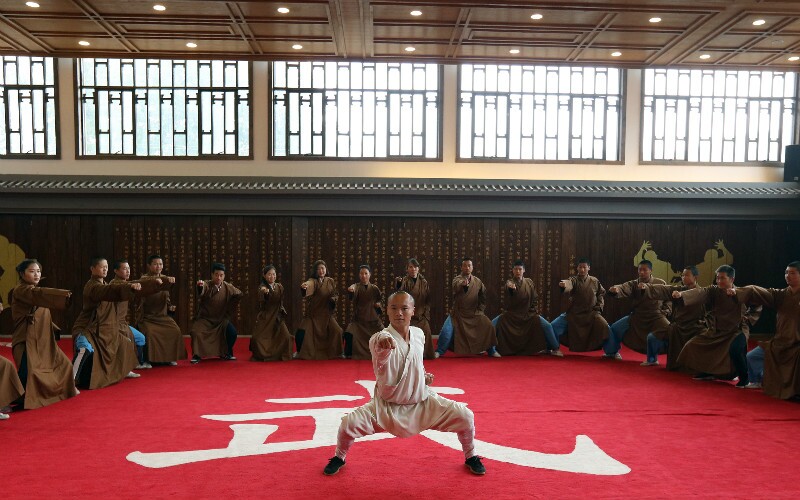 If you are interested in martial arts, the leading martial arts school for Wushu is in Xian. You may want to visit it during your tour of the city. Wushu is a modern Chinese martial art. The founder of the school is Zhao Changjun who is regarded as one of the grandmasters of Wushu in China because he holds the record for being the all-around Chinese National Champion for ten consecutive years during the late 1970s and early 1980s.

He surpassed Jet Li’s record. Not only are Wushu and Tai Chi at an elite level taught in Zhao Changjun Wushu Academy, but also the culture courses such as history and Chinese language are taught here. This is part of what makes the school popular for international students. Zhao Changjun’s Wushu Academy is a place to learn Wushu and Tai Chi while having fun learning the academic subjects and Chinese games, and in the summers there are month-long summer camps for kids.

Zhao Changjun was born in Xian in 1960. Zhao began learning Wushu when he was six years old. From 1978 to 1987, he won 10 individual all-round championships and 54 gold medals in tournaments in China and abroad. He is particularly known for his swordsmanship skill. Since 1983, he has acted in martial arts movies. He retired from competitions in 1987.

In 1991, he founded the Zhao Changjun Wushu Academy in Xian. He wanted it to be a place where people can not only learn Wushu and Tai Chi to a high level, but also learn about Chinese history and culture. He wanted it to be a fun school to attend. So along with learning the martial art, the school teaches academic subjects such as Chinese language and Chinese traditional sports and games such as Chinese chess.

Students also tour the major historical sites around Xian. They can also learn international sports like basketball. This is part of what makes the school popular for international students. Individual instruction is also generally provided to students who request it.

Since 1991, thousands of students have attended the school, and many have performed excellently at tournaments. Students have appeared in many Hong Kong martial arts movies. The General Administration of Sports of China awarded it the National Top Martial Art Institute award.

Each year, there is a month-long summer camp in Xian for students aged eight and over. During this time, the kids may tour famous historical sites in Xian and Beijing such as the Great Wall of China near Beijing and the Terracotta Warriors and Horses in Xian.

This helps them learn about Chinese history and culture. They also learn Chinese games such as Chinese chess and learn some of the modern Chinese language. Modern sports such as basketball is also taught at the school. An option for students is to attend or participate in the Hong Kong International Wushu Competition.

Students stay in air-conditioned dorm rooms. If they attend the Hong Kong International Wushu Competition, they stay in starred hotels.