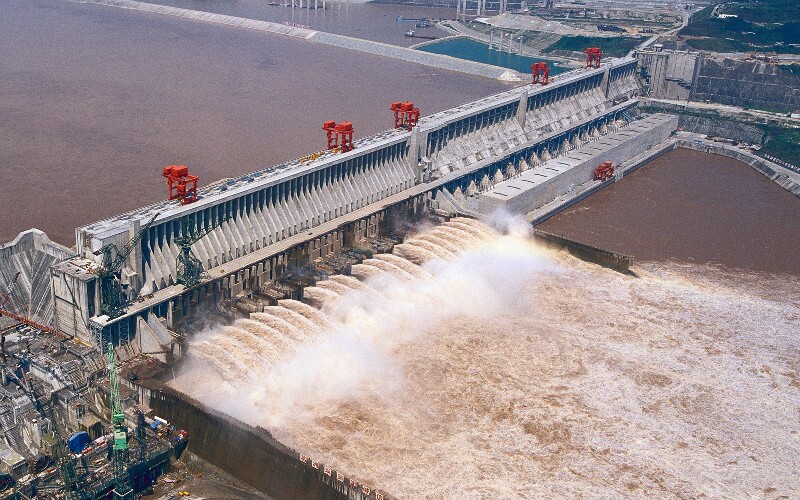 The Middle Reaches of the Yangtze River

The Middle Reaches of the Yangtze begin on the East Sichuan Plateau and flow steadily down through a system of canyon-like gorges to the plains of Hubei. The middle reaches are about 2,000 km (1,200 miles) long and the river takes in some spectacular scenery, notably the Three Gorges.

First Major City on the Yangtze

The first major city on the Yangtze is Yibin. It marks the confluence of the Min River and the Jinsha River (one of the names of the Yangtze in its upper reaches).

The Min River comes from the mountains west of Chengdu, where Giant Pandas live and are bred in captivity, and flows through Leshan, home of the Giant Buddha.

The Yangtze is first called Changjiang (长江 /chung-jyang/ Long River), its official Chinese name, at Yibin. Yibin is where the Yangtze becomes a huge (one kilometer / half a mile and more wide) meandering navigable watercourse, an artery for transport and focal feature for many of China’s interior cities, the largest of which is Chongqing.

Chongqing is China’s largest municipality, China’s largest inland port and a prosperous industrial center. Its population is 31 million, but this includes large rural areas. It is the usual starting point for a downriver Yangtze Cruise.

Chongqing Municipality includes the continuance of the East Sichuan Plateau, then the first half of the famously beautiful Three Gorges section of the Yangtze, as the river pierces through the mountainous divide to the plains of Hubei Province.

Other attractions on the Yangtze River in Chongqing Municipality are Fengdu Ghost City, “the home of the devil”, a town of tombs and temples which gives an insight into Chinese ideas of hell; and the Lesser Three Gorges, with even more picturesque and spectacular gorges on a tributary of the Yangtze.

Hubei Province also includes the latter half of the scenic Three Gorges section of the Yangtze and two large inland ports at Jingzhou and Wuhan, which, along with Yichang, are optional ports on a Yangtze Cruise. Other attractions include Shennong Stream, with its steep canyon, crystal waters and karst landscape, and Gezhou Dam, a shorter, wider and earlier dam than the Three Gorges Dam, located downriver at Yichang City.

By the time the Yangtze reaches Wuhan it is not far above sea level and can be said to be entering a different stage – its lower reaches – a fertile lowland of lakes and waterways, fish and rice.

The Map of the Middle Reaches