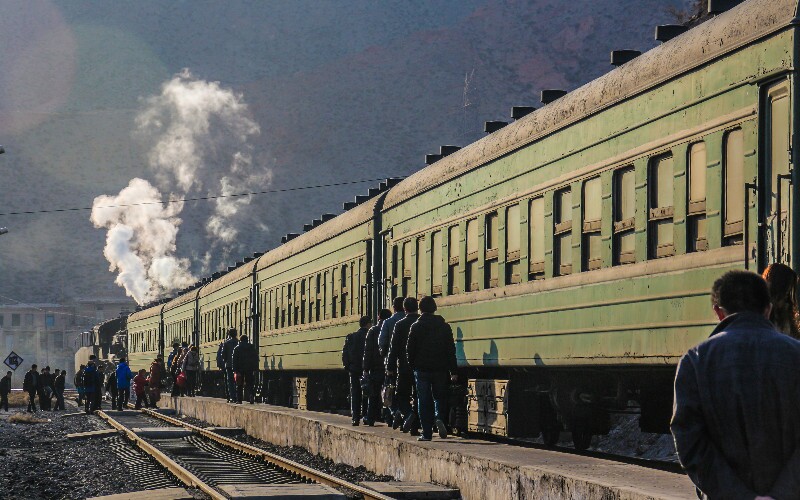 How to Travel from Wuhan/Yichang to Zhangjiajie

Wuhan and Yichang are two major ports for Yangtze River cruises from Chongqing.

Wuhan in Hubei Province is located 533 kilometers (or 331 miles) from Zhangjiajie, and Yichang, also in Hubei and located just to the east of Wuhan, is a little closer at 380 kilometers (or 236 miles).

These two major hubs are well-connected by train and we recommend taking the train to Zhangjiajie from both Wuhan and Yichang. This is because there are no direct flights, and while there is a bus from Wuhan to Zhangjiajie (not from Yichang), it is unlikely to be very comfortable for the entire ride.

How to get to Zhangjiajie from Wuhan by train

The Yangtze River Bridge in Wuhan

We recommend taking the train because it's quite a long way on the bus, and the train is usually more comfortable and overnight.

You can use the China Highlights train ticket service to instantly check ticket prices per seat category, or to find out the latest availability. Tickets for these journeys by train range from approximately 14 USD to 41 USD.

How to get to Zhangjiajie from Wuhan by bus

There are buses between Wuhan and Zhangjiajie but these take about 7 hours. For RMB 180 to 188 (more than the cheaper train tickets), you can get a bus from Wuhan Jinjiadun Bus Station or Wuhan Hongji Bus Station; they leave at 10am or 8.40am respectively and both get into Zhangjiajie Bus Station.

You can find more information, addresses, and phone numbers for the different Wuhan bus stations on the Wuhan Transportation page.

How to get to Zhangjiajie from Yichang by train

The Three Gorges Dam is usually the last stop on a Yangtze cruise before Yichang.

This is the best and only way to get from Yichang to Zhangjiajie directly, as there are no buses and flying requires a stop over.

How to get to Zhangjiajie from Wuhan/Yichang by air

A flight from Yichang to Zhangjiajie takes about 7 hours and stops off in Tianjin on China Southern Airlines too. This isn't a recommended route because it takes a long time, and there is a lot more chance for a delay compared to taking the train.

Hallelujah Mountain, named after the floating outcrops of Pandora, is usually the most crowded spot in Zhangjiajie.

The best time to go to both Zhangjiajie and Wuhan/Yichang is when there are no public holidays in China, as it gets really busy, and when the weather is best.

Between September and early November, the weather is comfortable. You can also go between April and June if you don't mind humidity and the occasional rain, but beware that Wuhan is extremely hot in the summer.

Chinese public holidays will lead to more expensive accommodation and flights (and sold out flights and trains), these times are:

We recommend getting to the train station at least 1 hour being departure, 1½ hours during peak times or to be safe, 2 hours if you still need to collect your ticket.

We can create your ideal journey including Wuhan or Yichang, a Yangtze cruise,  and Zhangjiajie.

Zhangjiajie is really a once-in-a-lifetime destination. We've got plenty of Zhangjiajie tours depending on how much time you have and how active you want to be. We can take you around for four full days to explore everything these gorgeous mountains have to offer, or take you on a one-day tour of the glass bridge and Baofeng lake.

If you are also interested in cities like Yichang and Wuhan on the Yangtze, you may want to consider one of our Yangtze cruise tours, which can be extended to Zhangjiajie.

And of course, tours can be tailored to your needs. For a tailor-made itinerary, please contact us here.