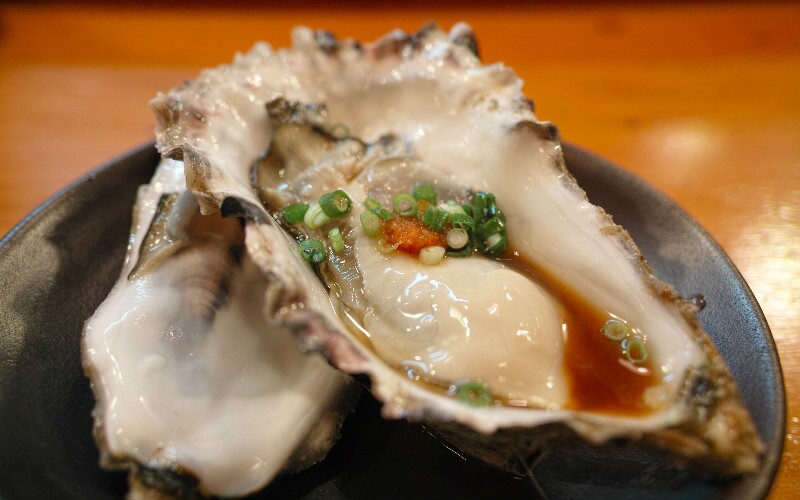 Zhuhai cuisine is similar to Shenzhen cuisine. It is dominated by Guangdong cuisine and incorporates cuisines from other parts of the world. In Zhuhai, one can savor the fresh and inexpensive seafood that is abundant in the area, such as fresh oysters, green crabs, lobsters, urchins, barnacles and the general's caps (a kind of abalone). Worth mentioning is the Portuguese cuisine of Zhuhai, generally made by chefs of Portuguese origin. Having Portuguese cuisine in Zhuhai is a new fashion. Restaurants attached to hotels are capable of holding more than 20,000 customers. The eight well-known schools of Chinese cuisine, Western cuisine, the Emperor's banquet, and Chinese medicinal cuisine are all served here. Zhuhai cuisine integrates delicacies throughout the world. The dishes feature a wide range of raw materials, diversified colors and new designs with rich flavors of South China. Famous dishes include Zhuhai roasted pigeon, roast pig, abalone cooked like a peacock, Deishi rock oyster of Yinkeng, lotus root of Baiteng Lake and others.

Travel with China Highlights to eat most delicious food at a local restaurant.

Peeler crabs, a rare seafood, live in salted and fresh waters. Its body is shiny when cooked and the meat is tender and fresh. The dish contains plenty of protein, and is an invigorating food well known in such areas as Hong Kong, Macau, Taiwan and Zhuhai.

Hengqin oysters are a kind of offshore oyster, living in the surrounding waters of Hengqin Island. The water, which flows smoothly around Hengqin Island, has adequate salinity and temperature, is full of nutrition and contains no pollution, making it ideal for oyster growth. The jumbo oyster is delicious, tender, sweet and fresh, and is famous at home and abroad for its large size, meaty body, white color, tender taste and crisp texture. Oysters are a top marine product rich in nutrition and dietary values. Its benefits include strengthening the spleen and stomach, restoring qi, replenishing the blood, resolving hard lumps, calming the liver, subduing yang and treating dizziness, sugar diabetes, high blood pressure, etc. The oysters are also capable of preventing and curing diseases, such as curearteriosclerosis and cancer. Eating oysters regularly will make your skin lustrous, smooth, white and beautiful.

The Wanshan Prawn, also called the "crystal prawn", is one of eight important staple marine products and important marine product resources along the coast of the country. The fishing fields of Wanshan Islands in Zhuhai have a long history of prawn farming. The prawn can be steamed and fried, and can be used to make all types of delicate snacks and famous dishes.

Oysters originate from the Fuxiang Bay oyster field in Hengqin. Hengqin Island is an island off the south of Zhuhai City, about a 40-minutes drive from the ferry quay of Jiuzhou Harbor. The oyster field is opposite Luhuan, facing Macau across the bay. From November to April of every year is the ideal season for savoring oysters, as the oysters maturate gradually during winter after being cultivated for more than a half year. The oysters raised in Hengqin Island are especially large and thick given the good quality water. They can be fried crisp, scalded, baked on iron boards and baked with ginger and scallion. They are also excellent for the "surrounding the hot pot" dish, a chafing dish cooked in a terrine. Oysters contain rich protein, which is believed to have the effect of strengthening the yang and preserving the face. Therefore, as oyster season nears, a great number of "oyster guests" come a long way from Macau, Zhuhai, Zhongshan and other areas to gorge on oysters.