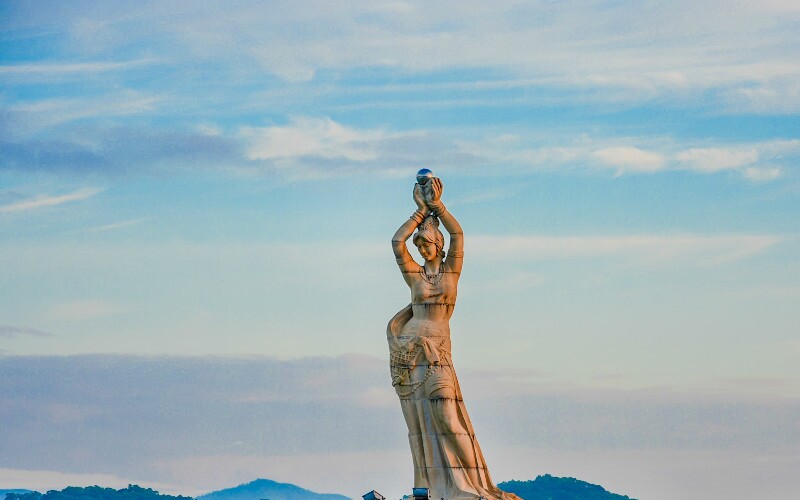 Zhuhai Travel Guide - How to Plan a Trip to Zhuhai

Zhuhai is a city with a beautiful environment and pleasant climate. It is a special economic zone in southeast China, adjacent to Macau and not far from Hong Kong.

The New Summer Palace is a theme park you can visit. It is a replica of the original Summer Palace in Beijing. There are classical southern Chinese gardens. Many daily performances are given at different places.

The Zhuhai Museum is set on 1.5 hectares (3.7 acres) in the downtown area. There are 13 exhibition halls in the museum where a huge number of ancient ceramics and photos depicting the history of Zhuhai, collections of numerous items, and artefacts that date back to the Neolithic period are displayed.

Things to Do in Zhuhai

Since Zhuhai is close to Macau and near Hong Kong, it is influenced by these two cities. Shuiwan Street is a bar street. You can taste original Portuguese red wine and German beer there.

There are over 340 beaches in Zhuhai, and some of them are undeveloped. The Zhuhai people have an enthusiasm for beaches. They love picnicking and camping there. Every year, there is a beach music party which is even more popular than the Sea Goddess Festival.

Zhuhai also has an international circuit. There are international automobile races every year. It attracts lots of fans who love auto racing. See more on Free Things to Do in Zhuhai.

The main food in Zhuhai is seafood. Among the variety of seafood available, below are some well noted ones: Dieshi Oyster Sauce, Hengqian Fresh Oysters, Wanzai Salt Fish, Huangjin Eelsand Huangyang Litchi. You can sample all of these delicious foods at Wanzai Seafood Street in Xiangzhou District. See more on Zhuhai Food.

Zhuhai is also a city which suffers from typhoons and rainstorms every year. The typhoons usually occur from June to October four times each year. Serious typhoons may occur once a year and heavy rain storms occur about five times each year.

The Best Time to Visit Zhuhai

The best time to visit Zhuhai, Macau and Hong Kong is from October to December when the weather is warm and sunny, and humidity levels are low. These cities are close together, so the weather is similar. In this coastal region, the best weather is in November and December after the typhoon season. Weather turns colder in January.

The weather from January to March is cold but sunny. It starts to get humid in April. From May to September, the climate becomes hot, humid, and rainy with occasional typhoons.

Gongbei Port is one of the major border crossings between Zhuhai and Macau.

Zhuhai Sanzao Airport is about 35 kilometers from the downtown area. It has routes to more than 30 domestic cities such as Beijing, Shanghai, Tianjin, Guilin, Qingdao, Hangzhou, Nanjing, Chengdu, Kunming, Xi'an and Xiamen.

From Zhuhai to Guangzhou, you can take a bullet train (light rail) which takes about one hour. The boarding point in Zhuhai is Zhuhai North Railway Station in Xiangzhou District.

There are three bus stations in Zhuhai. If you take an intercity bus to Guangzhou, it takes about two hours. With the opening of the Hong Kong – Zhuhai – Macau Bridge, you can take buses to Hong Kong directly, but you can't use the bridge to go to Macau from Zhuhai.

The public buses in the city area in Zhuhai are 2 yuan per person per time. Please prepare small notes, because you won't receive any change.

In West District and the airport: The starting price is 10 yuan for the first 3 kilometers (1.9 miles), after that you'll be charged 2.2 yuan per kilometer.

Touring Zhuhai with Us

When you are in the region, you can enjoy a tour of Zhuhai with us. Hong Kong is an hour away by fast ferry and about an hour and a half by bus across the bridge. Going to Macau simply requires going across the border. It is easy to take a tour including the highlights of Hong Kong and Macau.

We at China Highlights specialize in private and personalized tours. We can help you tour the area and other parts of China as well. Just tell us your interests and requirements.