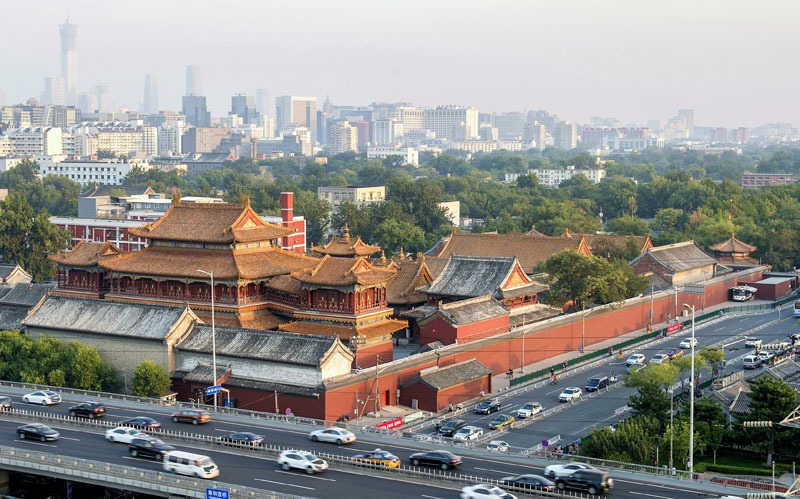 The Lama Temple, also known as Yonghe Temple, Yonghe Lamasery, or Yonghe Lama Temple, is located in central Beijing. The Lama temple is the biggest Tibetan Buddhist temple in Beijing, which is also a popular worship place for locals.

Since it was converted from a royal palace to a Tibetan Buddhist temple by the Qianlong emperor (r. 1735–96) in the Qing Dynasty, the lama temple has been one of the most influential Tibetan Buddhism temples in China. It is today not only a museum of Tibetan Buddhism but also a functioning temple where people pray.

Why is the Lama Temple Important?

The History of the Lama Temple

In 1725, the remaining half of his Royal Court burnt down unexpectedly, so the house of the Gelug Sect that was left was appointed as an imperial palace outside the Forbidden City, and it was named Palace of Eternal Peace (Yonghe Gong).

The Lama Temple and Tibetan Buddhism

The lamas are studying buddhist scriptures

The Qianlong Emperor transformed the Palace of Eternal Peace into a lamasery for two purposes: 1) to commemorate ancestors and express filial piety and 2) to foster the development of Tibetan Buddhism.

During the reign of the Qianlong Emperor, the Lama Temple in Beijing became the highest level of lamasery in China, on a level with Jokhang Temple in Lhasa. The number of Tibetan lamas in the temple once reached more than 500.

The temple became the ‘Tibet Office in Beijing’ at that time, which was the link between the Qing Dynasty and Tibet. It was from there that the Qing Dynasty established its rule over Tibet and Tibetan Buddhist affairs.

The Golden Urn in the Lama Temple

To manage Tibetan Buddhism and Tibetan affairs effectively, the Qianlong Emperor set up a system of lot-drawing from a golden urn to solve the problem of choosing a spiritual child for the reincarnation of the Living Buddha — the Dalai Lama.

Nowadays, the Panchen Building of the Lama Temple serves as an exhibition hall, where a replica of the original Golden Urn is displayed.

The Layout and the Five Main Buildings

There are five main buildings in the Lama Temple separated by courtyards. Building heights decrease from the south (the gate hall) to the north.

The Yonghe Gate Hall - Main Gate of The Lama Temple

It has all the traits of a grand Chinese Buddhist temple entrance. Two lifelike bronze lions sit in front of the hall, which give people a sense of seriousness before they cross the threshold.

In the middle of the hall, there is the statue of the Buddha Maitreya seated on a golden lacquer throne. It is also called the Palace of the Heavenly Kings, as, on two sides of the hall, stand statues of the Four Kings of Heaven.

It is formerly known as the Yin'an Hall, was where Prince Yongzheng met with government officials. It was later converted to a Lama Temple hall, which is similar to the Yonghe Gate Hall.

Three 2-meter-high bronze Buddha statues stand in the north of the hall. These three Buddhas represent the past, present, and future:

Along the two sides of the wall stand the 18 Arhats. In Chinese folklore, they represent protection. A mural depicts Guanyin, the Goddess of Mercy, who is also sought for blessings and fertility in China.

The Yongyou Hall - The Study And Bedroom of Prince Yongzheng

The Yongyou Hall seems like five buildings from the outside, but it is actually five pairs of buildings, each pair joined together.

It used to be the living quarters of Prince Yongzheng. Later, it became a hall of prayer. When emperors died, their coffins would be temporarily stored there. Monks would pray for them and then bury them. So, the name of this hall refers to prayers of everlasting protection prayed over dead emperors.

Today, in this hall there is a statue of the Bhaisajya Guru (the 'Medicine Buddha'), who represents protection and healing in China's Buddhist culture.

The Falun Hall - The Biggest Hall in The Lama Temple

A bronze statue sits on a huge lotus stage at the middle of the hall, 6.1 meters (20 feet) high. With a smiling face, it represents the founder of Gelug Tibetan Buddhism, Je Tsongkhapa.

Behind it is the second of the three unique, world-record-holding, treasures of the Lama Temple. About 5 meters (16 feet) high, 3.5 meters (11.5 feet) wide, and 30 cm (1 foot) thick, the red sandalwood Five Hundred Arhat Hill carving holds Arhat statues made from gold, silver, copper, iron, and tin.

The 25-meter-high Wanfu Ge (‘All Blessings Pavilion’) is sometimes referred to as "The Hall of Boundless Happinesses".

The statue of the Buddha Maitreya in the hall, carved from one precious white sandalwood log from Nepal, is the biggest wooden Buddha in the world. 18 meters (59 feet) high above the ground, and 8 meters (26 feet) deep below the ground, the Buddha's body is 26 meters (85 feet) high and 8 meters (26 feet) wide. The seventh Dalai Lama gifted the Qianlong Emperor with the sandalwood in the 1750s.

It only needs about 1–2 hours to look around the Lama Temple. Walking along the central axis from north to south, through the memorial archway, the Lama Temple's compound is mainly composed of six major halls and seven courtyards.

The six halls are Yonghe Gate Hall, Yonghe Gong Hall, Yongyou Hall, Falun Hall, Wanfu Pavilion, and Suicheng Hall. The side buildings built on both sides of the central axis are also worth visiting if you would like to explore more.

The Best Time to Visit the Lama Temple

The Lama Temple is suitable for visiting all year round, but the warm weather of the peak season lasts from April to October.

Per our experience, the best time to visit the Lama Temple is from mid-October to the end of November. This short autumn season boasts comfortable temperatures and fewer crowds.

The Lama Temple is always more crowded during weekends and Chinese public holidays such as the Chinese New Year holiday (January/February), National Day holiday (October 1–7), and Labor Day holiday (May 1–3).

For travelers who want to explore Tibetan Buddhism more deeply, it is suggested to visit during important festivals at Yonghe Temple.

Dayuan Invocation Dharma Assembly is one of the most important festivals of Tibetan Buddhism. It commemorates Sakyamuni, the founder of Buddhism. During the Dayuan Invocation, monks chant scriptures to pray for a peaceful year.

This week-long festival is held in the period mid-February to mid-March (from the 23rd of the first lunar month to the 1st of the second month).

Monks of the Temple get up and go to the temple at 2am on the first day of China's New Year, chanting till the sun comes up. On this day, many people flock into the temple to pray to welcome in the coming year. This festival falls in the period from January 21 to February 20 according to the Chinese lunar calendar.

How to Get to the Lama Temple

The Subway in Beijing

Please note: As the Lama Temple is the most popular place to seek blessings in Beijing, it will be packed with locals praying around the time of traditional festivals and important examinations. It can be a good opportunity for you to experience the Buddhist culture in China or a bad time to avoid if you prefer a quieter location.

We provide one of the best tailor-made tour services in China and can tailor the Lama Temple and any other attractions you want into your Beijing tour. With our expert and experienced tour guides and comfortable private transport, all you need to do to go deeper into China’s culture is enjoy the tour! Please contact us for a bespoke Beijing tour. 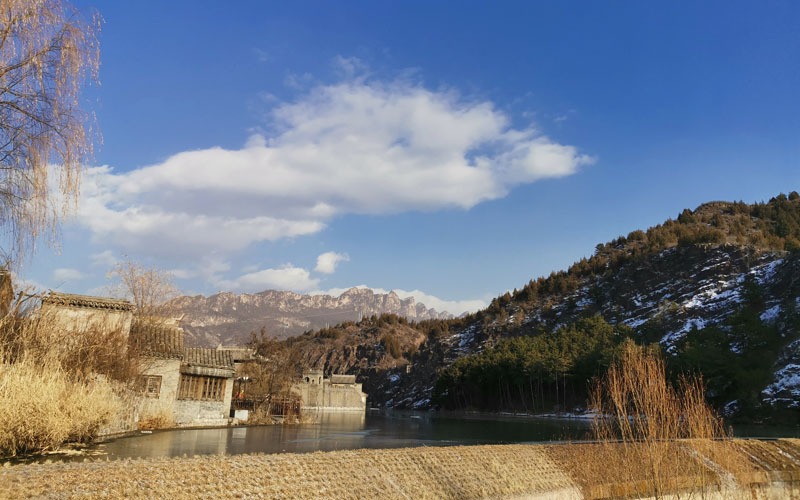