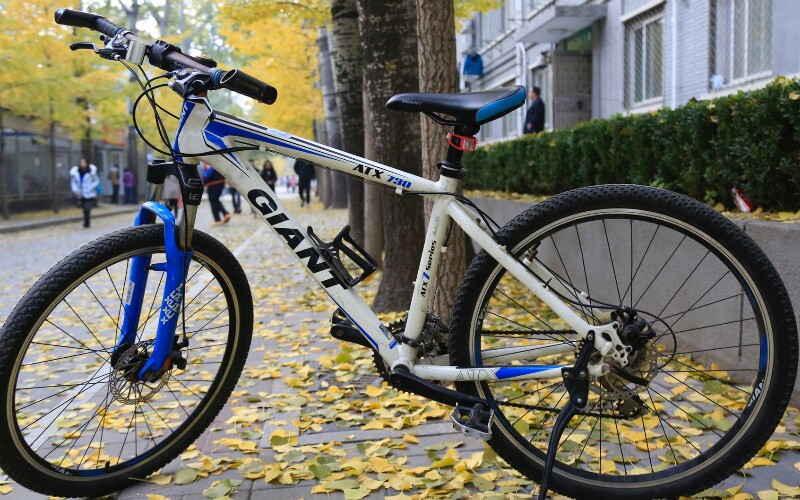 In the 1960s and 1970s, any Chinese family that had a bicycle was considered to be a rich family. By the 1980s, bicycles were popularized and became the main means of transportation for Beijingers.

Nowadays, younger Beijingers have taken cycling, especially the shared bikes powered by the Chinese e-commerce giant Alibaba, as a new trendy way of getting around and exploring Beijing instead of being stuck in the long traffic jams.

Here, we have detailed the 10 best cycling routes in Beijing in 2022 to help you discover Beijing by bicycle.

The layout of Beijing is symmetrical from east to west. Many important buildings are located on the central axis. On this central axis, you can discover old Beijing by visiting the old buildings there.

You can pay a visit to the Temple of Heaven where emperors held sacrificial ceremonies in ancient times. Then cycle to Qianmen, which is very famous for its shopping streets. You will pass through the Forbidden City, which was home to more than 20 emperors. Finally, you can go to Jingshan Park to relax and get a full view of the Forbidden City.

Route 2. A Park, Lake, and Nearby Hutong by Bicycle

This is a very easy cycling route and doesn't take much physical effort. Beihai Park was a royal garden in the past. Ride around Beihai Park and appreciate the beautiful scenery. After that, go to Nanluogu Lane. It is an old hutong and lined with many local snack vendors and shops. Then cycle to Shichahai. Shichahai is a big lake composed of Qianhai (“Front Sea”), Houhai (“Rear Sea”), and Xihai (“West Sea”). There is a bar street in Houhai. If you are tired, it is a good choice to have a rest in a quiet bar and have some drinks.

If you are fond of Chinese temples and culture, this route is suitable for you. You can learn about the sacrificial culture and see many local people doing exercises in the Temple of Heaven.

After visiting these two characteristic temples, you can take a ride to the Imperial College. It is the only well-preserved ancient college site in China. Finally, you can cycle to the Temple of Earth and have a rest.

The Olympic Green is a big comprehensive public activity center covering an area of 2,864 acres (1,159 hectares). It was originally built for the 2008 Summer Olympic Games. The Bird's Nest and the Water Cube are Olympic landmarks with special architectural features.

The Olympic Forest Park is in the north of the Olympic Green, providing a green environment, a wide area, and beautiful scenery. Children can enjoy themselves in the park.

The hutongs are a symbol of Beijing. This route is to discover Beijing's hutongs and streets. Bada Hutong is actually the name for a group of eight ancient hutongs. Liulichang Culture Street is lined with many hundred-year-old stores, such as calligraphy and painting shops, and is filled with a cultural atmosphere. There are many hutongs around this street. You can ride through them and experience the locals' lifestyle in Beijing.

After exploring the hutongs, you can cycle to Dashilan and Qianmen to experience the hustle and bustle of the commercial streets in Beijing.

If you want to see the local markets in Beijing, these two markets are a must. Silk Market features all kinds of clothes, silk goods, and handicrafts. You can purchase them for a relatively cheap price but you should be aware that there are many fake products.

You can experience the modern atmosphere of Beijing and see many skyscrapers on this route. Sanlitun, China World Trade Center Tower III, and Galaxy SOHO are Beijing's landmarks. Sanlitun is the bustling and fashionable area for shopping and entertainment. China World Trade Center Tower III is the second tallest building with a rooftop helipad. Galaxy SOHO has a unique structure.

If you ask where the best places are to taste Beijing cuisine, the most popular answers are Ghost Street and Wangfujing Street. The best time to explore these places is at night as these streets are at their busiest then. You can find all kinds of delicious food, such as meat kebabs, dumplings, tanghulu (candied fruits popular in winter), and hot pot. If you want to taste some Peking duck, you can go to the restaurant called Huajia Yiyuan in Ghost Street.

Route 10. Cycle Along Chang'an Avenue to See the Night View

Chang'an Avenue was once considered the longest and widest street in the world. It is the most important street in China, where military parades are held.

Xidan is a commercial neighborhood with a cultural square and a shopping street. It is known as a "shopping paradise for young people". At night, all of the lights are switched on. Riding along this street, you can see Tian'anmen Square and the National Grand Theater.

Explore Beijing with Us

Visiting the hutongs by bike

Tailor-make a unique tour by telling us your preferences and needs. Alternatively, see our popular walking tours for inspiration: