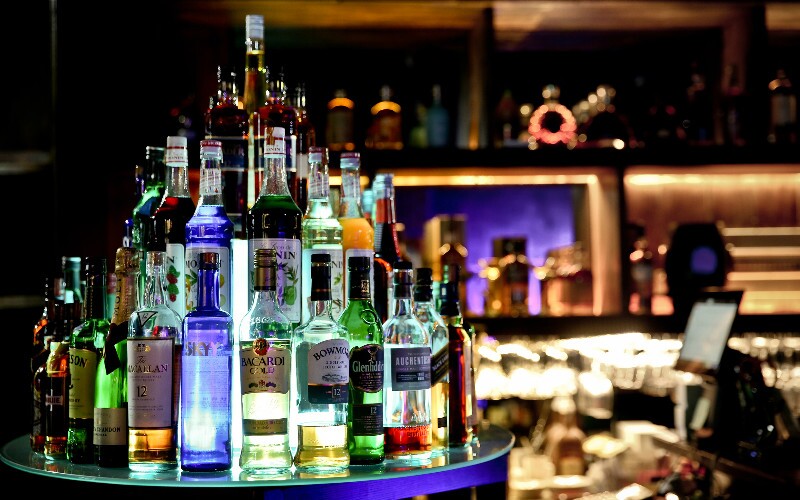 Located in the extreme west of central China, Chengdu is a very prosperous regional hub with all of the modern, broad-ranging nighttime activities one would expect of a successful metropolis of the size of Chengdu. In fact, the city's nightlife is on par with many of China's larger coastal cities and continues to grow.

Traditionally, Chengdu has been a city of active, culturally involved people who are fond of music, art and theatre (mainly Sichuan Opera). The Sichuanese also have a long tradition of dining out, visiting tea houses (See: Best Teahouses in Chengdu) and shopping at large, open-air markets.

Today, though, much of this is being replaced by Western-inspired shopping malls, upmarket restaurants, night clubs, bars and a plethora of KTVs (Karaoke).

However, many Chengdu traditions still remain. Hotpot is Sichuan's signature dish, and late at night, amongst the KTVs, you will also find a large number of late-night hotpot venues still open, with some still open at 3 am.

In the following you can find out more about what Chengdu has to offer in the way of after-hours activities, with something to suit every taste. Welcome to Chengdu after dark!

Shamrock is undisputedly one of the most established Western-style bar/restaurants in Chengdu. It has pool tables, a Western menu and occasional live band. During the weekdays it normally attracts a regular, expat crowd, but on the weekends can attract a pleasant mix of newcomers and established regulars.

Although it has a reputation for being a bar for the more "settled-down" crowd, this is still a nice place to go to meet new people and have interesting conversations. This Irish pub has a sports bar feeling, and was located just around the corner from the American consulate.

Shamrock has closed its old locaiton and will move to a new place. Hopefully we could see it soon at the new location! (Updated 2021.4.1)

This bar provides a large variety of beer and has grown popular with the young European as well as Chinese crowd. It's two-level modestly designed interior gives the bar a very western feel, along with a menu of microbrews and international beer, you may feel like you're back at home. Due to the success of its first bar, it has now opened a second location.

Bookworm is an established bar/restaurant/bookshop. It is often a destination for keen readers or those who want to dine out, but not necessarily go out. It has a different look from other bars on this list, as it is designed as more of a restaurant and meeting place rather than a bar. It often hosts lectures, events and group meet ups and has free books to read, as well as books to purchase.

This is perhaps the most famous club in Chengdu. This club has established itself as the premier place for foreign men and Chinese women to meet and dance. This is most certainly a club and not a bar with loud dance music, a packed dance floor and other patrons chatting outside. It will usually be busy most nights throughout the week with the weekend being the busiest.

This bar blurs the line between a Western-style bar and a Chinese-style bar. Don't worry, you don't need to buy an expensive bottle of liquor or a dozen beers at a time. There is loud music, but not to the point of "MAN! IT'S SO LOUD IN HERE!" but there's generally not a lot of dancing. Here you will find a healthy mix of locals and expats.

Here we go is a relatively new club that has quickly gained notoriety in Chengdu as being the place people go very late at light. It is a relaxed club with a quieter upstairs area and newly renovated bar and dance floor. It is often filled with a majority of young, inebriated foreigner and Chinese people, but generally attracts all late night party-goers. The club plays hip-hop, chillwave, dance and occasionally hosts international DJs, where an entrance fee may be charged. Usually it is free of charge and getting busy at around 3 to 5 am.

Across the hallway from Here We Go is Tag. Tag attracts a similar crowd to Here We Go as people move back and forth between the two. Tag is generally more of a typical club with loud dance music and a big dance floor. This club usually plays house, techno or dance music and occasionally charges an entrance fee.

Nasa is another newly renovated club on the 19th floor of the Poly Centre. Similar to Here We Go and Tag, Nasa attracts the late night party-goers. While it does tend to close earlier than Tag and Here We Go, it often provides another club for Poly Centre visitors to move to when they are hopping from place to place.

This an area home to clubs such as Muse (a club with venues in most major Chinese cities) and Only. It is normally filled with a young affluent Chinese crowd, but can be popular with some foreigners. These clubs have a modern, high-end interior with a large dance floor. Fashion shows and various other stylish events are occasionally hosted at these venues.

Located across the river from Jiu Yan Qiao, this is the premier strip for Chinese bars. If you came to China to experience the Chinese bar culture, this is the area to visit. This area has a range of bars that host bands, DJs and provide standard Chinese bar equipment like the "cup and dice". It is mainly occupied by a Chinese crowd, but you'll often spot occasional foreigners exploring the area. Lan Kwai Fong extends to several streets (including the infamous bar street), so it's good to wander and not just stop at the Lan Kwai Fong signs. In addition to the bars, there are also many street vendors selling snacks and other goods, as well as small convenience stores. You should be warned, however, if you are not careful you might end up in a bar where you have to buy a whole carton of beer instead of just a bottle.

This is the bar in the Shangrila Hotel. There is sometimes a live band, but usually not any dancing. It usually has a ladies night, where ladies may drink wine for free. While the drinks may be a bit more on the expensive side, it is a good place to meet foreigners and locals before it gets too late.

Although this bar has quite the modest name, it has been one of the key places for Chinese rock. Over the years Little Bar has expanded and now has a total of three locations. Even though it doesn't have live performances anymore, it is worth checking out the original Little Bar. Nowadays the clientele is mostly Chinese, but it don't be surprised if someone from the expat communities drops in.

This is one of the smaller, but well appreciated bars in Chengdu. While still relatively unknown, it is a cozy little place to relax and chat with interesting people. They sometimes have performances, and have recently begun a videogame night, where people can come and play a videogame on their big screen. The owner is a friendly Dutchman.

Chengdu's de rigeur night club for serious partygoers. It has several sections, one with a live pop/rock band, another playing techno music, one with light Chinese pop music, and one with hardcore Chinese-Cantonese rock, all of which have dance floors as well as table-and-chair arrangements.

Jinli offers a little bit of everything in the way of nightlife, from tea houses to special crafts boutiques and ordinary bars and pubs. Jinli Street also has a number of bed & breakfast establishments. The architecture and street lighting of Jinli Street is quaint, traditional – and most picturesque at dusk, it is said – adding to the charm of this unusual and popular street. China Highlights offers excellent Chengdu tours that explore Jinli, as well as visit other famous Chengdu Landmarks. Find out more here.

Our Chengdu Tours Let You Explore the Nightlife

Take a Chengdu tour with us and you will have the evening free to explore the city and its nightlife, using our suggestions above. You can also ask your knowledgeable tour guide for more information. Please see our popular Chengdu tours below for inspiration:

Not interested in the above tours? We are more than happy to create a tour for you based on your interests and requirements.