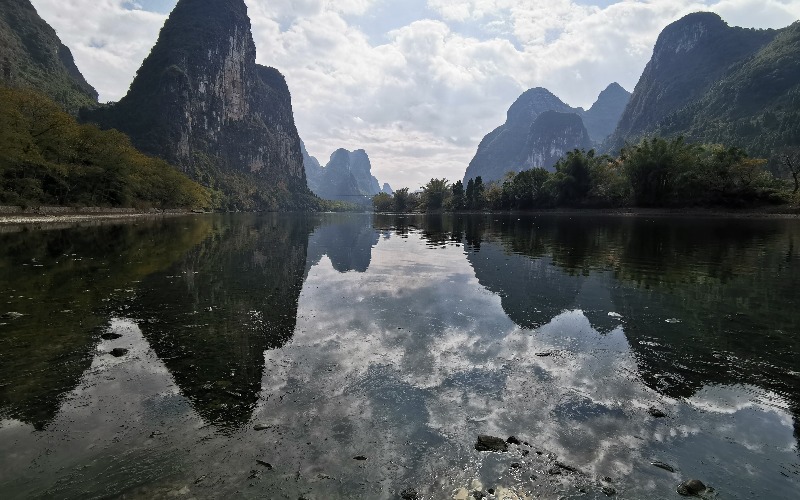 Both Shanghai Hongqiao Airport & Pudong Airport serve domestic flights to Guilin. The following flight schedules are listed for your reference only. You can find more air routes by searching the form above.

How far is from Shanghai to Guilin? Which is the most convenient and fastest way to get to Guilin from Shanghai? How long the trip?

It is about 1600 kilometers from Shanghai to Guilin. Taking a flight is of course the most convenient and fastest way. The trip is about 2 hours.

How far is from Guilin Liangjiang Airport to Guilin South Station? How can I get there?

Hello! We will be in Shanghai in May and would like to go to Guilin. If we arrive at Guilin airport at 10:40am, can we take the Li River Cruise? How long does it last? Do you recommend staying one night in Guilin?

Usually, the Li River Cruise starts around 9:00am. It lasts around 4 hours. If you have time, I recommend you spend one night in Yangshou, and then you could see the countryside by bicycle and see the wonderful show- Show of Impression Liusanjie.

I have international driver license and have drove in many countries. I like to know about car rental without driver in Guilin airport.

I'm afraid that according to China's laws and regulations, foreigners are not allowed to drive by themselves in China, not even with an international driver license, unless they have Chinese driver license. I would recommend that you take a taxi or hire transfer services, which is more convenient. It takes about 80 yuan from the airport to the city center.