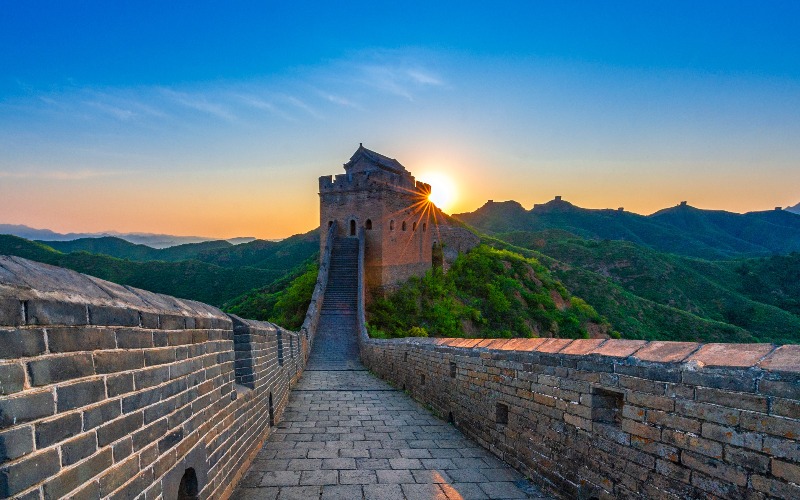 Beijing Capital Airport serves most Beijing to Xi'an domestic flights. The following flight schedules are listed for your reference only. You can find more air routes by searching the form above.

Beijing and Xi’an are two of the most visited cities in China. The air transportation between these two cities is well-developed and very convenient. Flights from Beijing to Xi’an are available from 07:55 to 22:00 with general intervals of 30 minutes. The flying distance is 1100km and the flying time is 2 hours.

How far is from Beijing to Xi’an? How long is the journey by flight? How much does the airfare cost?

It is 1100km from Beijing to Xi’an. The journey by flight is about 2 hours. The full price of the airfare is 1200 RMB. China Highlights can get you the best discounted price. You can use the search engine above to find the real time flight schedule and the best value price.

Is the temperature difference between Beijing and Xi’an sharp?

The temperature between Beijing and Xi’an is minor. Both of them have hot and humid summer, cold and dry winter, cool spring and autumn. Generally speaking, the temperature of Beijing is 2 ºC (36 ºF) lower than that in Xi’an. The different is more obvious during winter, about 6 ºC (43 ºF) to 8 ºC (46 ºF). China Highlights provides real-time weather forecast for Beijing and Xi’an and the forecast for the coming four days.

Is it easy for me to get to Beijing Capital International Airport from the city center of Beijing? How much time should I prepare for the trip on the road?

Airport express: It is a subway traveling from Dongzhimen to Terminal 2 and Terminal 3. The duration is only 20 minutes. Ticket fee: 25 CNY.

Hotel shuttle bus: Most major hotels in Beijing provide this service. The interval is from 10 minutes to 30 minutes or when a bus is full.

Airport taxi: the charge will be at least 100 CNY.

Though the transportation is well-developed, traffic jams are often seemed. It is suggested that you take two hours to two and a half hours (depending on your departure place) ahead of the departure time of your flight.

How can I travel from Beijing South Railway Station to Beijing Capital Airport? Is there an airport shuttle bus available at the station? How long is the journey?

Yes, airport shuttle buses are available at Beijing South Railway Station from 07:30 to 19:30 with intervals of 30 minutes. The journey is about one hour. In case of a traffic jam, you are suggested to prepare more time.

Xi’an Xianyang International Airport, located 35 kilometers northwest from Xi’an, is the eighth largest airport in China. All signs are all in both Chinese and English.

Currently it has two terminals. Terminal 1 is for China Southern Airlines (CZ) and its affiliated airlines including Sichuan Airlines (3U), Chongqing Airlines (OQ), Joyair (JR) and Xiamen Airlines (MF). Terminal 2 is for other airlines, such as China Eastern Airlines (MU).

ATM, restaurant, shops and information kiosks are easily accessed to at the airport. If you want to travel to other cities from Xi’an by train, you can buy train tickets at the airport. The train ticket office is located at Gate 3 of T 2, business time: 08:30 – 22:00.

To the City Center of Xi’an

Currently, there are three ways to travel from Xi’an Xianyang International Airport to the city center of Xi’an:

Airport taxis: It will cost about 100 CNY.

To Cities around Xi’an

Hello, how can I get to Luoyang after 6 pm from Xi’an Xianyang Airport? Is there a direct bus?

How to get around in Xi’an

Renting a bike to visit Xi’an is convenient and can be very interesting despite the road condition of Xi’an is chaotic sometimes. Most famous attractions in Xi’an City are located around the city center, including Big Wild Goose Pagoda (one of the most famous Buddhist pagodas in China), Shaanxi Provincial Museum (one of the two largest historical museums in China), and Muslim Food Street.

Moreover, Xi’an City is surrounded by ancient walls. Ride a bike all way around on the top of it to see the Xi’an City can be a very impressive experience.

Public bus routes cover most attractions and districts of Xi’an. One subway line traveling under Chang’an Street links the Bell and Drum Tower, Xi’an Railway Station and Xi’an Bus Station. If you want to take a taxi, you are suggested to have your destinations written in Chinese on a piece of paper. Most taxi drivers can’t speak English.

Things to do in Xi’an

Xi’an, renowned for its rich history and culture, is one of the four ancient capitals of China. It is located one of the most visited attractions in China, Terracotta Warriors and Horses. It is definitely the top one thing to do in Xi’an.

As it is mentioned at the previous question, most famous attractions of Xi’an are located around the city center. They are also the must-sees. Strolling the Muslim Food Street and enjoying all kinds of food there and riding a bike on the top of Ancient City Wall of Xi’an should never be missed.

Where to stay in Xi’an

Stay in the hotels around the Bell Tower which located at Xi’an City center is recommended. The Bell Tower is a terminal of an airport shuttle bus line of Xi’an Xianyang International Airport. It is the only bus line available till the last flight.