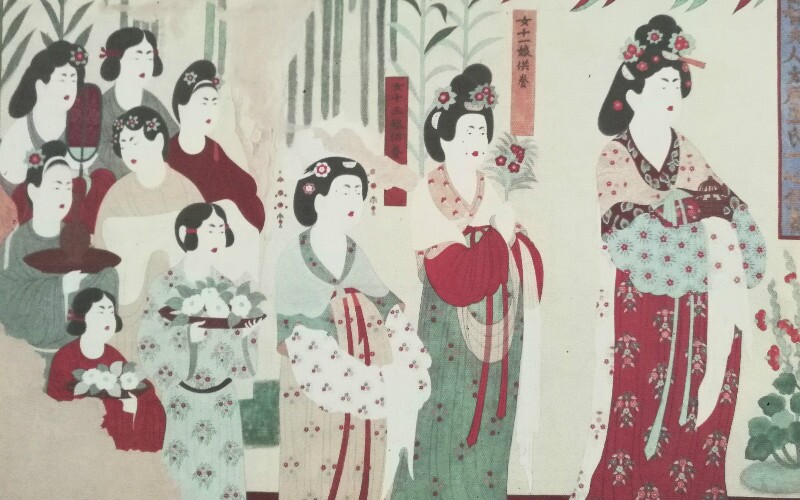 Dunhuang Travel Guide - How to Plan a Trip to Dunhuang

As an important stop on the ancient Silk Road, Dunhuang once presided over the only channel from China’s Central Plains to Central Asia and even to Europe. The “world’s four ancient civilizations” of China, India, Greece, and Islam co-mingled there, making Dunhuang an international stage full of exotic customs and ancient legends.

Located at the westernmost end of the Hexi Corridor, Dunhuang is a county-level city in Gansu Province. Dunhuang means ‘grand’, and it was also called Shazhou — ‘Sandy Prefecture’ — historically, because the city is located at the edge of a charming desert, known as the Singing Sand Mountains.

Things to Do in Dunhuang

Dunhuang used to be an important city on the ancient Silk Road, and now it is a famous historical and cultural city of China attracting many tourists from China and abroad. In Dunhuang, you can see the spectacular Gobi Desert wonders, appreciate the amazing cave art, and discover its profound history of more than 2,000 years.

Dunhuang was a place full of stories and legends of the Silk Road and it is famous for its Buddhist mural heritage in the Mogao Grottoes. Dunhuang was also an important military area in Chinese history. Yumenguan, Yangguan, and the Great Wall of the Han Dynasty (mostly built by 121 BC, it existed much earlier than the Beijing Great Wall) were all important defense projects, which are also now among Dunhuang’s famous tourist attractions.

1. Bask in History and Art in the Mogao Caves

Mural painting in the Mogao Grottoes

Situated about 25 km (15 mi) from Dunhuang City, the Mogao Caves are also known as the Thousand Buddha Caves. They house a large area of cave-wall murals covering Buddhist history, Buddhist legends, and social life including hunting, farming, textiles, transportation, war, construction, dance, marriage, and funerals. Do you want to know what the life of the ancients was like? Or have you ever imagined what a Buddhist worldview is like? These vivid scenes will reveal it for you.

The Mogao Grottoes is the largest and most abundant Buddhist art area in the world. It is praised as an "art museum in the desert". You can find out more about the Mogao Caves here.

In order to protect the murals and carvings, the number of visitors per day to the Mogao Caves is restricted, so we suggest booking a Dunhuang trip as early as you can.

Camal riding is a popular way to visit the ‘sand mountains’, traveling (albeit briefly) as the caravans crossed the desert thousands of years ago. We recommend the sand-proof shoe covers that you can rent at the scenic spot.

Known as "the First Spring in the Desert”, Crescent Spring is located at the foot of the Singing Sand Mountains. It is nearly 100 meters long from north to south, and about 25 meters wide from east to west. It is so named because its shape looks like a crescent moon. It is the quintessential oasis.

Crescent Spring is always visited together with the Singing Sand Mountains, and the best time to visit is at dusk when the sun is setting slowly over the dunes, bathing them in pink and gold and casting long shadows.

Situated about 200 kilometers (130 miles) west of Dunhuang, Yardang National Geological Park is famous for its unique “Yardang landforms” formed by wind erosion. When night falls, the park’s zephyrs scream awfully through the rocks, like ghouls, so it is also called “Ghost City”.

Travelers should visit Yardang National Geological Park using the different northern and southern routes. The sunset views at the park are wonderful and you should not miss them.

The best season to see Dunhuang and to take a Silk Road tour is from June to October, when the temperatures are most suitable — especially from September to October, when you can taste freshly harvested local fruits, such as watermelons, apricots, and grapes.

Dunhuang has an extremely arid continental climate, which has three main characteristics:

The annual average precipitation in Dunhuang is only about 40 mm. The meager 1½ inches mostly falls from June to August, with 15 mm in July.

Winter is long and chill in Dunhuang, usually lasting from mid-October to early April. From March to May, the temperature rises gradually, but sandstorms are common in spring.

How to Get to Dunhuang

Even though Dunhuang is a small county-level city, it is nevertheless a great tourist city with convenient transportation. Travelers can take flights and even bullet trains to Dunhuang.

Liuyuan Railway Station is about 130 km (80 mi) from Dunhuang city. Normal trains from Beijing, Shanghai, Chengdu, and other big cities stop at Liuyuan station. Bullet trains race the route from Liuyuan to Urumqi with a stop at Turpan.

We always suggest taking the bullet train from Liuyuan to Turpan if you want to travel to Xinjiang Province from Dunhuang. It is about 3½ hours’ train travel and you can see a suggested trip plan here.

What to Eat and Drink in Dunhuang

Shazhou Night Market is one of the best places in Dunhuang to try the local food.

Here, we will introduce you to some famous dishes and drinks in Dunhuang.

Pulled from a lump of dough, yellow noodles are as thin as golden threads. They are pliable and tough, requiring a high degree of skill from the makers. You can eat them with soup or cooked meet or vegetable dishes. Local people like to eat the noodles with diced donkey meet.

Yellow noodles have a long history, and their making can be found depicted in Mogao murals from the Song Dynasty (960–1279).

Niangpizi (酿皮子 /nyang-pee-dzuh/ ‘fermented skins’) is a traditional fast food. It is another kind of wheat noodle product and is easy to make. Firstly, mix the flour and water to make dough, then put the dough into a steel box and steam it into a cake. Cut the dough cake into long thin strips, mix them with a few spots of oil, a little mustard, garlic juice, pepper, soy sauce, and vinegar, and a bowl of niangpizi is ready. It is tasty and refreshing.

Deep-fried pancakes are a traditional dessert that can be traced back to the Tang Dynasty (618–907). Their raw material is discs of dough. To make them, push sugar, sesame seeds, and walnut chips into a dough disc. After deep frying, the surface swells and becomes a golden deep-fried pancake. It tastes crisp and sweet.

Apricot peel water is the most popular drink in Dunhuang, and you can buy it nearly everywhere in Dunhuang. It is boiled from dried apricots. Apricot water is sour and sweet, a good drink for summer.

Travel Dunhuang with Us

Dunhuang has been a dreamy tourist destination due to its profound history, desert-scapes, and unique grotto art. Please tell us your special interests and requirements, and we will tailor a Dunhuang trip for you. Dunhuang is almost always visited together with other destinations on the Silk Road, such as Jiayuguan, Zhangye, and Xinjiang Province.