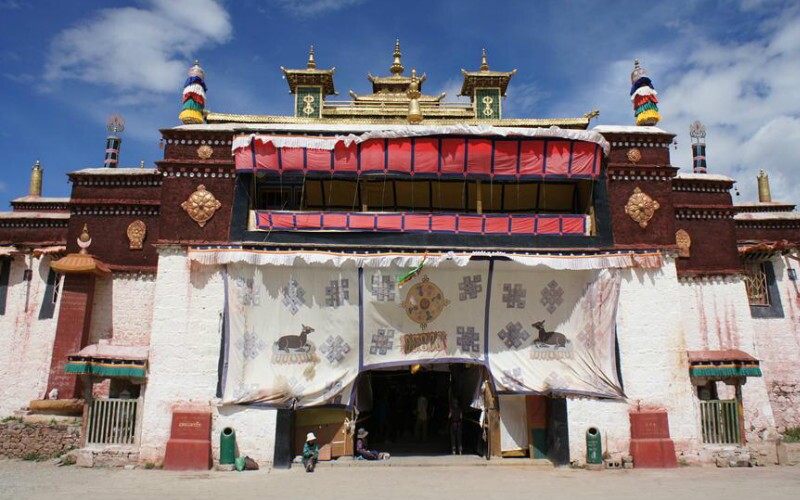 Zamling Chisang, or Universal Prayer Day, is to celebrate Guru Rinpoche's subjugation of the local deities and the founding of the Samye Monastery.

In Lhasa, there is the spectacle of large amounts of sang being burned up on the hills of Chakpori, in Bumpari that is on the southern side of the Kyi-chu, and in Gephelri that is behind Drepung Monastery.

The Samye Monastery was a temple that Guru Rinpoche presided over and that the first emperor of the Tibetan Empire founded. It is called Samye Monastery because the emperor was said to have been surprised by something.

Watching the people burn sang and remembering the founding of this tradition of Buddhism in Tibet may interest you.

During the reign of the 38th king of the Yarlung Dynasty, the land of the First Emperor of Tibet named Trisong Detsen (742-798) of the Tubo Kingdom was beset by evil mountain deities.

At that time, there was a Buddhist guru named Padmasambhava living in India in the Kingdom of Oddiyana. He invited him to come to Tibet. In Tibet, it is said that Padmasambhava used his tantric powers to subdue the evil deities and actually made them protectors of Tibet.

Trisong Detsen then had Samye Monastery built. Padmasambhava presided over it and initiated the first monks. Tibetans now call him Rinpoche.

Samye Monastery became an attraction for Tibetan Buddhists. Now, the temple is listed as one of the cultural relics of national importance under the protection of the state. It is a big monastery with many halls.