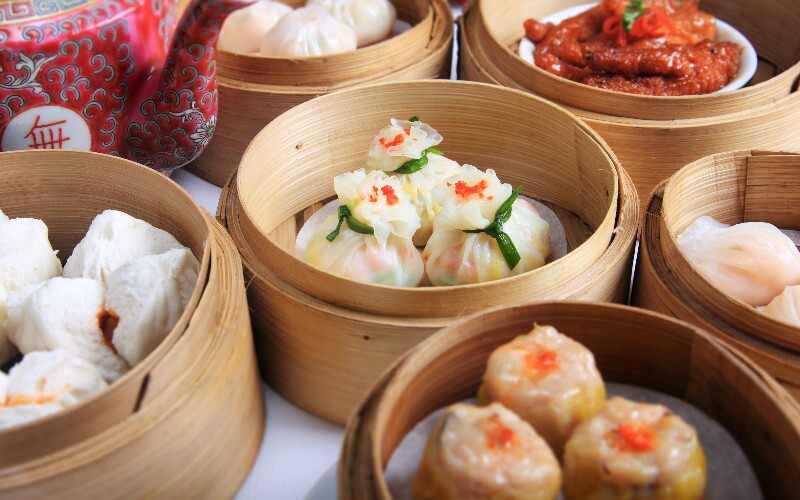 Dim sum is one of the specialties of Guangzhou, with more than 1,000 kinds of dim sum available. Here are the 15 best dim sums you should consider trying when traveling in Guangzhou. 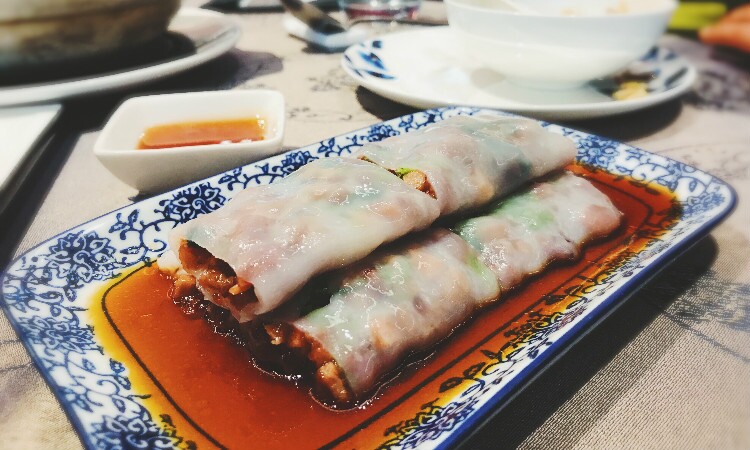 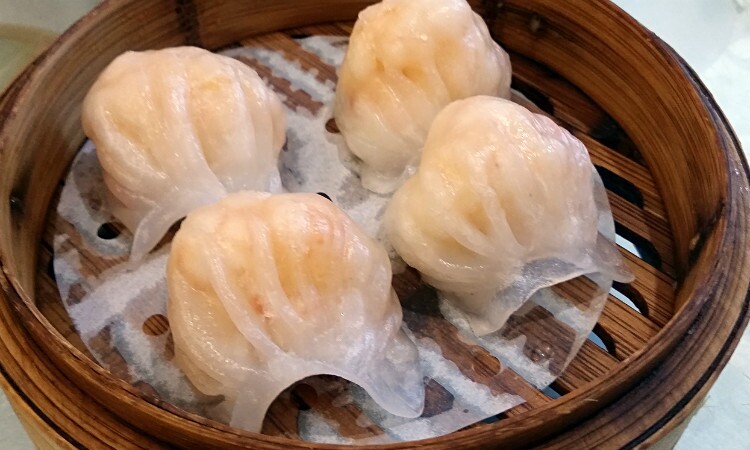 Unlike ordinary dumplings, the skin of shrimp dumplings is made of sticky rice flour. You can see the tender shrimp through the crystal-clear skin after steaming, which is appetizing.

Fried salty dumplings are a traditional dim sum in Guangzhou. Fried minced pork and mushrooms are mixed and wrapped in skins made of glutinous rice flour, then fried until they turn golden. The crispy outside and tender inside combo tastes great.

Shaomai are one of the must-order dim sums for Cantonese morning tea. Different from those in other places, the outside skins of Cantonese shaomai are made of egg instead of dough and are filled with pork, shrimp, and crab legs. The tops are decorated with crab roe. 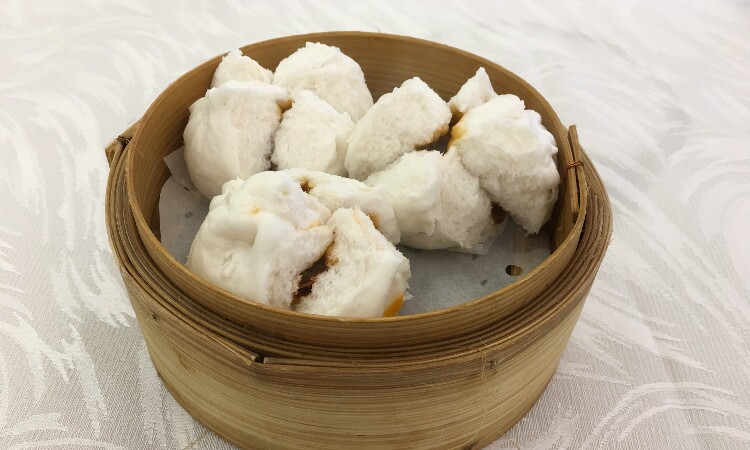 Chashao bao are one of the four most popular dim sums selected for Cantonese morning tea, along with shrimp dumplings, shaomai, and egg tarts.

The buns are filled with barbecue-flavored pork, which is sweet and salty. They can be either steamed for a fluffy and white texture or baked with a light sugar glaze to produce a smooth golden-brown crust. 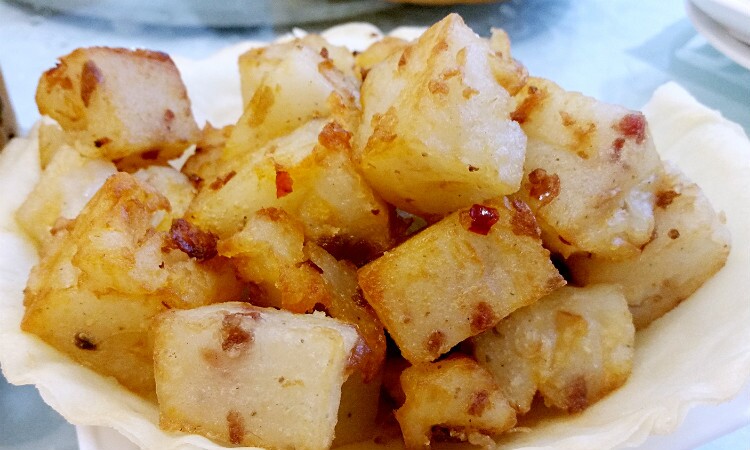 Turnip cakes are a traditional dim sum in Guangzhou, representing the authentic taste of dim sum in local people’s hearts.

Pickled turnip shreds and sausages are added to rice milk with peppers and salt to be steamed or fried. The cakes taste soft and delicious.

Ji zai biscuits are Guangzhou's leading kind of biscuits (U.S. cookies). They are also one of the most popular souvenirs among visitors.

Legend has it that ji zai biscuits’ origin stemmed from the sluggish sales of mooncakes at one time, when biscuit makers at Guangzhou's Chengzhu Teahouse used a mixture of mashed mooncakes, pork, cabbage hearts, mashed garlic, ground pepper powder, and five-spice powder to create the crispy sweet and salty biscuits.

They are shaped like chicks (with imagination) and yellowish, hence the name "ji zai biscuits".

Banana cake is a kind of sweet and soft dim sum. It is made of glutinous rice flour, sticky rice flour mixed with sugar, banana oil, and water. Sometimes sweetened bean paste or jujube paste will be added to increase the taste. 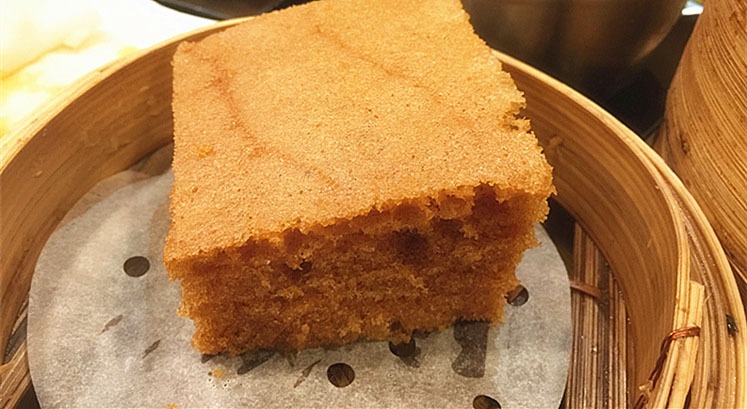 Cantonese sponge cake in teahouses usually comes in a large round shape and is cut into small pieces for sale. It is golden brown, fluffy, and soft with a slight aroma.

BBQ pork pastries are one of the most representative Cantonese dim sums. They consist of baked flaky pastry with a barbecued pork filling and are best fresh out of the oven, when the hot crispy crust blends appetizingly in the mouth with the savory meat.

In Guangzhou, it is a tradition to make fried rice cakes during the Spring Festival (the Chinese New Year Period).

Rice is fried until it turns golden, then ground into rice flour. After which ingredients such as sesame, peanuts, eggs, coconut, etc. are added. Then they’re all put in a wooden rice cake mold to form a shape and baked.

Bowl rice puddings are cooked in small earthen bowls. Their mixture of sticky rice flour and wheat flour makes them chewy in texture. Sugar and ingredients such as red beans and diced fruits give them more flavor. They are popular among young people and children. 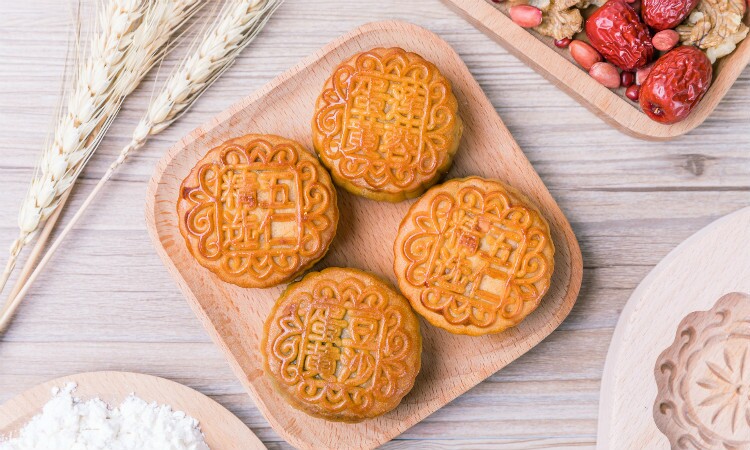 Cantonese mooncakes are characterized by thin skin and a large filling. The ratio of skin to filling is usually 2:8. They are soft to the mouth and delicious in taste.

The most traditional and classic flavor is lotus mooncake. In 1889, a pastry shop in Guangzhou boiled lotus seeds into lotus paste as a filling for mooncakes. Its lotus mooncake was very popular with customers, so it was renamed Lianxianglou (莲香楼 ‘Lotus Flavor Building’). 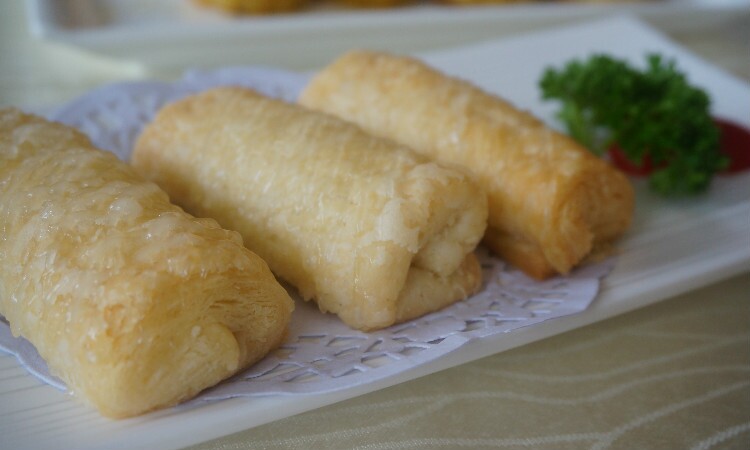 Bocheng are a kind of stuffed roll made with a glutinous rice flour pancake that is topped with ingredients then rolled up. Bocheng have two different tastes: salty and sweet.

Sweet bocheng rolls are more popular, which are amply topped with crushed peanuts, sesame seeds, and sugar before rolling. Salty ones are filled with finely chopped sausage, dried shrimp, and leek.

Champion congee is cooked with pork liver, intestines, and kidney. Peanuts, chopped fried dough sticks, and chopped scallions are put on top of the porridge when it is served.

In that era, a boy who had a great gift for poetry was too poor to go to school and had to sell vegetables for a living.

A congee shop owner felt sorry for him, so every day he called the boy to the shop, bought some of his vegetables, and offered congee to him for free. After several years of schooling, the boy became a ‘champion’ (an imperial examination graduate).

The boy visited the owner as soon as he graduated, and the shop owner asked him to give the congee he ate a name. The boy called it ‘champion congee’.

Touring Guangzhou with Us

All our tours can be customized. If you have any ideas or requirements, contact us. We will make any adjustments you need based on your group size, time, budgets, interests, preferences, and other requirements.