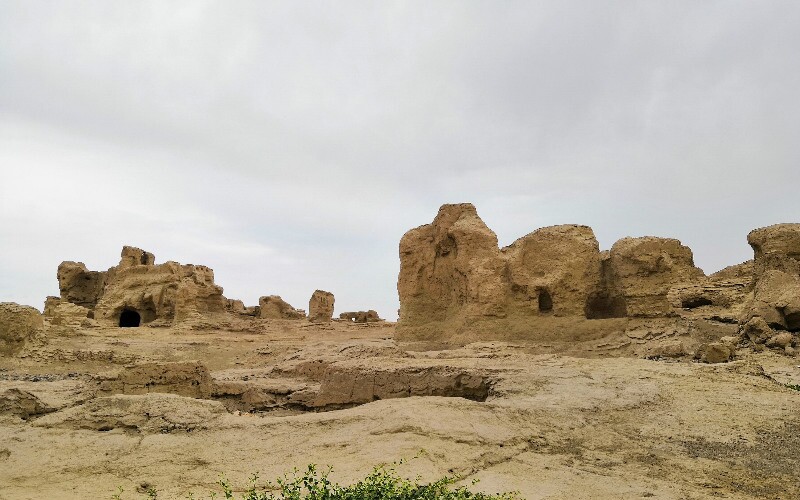 As a ‘key cultural relic unit’ of China, the site of Xanadu served as the summer capital of the Yuan Dynasty during the 13th and 14th centuries. Xanadu, or Shangdu, meaning ‘Upper Capital’, reflects a combination of the farming culture of China's Central Plains and the nomadic culture of north China. The Venetian explorer Marco Polo praised it as “the richest city on earth” in the late 13th century. It rivals Pompeii of Italy in its historical value.

Scroll down to find key travel info and things to do at Xanadu. You’re welcome to contact our Inner Mongolia expert for more information if you can’t find what you need.

Key Facts about Xanadu for Travelers

The History of Xanadu

Initially known as Kaiping City, Xanadu was built in 1256, the 50th year of the Mongol Empire, 23 years before the full establishment of the Yuan Dynasty (1279–1367) in China.

In 1271, Kublai Khan, Genghis Khan's grandson ascended to the throne in China and changed the country’s dynasty name from Song to Yuan. Kaiping City/Prefecture was renamed Shangdu (Xanadu in Mongolian) and served as the summer capital where the emperors escaped from the heat of the southern capital of Dadu (Beijing) and conducted state affairs along with their senior officials each summer.

In 1369, the second year after the Ming Dynasty replaced the Yuan Dynasty, Shangdu’s name was changed back to Kaiping Prefecture. Soon after, the prefecture city was stripped of its status and changed to a border guard post, which was in turn finally abandoned in 1430, the 3rd year of the Ming Dynasty.

The Site of Xanadu has been open to the public since July 15th, 2011 and was listed on the World Heritage List by UNESCO on June 29th, 2012.

To learn more about the history of Kublai Khan and his Yuan Dynasty, feel free to contact us for a tour there with an expert guide.

The Layout of Xanadu

Xanadu has a square perimeter of about 9 kilometers (5.6 miles), about 2.25 kilometers (1.4 miles) from north to south and 2.25 kilometers from east to west. It is a very traditional construction style of the Han Chinese majority, composed of the City Courtyard, the Imperial City and the Outer City, with the Shangdu River (Neidianhe) in the south and the Longgang Mountains in the north.

It also had a Mongolian-style palace, and is surrounded by the vast Jinlianchuan grassland with traditional yurt-style buildings of the nomads.

The City Court wall was made of bricks with watchtowers at its four corners. Its main buildings include the Crystal Palace, Great Joy Palace (Hongxi Palace), Solemnity and Serenity Pavilion (Muqing Pavilion), and Great Peace Pavilion (Da’an Pavilion). River water was diverted into a pool in the center of the City Court.

The Imperial City is in the southeast corner of the Outer City sharing part of its wall.

The Best Time to Visit Xanadu

The site of Xanadu is located in Inner Mongolia’s grassland area and, for sure, the best time to visit there is June to September with mild temperatures and lush grassland scenery.

4 Things to Do at Xanadu

There is a group of statues that are about 7.5 meters high, 34 meters long, and 6 meters thick. The statues symbolize the 750-year history of the site of Xanadu, the 34 years of Kublai Khan’s reign, and the Yuan Dynasty.

In the center of the statues, it is the huge statue of Kublai Khan, the founder of the Yuan Dynasty. On its right side are the Mongolian cavalry, and on the left side are the ministers of the Yuan Dynasty, including Liu Bingzhong, Kublai's Chinese advisor, who designed and built Xanadu, and Marco Polo, the Venetian explorer who served at Kublai's court between 1275 and 1292.

2) Appreciate the Ruins of Xanadu

Xanadu was greatly damaged due to unceasing wars with the Mongols to the north during the Ming Dynasty, leaving only a grassy mound, crumbling walls, and ruined curbs for the later generations to ponder over and dream about.

3) Have Fun on Jinlianchuan Prairie

Jinlianchuan Prairie is part of the Xilingol Grassland on which Xanadu was built. The prairie was once the summer resort area for emperors of the Liao (907–1125), Jin (1115–1234), and Yuan dynasties.

Every summer, the prairie is full of nasturtiums, looking like a golden ocean from a distance. You can not only enjoy the natural and fine pasture with clear waters and beautiful grasses there but also you can participate in traditional Mongol activities like horseback riding and archery.

To learn about the history of Kublai Khan and the Yuan Dynasty and the culture of the Mongols, a visit to the Xanadu Site Museum is a must-do. The museum is about 5 kilometers (3 miles) south of the site of Xanadu, showing a model of Xanadu as it was and displaying valuable antiques and maps of Xanadu.

Due to the long distances and lack of public transportation, the best way to travel to Xanadu is to take a private transfer, combining sightseeing along the way.

Traveling to Xanadu from Beijing (3 Days)

Starting with a private transfer from Beijing to Zhenglan Banna (5½ hours), visit Gongbaolage Grassland on the way, and join in the various grassland activities including a Mongol welcome ceremony, Mongol performances like wrestling, horse racing, and archery, and bare-back horse riding.

Visit the Site of Xanadu, including the Xanadu Site Museum and Jinlianchuan Prairie. Then enjoy Duolun County, known for its natural beauty and said to be “the backyard garden of Beijing”.

Visit the Lamaist temples and Shanxi Guard Hall in Duolun County and learn about the glorious prosperity of the medieval Yuan Dynasty and why Marco Polo said Xanadu was “the richest city on Earth”. Finally, drive back to Beijing.

Traveling to Xanadu from Hohhot (4 Days)

Day 2
Visit the Site of Xanadu, including the Xanadu Site Museum and Jinlianchuan Prairie. Then enjoy Duolun County’s Dolon-nuur Lake and climb a short section of renovated Great Wall.

Drive from Duolun county back to Hohhot (6 hours).

Touring the Site of Xanadu with China Highlights

If you are not satisfied with the above-suggested itineraries, you are welcome to tell us your travel needs, and one of our travel consultants would be happy to customize a tour for you.