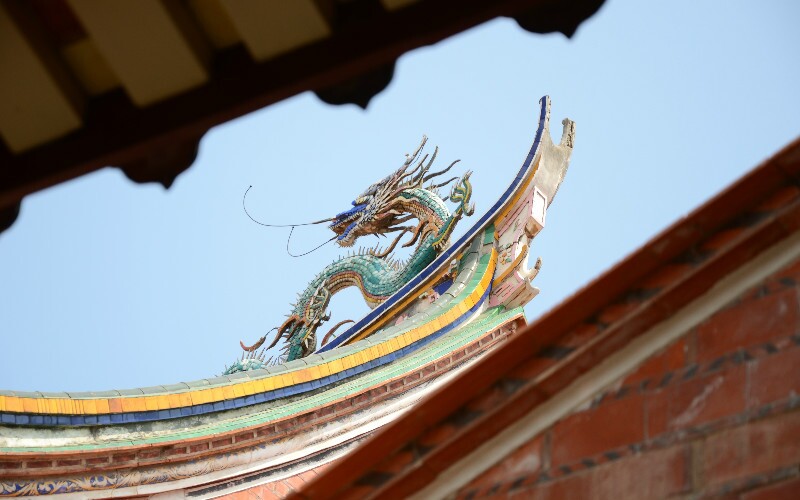 Marco Polo was an Italian traveler who is probably the most renowned Western traveler of China in ancient times. He ended up visiting many destinations in China, including famous tourist areas today such as Beijing, Xi'an, and Hangzhou.

The History of Marco Polo and His Renowned Travels

Although it is not clear where he was born (either at Curzola, off the coast of Dalmatia or at Venice), Marco Polo grew up in Venice.

Marco Polo's journey to China was itself inspired by his father's and uncle's traveling to the country after listening to their stories. His father and uncle, who had been to China before during their trading on the Silk Road, had one time visited Kublan Khan who was an emperor in the Yuan Dynasty.

In 1271, his father and uncle took him along to China then called Cathy. He was 6 years old. The trio went through Armenia, Persia, and Afghanistan to Pamirs.

After Kashgar and the Taklamakan Desert, they reached Suchow (Dunhuang) city and Marco stayed there for a year.

After Xinjiang, the trio traveled to Inner Mongolia. They then met the King at Shangdou (Xanadu, near Hohhot), and then went to Beijing. The trio stayed in the Khan's court for 17 years and acquired wealth in form of jewels and gold.

Polo then explored southern cities of China, and the trio returned home in 1292. They passed through South China Sea to Sumatra and the Indian Ocean, and finally docked at Hormuz.

Marco Polo on the Silk Road

The Grand Buddha Temple in Zhangye

The Silk Road refers to a combination of routes that link China to Central Asia. Polo spent four years marching along the silk road to the capital of Beijing. 3 and half years after leaving Venice, the trio finally arrived to the original capital of Kublai Khan at Shangdou — his summer residence. His winter residence was Beijing.

Marco has written a book The Travels of Marco Polo detailing his journey to China. The book aroused the desire of Europeans to explore China partly because it portrayed the prosperity of the people there.The ancient tourist camel route is famous for ruins and classical and beautiful ancient architecture, Buddhism temples, kingly tombs and Mogao Grottoes. Some of the attractions include the The Grand Budha Temple in Zhangye, which was an important city on Silk Road during ancient times.

Marco Polo came home with a Chinese kite, and this helped the kite to become popular around the world. Many Westerners traveled to China later on in the centuries that followed, after the book, which had become famous in Europe, enlightened more about China.

Xi'an has old architecture such as the the Shanxi Provincial Museum with more than 370,000 relics including bronzes, Terra Cotta figures, gold and silver wares. Other ancient attractions include the Great Mosque.

Xanadu was the summer capital of Kublai Kahn's Yuan Dynasty before being moved to Jin Dynasty capital of Zhōngdu — present day Beijing.

It is composed of Court City, the Imperial City and the Outer City and has watchtowers and famous buildings such as the Crystal Palace and Great Joy Palace.

Kublai Khan's palace in Xanadu was made of cane supported by 200 silk cords. These could be transported easily in pieces when the Emperor of China moved. The rooms of the fine marble palace were gilt and walls were painted with figures of men and beast. Polo's detailing of the paintings reveals that they were attractive and astonishing. Coleridge, a English poet, was inspired by the description to write a poem about Khan's stately dome in Xanadu (Shangdou).

Khan had at that palace, 10, 000 speckles white horses whose milk was reserved for his family and a tribe that had won a victory for Genghis Khan.

Beijing was then called Cambaluc or Khanbalig or the city of Khan. It was, in history, termed as the most magnificent in the world, built because astrologers had predicted rebellion in the old city.

According to Polo, Khan's palace here was the best that ever was — walls covered with gold and silver, and the large hall could accommodate 6,000 people for a dinner.

It has been claimed that this palace might have been built underneath the  Forbidden City.

Marco Polo also contributed to introduction of Catholic church and Christianity in China. Historically, Beijing also had a large number of Nestorians who had come to China in the 7th Century and established the Church of the East. Marco Polo reported about the presence of this type of Christians when he went back to Europe from China. The Catholic priest then sent Christian missionaries in Beijing in 1294 and the Mongols allowed building of Catholic churches. The Catholics were later attacked together with the Nestorians when the latter were rebelled against by the Mongols. The Catholics and Mongols were expelled during the Ming Dynasty.

Hutongs in Beijing reveal ancient architecture that has been around since Marco Polo days. They include the Sanmiaojie Hutong which is the oldest one; and Nanluoguxiang Hutong where you can see age-old siheyuans, archways, wall carvings, and former residences of socialites.

Dongxijiaominxiang is the longest Hutong; and Yandaixiejie Hutong ('Tobacco Pouch Diagonal Alley') is where you can shop for the best hutong souvenirs.

The Marco Polo Bridge is over the Youngding River, and is located 15 km southwest of Tiananmen Square. It is the oldest existing multi-arched stone bridge in the Beijing area and named after Marco Polo.

Marco Polo was appointed by Khan as an official of the Privy Council in 1277 and for 3 years he was a tax inspector in Yangzhou, a city on the Grand Canal, northeast of Nanking (Nanjing). He also visited Karakorum and part of Siberia.

In addition to the famous water towns south of the Yangtze River, Yangzhou gardens such as the Heyuan Garden and Geyuan Garden reflect the typical Chinese garden architecture

Marco Polo visited Hangzhou in the late 13th century. He refers to the city as "beyond dispute the finest and the noblest in the world."

Some of the attractions that will give you a feel for Polo's experience include West Lake, Lingyin Temple, Song Dynasty Town, and the Hangzhou National Silk Museum.

Quanzhou was the departure point for Marco Polo's escorting of the Mongol princess bride Kököchin who was to marry Persian Ilkhanate. It is rich in culture and ancient architecture.

Some of the places to visit include Kaiyuan Temple. You will find the Quanzhou Bay Exhibition Hall of Ancient Ships at Kaiyuan Temple, a ship used by fisherman during the Song Dynasty (960–1279), and which was unearthed 40 years ago.

We can also arrange as much or as little of what Polo saw in a unique, tailor-made tour of China, just for you. All you need to do is contact us.