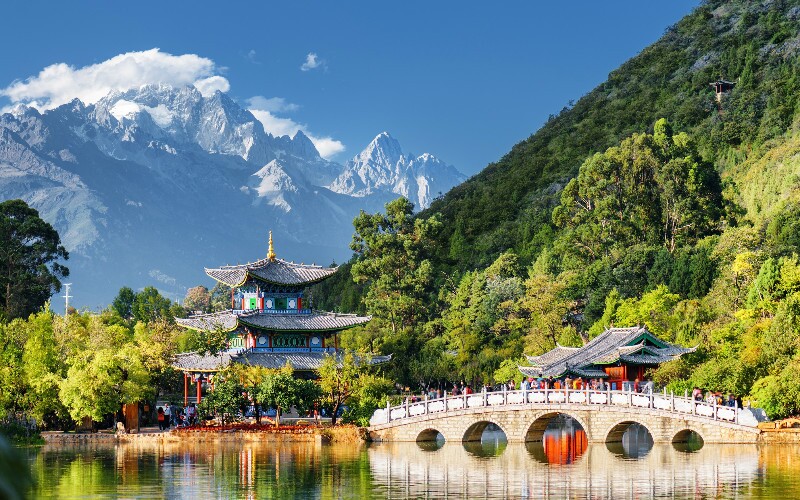 Top Free Things to Do in Lijiang

Lijiang is a beautiful city located in the north-west of Yunnan, China. The Naxi ancient music which is regarded as the living fossil of Chinese classical music, the Dongba hieroglyphs, the mysterious Mosuo people who still keep their matriarchal clan features, the spectacular Jade Dragon Snow Mountain and the charming Lijiang Old Town are all features which attract visitors from all around the world.

However, each of them needs an entrance fee. If you want to explore more of the region and save money, try our list of free things to do in Lijiang.

Lijiang Old Town, also named Dayan Town, is regarded as the "Oriental Venice". It is located at the foot of the Jade Dragon Snow Mountain, with an altitude of over 2,400 kilometers.

It is one of the four well preserved old towns in China, with the other three being Pingyao in Shanxi Province, Shenxi County at the foot of the Yellow Mountains and Langzhong Town in Sichuan Province.

It was established at the late 13th century with a history of around 900 years, and it is famous for its old streets, old bridges, the Naxi traditional buildings and the Bai ethnic culture.

The cobbled narrow pedestrian streets and the small waterways make Lijiang a beautiful and relaxing place to visit. Among these, Sifang Street Square, located in the city center, is the most representative one.

With numerous places to eat, drink, shop and relax, it draws huge numbers of tourists every day, especially during the peak travel season from May to October, when the town is packed with tourists.

By comparison, Shuhe Town, which is about eight kilometers away from Lijiang Town, is far quieter. However, Shuhe Town charges 30 yuan as an entrance fee.

Note: There is a protection fee of 80 yuan for every tourist there.

The fair in Lijiang is popular. It represents the folk culture that has existed for thousands of years. Their architecture, food and customs bring fresh air to those who have come from an urban area.

Sifang Street Square is located in the center of Lijiang Old Town and covers an area of 400 square meters. There are vendors on all corners of the street, selling all types of goods. The unfolded cloth mantles, the yellow oiled paper umbrellas and the traditional booths all compose a spectacular scene.

The various handicrafts in the west section make you feel like you are entering into past times, whereas the pots and pans and other daily necessities compose new stories for lives.

The square is the venue for shows performed by ethnic groups that are organized by the local tourist authorities (usually in mid-mornings and early evenings). Visitors are welcome to join in, and they do, making them fun and joyful.

Being part of the ancient tea route, Stone Drum (Shigu) Town is located 28 kilometers west of Lijiang Old Town, at the intersection of Jinsha River and Yangtze River. Jinsha River flows from north-west to north-east from there, and is called the First Bend of the Yangtze River.

It is worth a short stop to see the famous First Bend of the Yangtze River and there are a couple of decent eateries, particularly one near the gate to the riverside. A walk up the hill to the memorial statue provides a great viewing platform.

Stone Drum Town has also been an important transportation hub, trade center and military stronghold since ancient times. It is a stop for the Tea and Horse Road (a trading route over 2,000 years old, the Silk Road in South China). Various ethnic minorities will throng into this place during market day which occurs every three days.

It is a museum about the Dongba Culture. The building is a copied Naxi-style quadrangle courtyard. With the use of the surrounding geographical conditions and resources, it is composed in the style of an ancient architectural complex.

It presents the different traditional residences of the Naxi people from ancient caves to the modern styles, the documents which can reveal the level of productive forces, the customs on sacrifices to heaven, religious rituals, some pictures, paintings, and some sacrificial items.

Location: next to the Black Dragon Pond Park.

How to Plan a Lijiang Tour

If you have 7-10 days, you can explore the nearby cities of Kunming, Dali and Shangri-La.