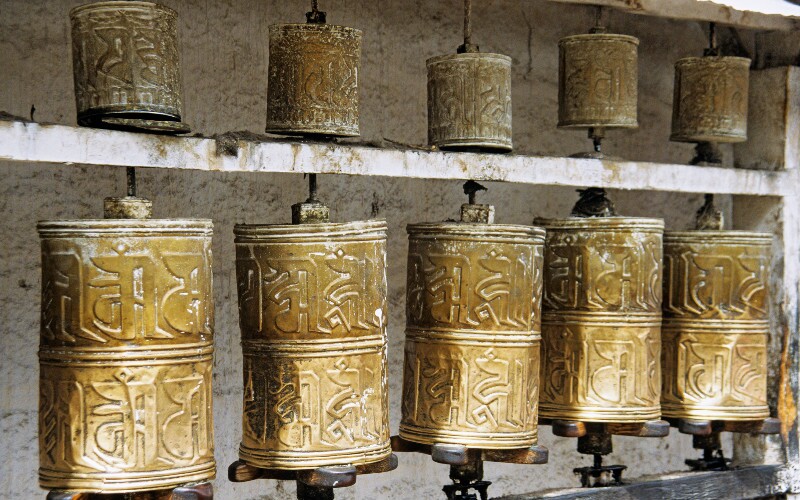 Ngari is known as the "roof of the world" and “the most Tibetan part of Tibet”. It may well contain the most inaccessible part of the globe outside of polar regions.

Burang, Zhada, and Rutog, in the southwestern and middle parts of the prefecture, engage mainly in agriculture, supplemented by animal husbandry, while Coqen, Gerze and Ge'gyai, in the east, engage purely in animal husbandry.

Gar Town, which is 4,200 in elevation and 1,655 kilometers from Lhasa, is the capital town and the center of politics, economics and culture in Ngari.

Mount Kailash, the most significant mountain not to have seen any known climbing attempts, because of its holy status in the Hindu, Buddhist, Jain, and Bon faiths, is located in Southern Ngari.

Mount Kailash is believed by Hindus to be the home of Shiva, the Destroyer of Evil and Sorrow; and for Buddhists it is the home of the Buddha Demchok, who represents supreme bliss.

Setting foot on the slopes of the mountain is seen as a sin in these religions and pilgrims make the 52 kilometer circumambulation of the mountain by walking, which may last one to three days, or a series of over 30,000 prostrations, which lasts at least four weeks.

Kailash is the source of tributaries of three of Asia’s most significant rivers: the Ganges, the Indus and the Brahmaputra.

Lake Manasarovar is beautiful. The blue of the lake mirrors the blue sky and white clouds, and in a climate with little vegetation and grey dirt, the blue of the fresh water contrasts strikingly with the white sides of Mt. Kailash nearby.

Every year, pilgrims from India, Nepal, China, and many other countries visit Mount Kailash for a yatra (a pilgrimage to a holy site) and to do a kora (a sacred walk) around the sacred mountain. Some of them also do a kora around Lake Manasarovar, which is believed to bring cosmic blessings.

If you want to go on your yatra, check out our complete guide.

Visit Ngari with Us

No matter what religion you believe in, or even if you are not religious, going on a yatra around Lake Manasarovar can be a memorable experience.