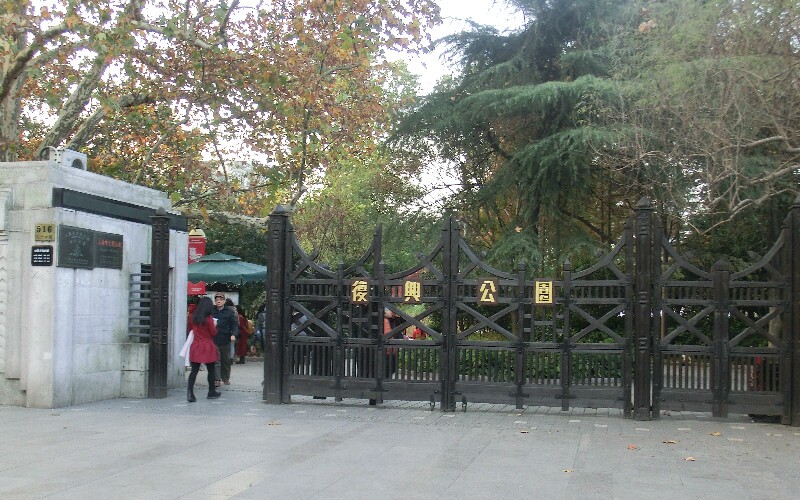 For those interested in the vestiges of the French colonial era, Fuxing Park is a good place to take in. This once private park of the Ming Dynasty was re-opened during the French Concession era in 1909, and is now accessible to any visitor. It is suitable for both young and old visitors and will provide a quiet space away from the hustle and bustle that characterizes Shanghai.

The Marx and Engels Statue

The Statue of Marx and Engels

In the northern part of Fuxing Park, the visitor can find the statue of Karl Marx and Friedrich Engels. Built in 1985, the statue is 6.4m tall and has a weight of 70 tons. The statues' purpose was to commemorate the 90th anniversary of Engels' death.

More than 10,000 trees of 140 species have been planted in Fuxing Park in recent years, highlighted by sycamores, buckeyes, and maples, which provide shade for visitors on hot days. Such places of repose and shade are very much required when visiting Shanghai, especially during the summer when the temperature is high.

The park was originally a private garden in the Ming Dynasty. The French took it after the Opium War and had added more French elements to it, making it the only French-style garden in Shanghai. However, little of the colonial-era remnants left, and today the park become a very popular entertaining place for the locals.

Neighboring Fuxing Central Road to the south, Chongqing South Road to the east and Sinan Road to the west, Fuxing Park has three gates: the South Gate, the North Gate, and the West Gate.

Younger visitors can enjoy the bumper cars and carousel while adults can feast in one of the many restaurants.

Sun Yat-sen is the founder of the Republic of China. He played a great role in the overthrow of the Qing Dynasty and dedicated his life to transforming China. His residence was opened to the public in 1988, and is listed as one of the Key State preserved cultural locations in China.

The Site of the First National Congress of the Communist Party

The First National Congress took place in July 1921. It has been turned into a museum that has exhibits showcasing the history of China, the history of Shanghai and the history of the Communist Party. Everything is placed as it was 84 years ago creating an imposing atmosphere for the visitor.

Fuxing Park is very near to one of the most famous shopping streets in Shanghai, Huaihai Road, both of which went through great changes in the 20th century, showcasing the different commercial and cultural landscapes of Shanghai together.

Tours around Shanghai with China Highlights

See Shanghai from on high in one of the Pudong towers.

Or you can contact us for a custom-made tour.