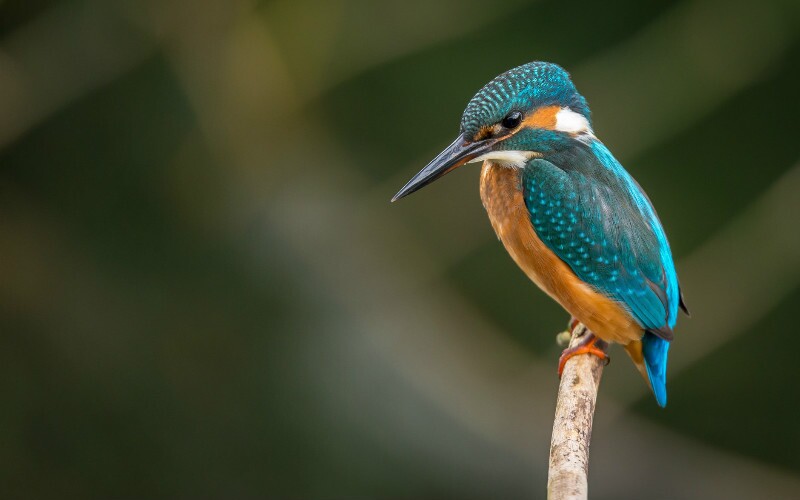 Birdwatching in China — enjoy the best of China's birdlife

According to the Chinese proverb, "A bird doesn’t sing because it has an answer, it sings because it has a song." Birdwatching is becoming increasingly popular with tourists in China today.

It’s a golden opportunity to connect the pleasurable with the beneficial: allowing one to relax, order one’s thoughts, gladden the eye and enjoy pleasing sounds. Furthermore, scientists claim that birdsong produces curative effects on people, and based on this, doctors now use birdsong as a method of treatment. It is thought to have apositive impact on the physiological processes of the organism.

Below are some of the top birds to see and hear in China...

The mandarin duck is the most beautiful duck in the world: it is bright and its charismatic appearance distinguishes it from the rest of the other species. This bird took its name from the Mandarins, the bureaucrats of Imperial China, who wore bright colored clothes. Ponds in parks and gardens of China were beautified with mandarin ducks for many centuries.

The moral virtues of this bird are not less intriguing than its appearance. In Chinese culture, these birds are believed to be lifelong couples and die if something parts them. There is a Chinese proverb, used to describe a couple in love: “Two mandarin ducks playing in water.”

Chinese call a pair of mandarin ducks yuanyang, where yuan (鸳) stands for the male and yang (鸯) for the female mandarin duck. They are regarded as a symbol of fidelity. As a result, these birds are often depicted in art, so during the tour around China, you'll often encounter similar images. For example, mandarin ducks are often used as decorations of premise at Chinese weddings.

It may come as a surprise if somewhere in a restaurant in the south of China you find the name of these ducks in the menu, but not referring to their meat. That is because the Cantonese word yinyong denotes a strange pair, as well as mixtures of different ingredients, such as a mixture of coffee or tea with milk. A common explanation is the fact that the plumage of the male and the female are not similar.

If you go drifting along the Yangtze River, you will be able to see this bird sitting on tree branches above the water, or on coast rocks, or in the water with a slightly raised tail. They are easily scared and will take "flight" quickly. The mandarin duck swims quickly and flies up easily, sometimes almost vertically.

The nightingale is unmistakably known throughout the world for its singing. Based on the depth and variety of tones, it competes only with the human voice, but often surpasses it for high-pitched sounds and beauty.

Our hearing does not capture many high-pitched sounds, or the frequent changes in volume and pitch of sounds (trills) of nightingale singing, but these sounds still have an effect on us: nightingale singing treats depression, relieves headaches, and stimulates the working of all organs.

It inhabits mountain ranges at 1,500–3,000 meters above sea level, from the Himalayas in the west to the lower reaches of the Yangtze River in the east, hiding in impassable bushes, and bamboo thickets. If you're traveling during the winter, you are more likely to take a picture of the nightingale, when flying over the lower mountain belt.

Among 40 squads and 100 billion individual species of birds on the Earth, the Chinese psittacula parrot is extremely notable and instantly recognizable. In fact, there is no one who wouldn’t recognize the parrot at first sight.

It has too many characteristic peculiarities — its appearance: a massive, short hooked beak, which they use to great effect (a large parrot can easily bite through a couple of millimeters of steel wire), luxurious color-rich feathering, and the ability to copy human speech. It is well known that parrots are the most intelligent and sociable birds on Earth. In Chinese culture, the parrot symbolizes companionship, good temper, and memory.

You can watch flocks of psittacula while traveling in the south of China. They inhabit long-boled tropical forests and woody areas of the highlands to a height of 4,000 meters above sea level in the southwest China, and southeast Tibet. Xishuangbanna is a good place for watching these birds.

If you have a lucky encounter with these birds early in the morning or in the evening, you can even try to feed them. They are usually hungry at that time and fly in search of food — be it seeds, nuts, or fruits.

In ancient China, the golden pheasant was a symbol of the empress and high-rank civilian officials. This bird was regarded as a sign of prosperity, happiness and beauty. You might be lucky to see this "bird of happiness" while traveling around mountain regions of central China and southeastern Tibet.

Bamboo thickets at the foot of rocky hills are favorite habitats for the golden pheasant. You will take many beautiful pictures if you have a camera with you. However, at any sign of trouble pheasants prefer to flee, taking off if feeling threatened.

If you are going to travel in the summer, your pheasant photos won't be so colorful. At this time of year, the birds cast their feathers and lose their glossy dress. If you want to catch the pheasants at their best, the best time for your holiday is in March and April when the male violently courts for its chosen one, dancing around and showing a glittering golden collar.

If you hear the sound of rolling deflated tires in the thickets, do not be alarmed. It's not a crashed plane! It’s a pheasant performing courtship rituals to attract a female.

The Chinese green magpie is renowned for its tail: of all the members of the crow family it has the longest tail. The green magpie’s other distinguishing feature is that it is the most elegant of the birds in its family.

Its plumage also changes according to its environment. Out in the open, where the rays of the sun fall directly onto its feathers, its green plumage fades and turns pale blue, and the bright brown patches on its wings take on a light brown shade.

In China the magpie symbolizes a happy meeting, happiness, and good fortune. In ancient times “emblems of happiness” in the form of two magpies were hung in the streets and in the windows of homes and public buildings during holiday time.

The magpie’s love of collecting shiny objects has led to a tradition in China, according to which a separated husband and wife break a mirror and each kept a half. If one of them was unfaithful, their piece of the mirror would turn into a bird and announce the news to the deceived one.

For this reason there are many bronze mirrors in China bearing the magpie’s image. A picture of twelve magpies represents good wishes, and the image of a magpie, bamboo, and a plum is a symbol of happiness and love in marriage, mostly seen at weddings. During the reign of the Manchu Qing Dynasty (1644–1911) the magpie also represented imperial rule.

You can find the Green magpies in the bamboo thickets and evergreen forests of southern China, at the foot of the Himalayas. As a rule green magpies occupy the lower area of the forest canopy. Their call is a sharp whistling sound, which is the way they communicate with one other.

Where to Find Other Birds in China

There are many beautiful and amazing birds all around the territory of China. If you want to adjust the itineraries mentioned above, we can tailor-make it for you. We can help you arrange your tour according to your interests and requirements.