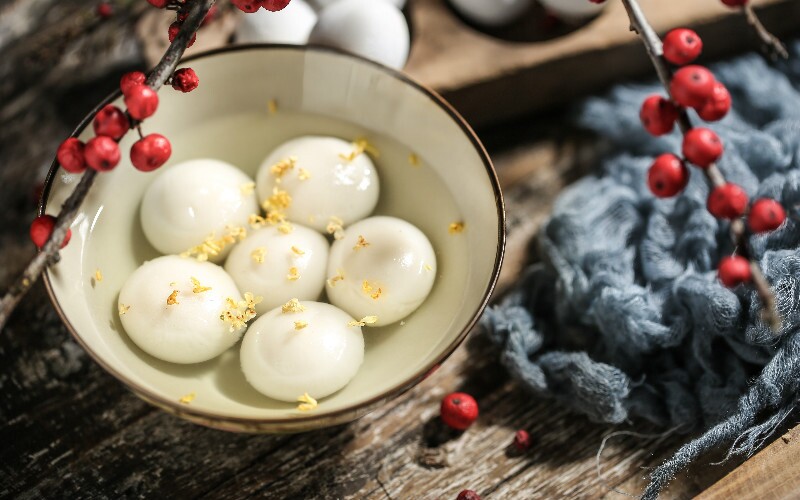 The Symbolism of Chinese Foods

Fish is an important Chinese New Year food, symbolizing abundance and an increase in prosperity.

China is a country with a long history, and food has played an important role in the development of Chinese culture. Every year many traditional festivals and events are celebrated with special foods. Some of these foods have particular meanings, such as good luck, best wishes, unity, and commemoration.

The Origin of Food Symbolism in China

Dating back at least 2,000 years, the symbolism of foods in China comes from superstitions or traditional beliefs in eating to invoke/celebrate blessing. A meaning or "power" is associated with foods through food name pronunciation, food shape, colors, food history/legends, and so on.

Lantern Festival is the first full moon night in the Chinese calendar year, and the full moon as well as the food symbolizes family reunion.

Sisters' Meal Festival is celebrated by Miao ethnic people on the 15th day of the third Chinese lunar month in Guizhou Province, south central China. They celebrate by eating five-color rice, which is regarded as a symbol of the Miao people.

The sticky rice sticks together, representing solidarity, and it is colored purple, red, yellow, white, and black using different leaves, berries, and flowers.

Dragon Boat Festival is an important celebration in China to commemorate Qu Yuan, a famous patriotic poet of China in ancient times.

Their symbolism is based on a legend: Qu Yuan drowned himself in the Miluo River on hearing his state was defeated. It's said that people threw rice dumplings into the river to feed the fish, so they wouldn't eat Qu Yuan's corpse…

Mid-Autumn Festival is the second most important traditional Chinese festival. It is a time for family members and loved ones to get together to celebrated family reunion. Therefore, people celebrate it by preparing foods with family-reunion symbolic meanings.

Besides festival foods, there are other foods with symbolic meanings eaten at special occasions to invoke (or celebrate) a specific blessing…

One of the characters in the Chinese for lobster (龙虾 lóngxiā) is 'dragon' (龙), and a chicken looks like a phoenix, so lobster and chicken symbolizes 'a dragon and a phoenix', representing auspicious male-female pairing in Chinese culture.

This is because noodles have a long shape, representing a long life. An old superstition says that it's bad luck to cut them.

According to Chinese myth, peaches were a sacred item served on the birthday parties of the immortal Queen Mother of the West.

When Celebrating the Birth of a Baby

The symbolism is obvious here. After a baby is born, parents may give "red-boiled" (chicken's) eggs to their relatives and friends to announce the birth of their baby.

If you want to experience the Chinese festivals mentioned above and taste authentic Chinese food, China Highlights can help you! See our popular festival tours and food tours.

Or you can contact us and we can tailor-make a Chinese food tour for you based on your needs and wants.