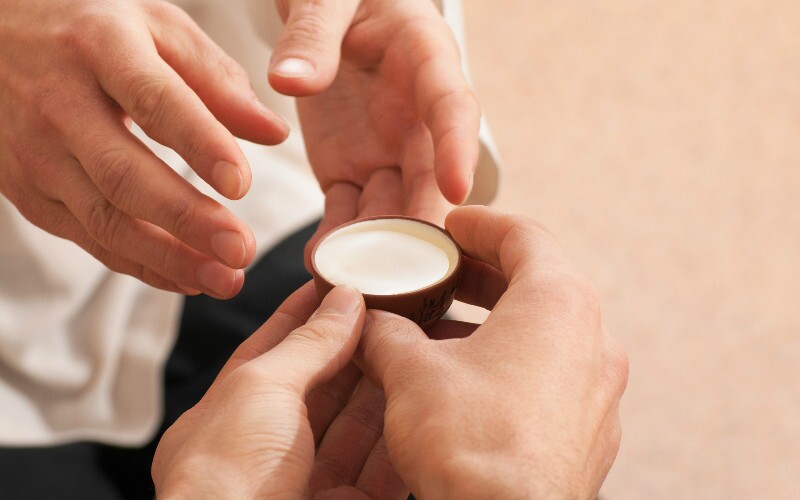 Chinese Wedding Tea Ceremony — Things You Might Not Know

Tea plays a significant part in both engagements and weddings for Chinese people.

A tea tree cannot be transplanted; it only sprouts and grows from a seed. Thus, people took tea to symbolize loyalty, love, and the expectation of a happily married life.

Tea was an important part of the betrothal in Chinese pre-wedding traditions. Before the wedding, the groom's family presents the bride's family with betrothal (or engagement) gifts. Tea is an important element of this dowry.

It's hard to know the exact time when tea became a routine part of Chinese dowries. The earliest written record of tea ceremonies is from the Tang Dynasty (618-907). When the Tang princess Wencheng married the Tibetan emperor, Songtsän Gampo, in 641 AD, tea was on her dowry list.

Ever since the Song Dynasty (960-1279 AD), tea-giving has been an indispensable part of the marriage process. Even for needy families, tea has been an essential component of betrothal gifts.

Furthermore, since tea-drinking was prevalent during the Song Dynasty, tea was also necessary for entertaining guests on the wedding day.

The Meaning of Chinese Wedding Tea

Since the early 1990s, weddings have become modernized and now partly imitate Western practices. However, the tradition of tea ceremonies at Chinese weddings has remained, and is still highly valued today.

The tea ceremony is one of the most significant events at a Chinese wedding. It's called jing cha in Chinese, literally meaning, 'to respectfully offer tea'. It incorporates a very formal introduction of the bride and groom, and expresses respect to their families.

Kneeling or Bowing to Serve Tea

In the distant past, the young couple was required to kneel while serving tea as a sign of respect.

Nowadays, most modern families only require the couple to bow.

Who Tea Is Served To

Generally, the couple should serve their parent first, then their grandparents, and then other relatives. However, sometimes grandparents are served first, then parents.

In addition, the bride used to serve tea to all the close relatives on the groom's side; but today this custom is rarely followed and only by more traditional families.

Originally, tea ceremonies for relatives of the bride were usually convened in the afternoon. The bride would have served tea privately to her own family, before she was married.

The tea ceremony for the groom's side was usually in the morning, and should be conducted after the couple were married and had settled down.

Today, many couples choose to show respect to both the bride's and groom's families by hosting a tea ceremony for both sides at the same time, instead of hosting two separate ceremonies as in the past. Most families nowadays will organize a common wedding banquet in a hotel or restaurant.

Both the bride and groom are expected to serve tea to both sets of parents. When they do, it's an important moment, making the point when members of the two families become relatives.

After the couple serves tea to both sets of parents, the parents respond by presenting the new couple with red envelopes containing money and sometimes even gold jewelry. At the same time, many parents will also give the couple some advice and blessings, expressing their love and best wishes.

In the past, people normally used lotus seed and red date tea or longan and red date tea. In Chinese tradition, lotus seeds and longan fruit represent heirs and red dates represent sweetness, the combination of which symbolized that the couple would have a sweet married life and bear children quickly.

Now, however, there's no strict rule about it. People normally use green tea or even just boxed beverage.

The ingredients once used for wedding tea were rich in best wishes for newlyweds.

There's a customary saying for all Chinese newly married couples: "早生贵子。"(Zǎo shēng guì zǐ. /dzaou shnng gway dzrr/ 'Soon give birth to precious child(ren).'). This refers to the traditional wish that the couple have a child (or children) as soon as possible.

"Lotus seeds"in Chinese are "莲子"(liánzi /lyen-dzrr/) and children in Chinese is "子". Also the Chinese character "莲"looks like and sounds the same as "连", meaning 'in succession'. So it may be seen as a wish for several children!

In China, people consider the lotus as the representation of holiness and purity, since, though it lives in the mud, the plant rises up and is not stained by it. It is usually used to symbolize innocent and true love.

In addition, people thought the lotus was the only plant to present both flower and seed together at the same time, which was taken to mean 'inheritance'.

Furthermore, there's a very popular type of lotus in China called the bingdi lotus, (并蒂莲) with twin flowers on one stalk. Chinese people think it stands for a devoted married couple.

Longans in Chinese have the less-popular name "桂圆"(guìyuán). "桂圆"is a homophone of "贵", meaning precious in the saying above. "圆"is also a popular character in Chinese culture, meaning round and full (like the moon).

We have designed tours especially for tea lovers to have an in-depth tea culture experience in China. Here is one of our most popular tours, for inspiration:

If you are a tea fan, this tea culture tour will thoroughly satisfy your thirst.