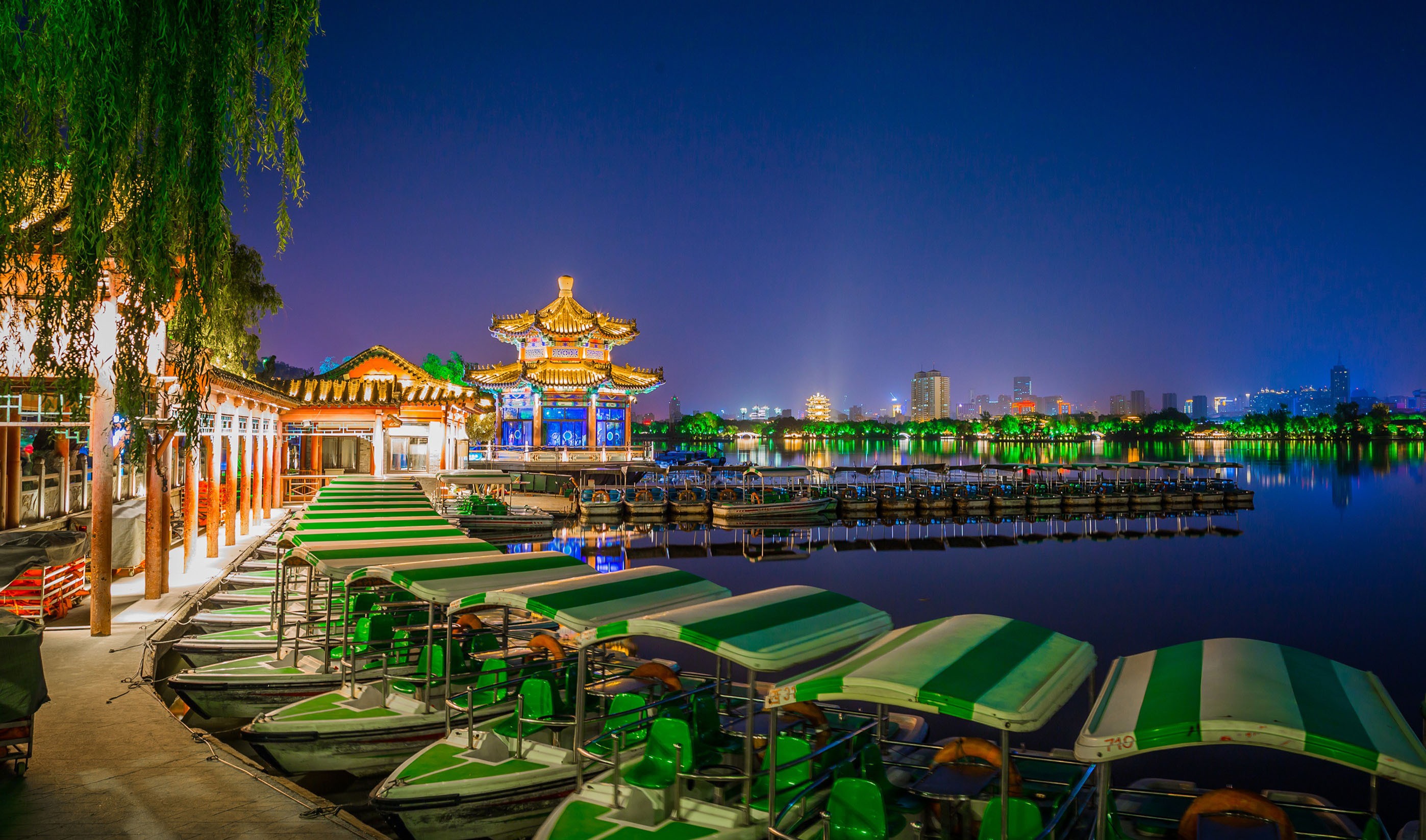 The Jinan North Mosque is one of the most famous masques in China. It was first built in the Hongzhi Period, Ming Dynasty(1368-1644). It is a holy place for Muslim people to do prayer, and also is an important center to learn Islam's religious activities.

The temple covers an area of about 5,400 square meters including constructed area 2,252 square meters of constructed area. It is a two-entrance courtyard. The major constructions are the main gate, second gate, prayer hall, side halls, moon building, teaching rooms and other facilities. All the constructions are ranged in an axis from east to west . The architectural design of the temple combines Chinese classical palace-style and Arabic architectural characteristic in a whole.

Customize a muslim trip to Jinan

The Jinan South Mosque was first built in Yuan Dynasty(1271-1368). The temple, covering an area of 6,330 square meters, is located in the west and opposite to the east. The major constructions are the main gate, moon building, prayer hall, bath house, teaching room, office room and other facilities. The moon building divide the whole yard into two small quadrangle courtyards. All the constructions are ranged in an axis.

In every Friday, the local Muslim people would do prayer in the temple. Every traditional festivals such as Eid al-Fitr, Id al-Adha, St. Clement, more Islam will come here to celebrate these holidays.

China Highlights are your China travel expert. We can help you customize a muslim trip to Jinan.