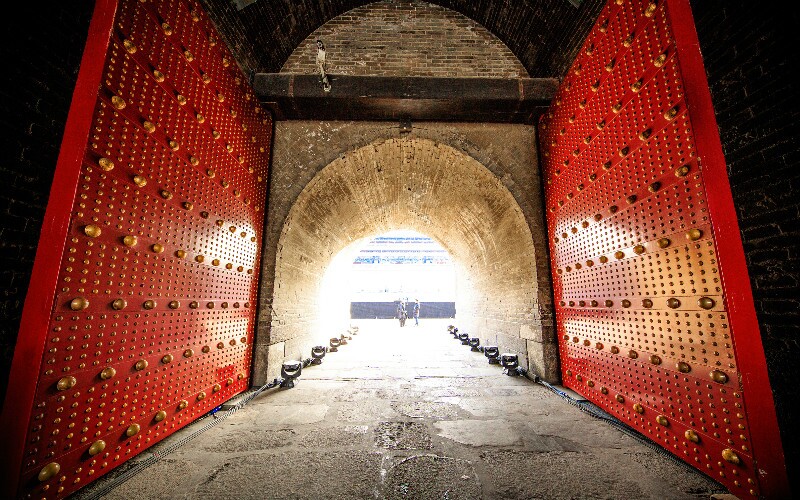 The City Wall of Xi'an

Xi'an served as the imperial capital for ten ancient imperial dynasties and a number of regional kingdoms.

Xi'an has a great number of precious relics and historical sites, some dating back to its times as capital. More than 4,000 historical sites and tombs have been excavated.

The Terracotta Army was made during the Qin Dynasty.

The Qin Dynasty was soon sacked and the Han Dynasty took power. The Han rulers based their government in Xi'an. The Han Dynasty ruled in Xi'an from 206 BC to 220 AD, during which time the city began to flourish. Xi'an was the starting point of the world's longest overland ancient trading route, the Silk Road. It was a highly significant trade route linking ancient China with Central Asia and European countries.

However it wasn't until the Tang Dynasty (618–907) that Chang'an (today’s Xi'an) came into its own. Chang'an was one of the biggest international cities at that time, a great metropolis of equal importance with Rome in its heyday. The Tang Dynasty witnessed advances in many fields and the capital city boomed. It was built with grand, symmetrical layouts and became a model for city design at that time.

After the fall of the Tang Dynasty, Xi'an went into decline and its tenure as capital of China came to an end. Although Xi'an still played an important role as a commercial center on the Silk Road in the later dynasties, it never regained its political or cultural importance.

Want to learn more history of Xi'an when you visit Xi'an? It is advisable to have a professional guide, who will share with you a lot of background information and stories about Xi'an.

Here are our most popular Xi'an tours for your reference:

Not interested in the above tours? Just tell us your interests and requirements, and we will tailor-make your Xi'an tour.